There’s no doubt that game was huge for us. We played a good hockey game that night and all of a sudden it looked like we were going to come out with no points. Then with 0.3 seconds left on the clock we tie it up and then we win the game. Our team was really excited after that game. They were excited, pumped up and I think that’s been a big positive for us moving forward. –Gerard Gallant on VGK Insider Show

With each and every game that’s passed since, the game in Nashville is looking more and more like the turning point of the season. 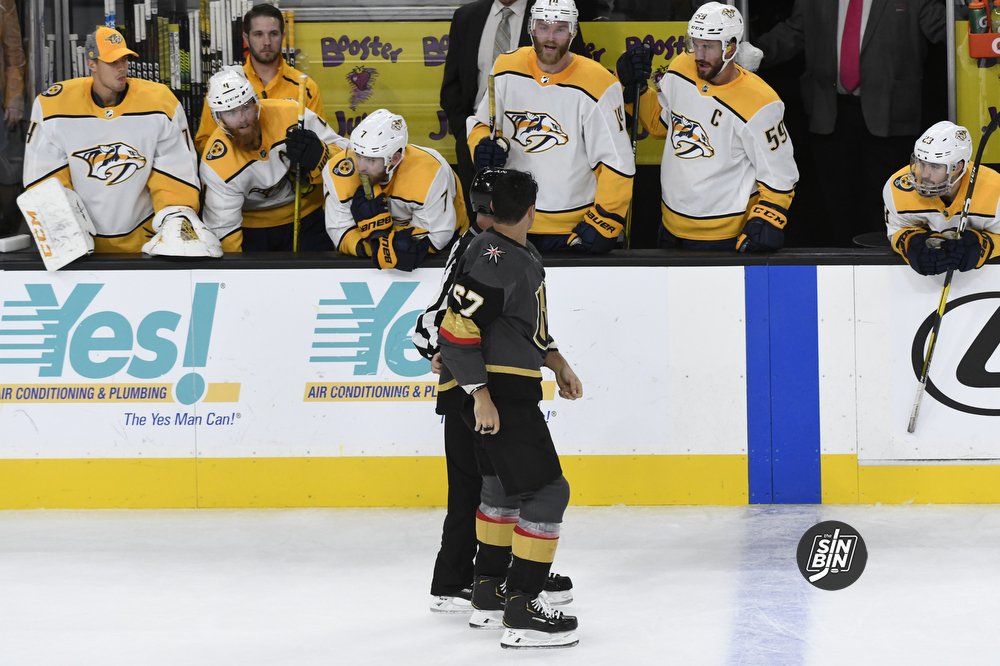 Since that game, which was three weeks ago now, the Golden Knights are 8-2-1. They’ve won four road games, and even in the three games they dropped they played well for the majority of them.

There’s plenty that’s changed since that fateful night in Nashville (listen to our podcast dropping later today where we dive into all of them), but the biggest one is undoubtably the introduction of VGKD 2.0.

It’s no secret we tweaked some things in our game and I think it’s allowed us at times to work hard going the other way. -Max Pacioretty

We’ve been a lot better at getting our guys up into the offensive zone and keeping pucks alive. You give our forwards an extra 10 seconds in the zone and that’s all they need sometimes. -Nate Schmidt

It seems like we’re in our zone a little less and that allows us to go the other way and put a little more energy into the offensive side of things. Not to say that we want to cheat but there’s a little more sorting out plays in the D-zone rather than just sticking with your man and wasting energy. I feel like it’s been a big difference in our game. -Pacioretty

Pacioretty is understandably mostly focused on the difference VGKD 2.0 has brought the offense. He’s been on fire since the chance scoring seven goals and tallying 12 points. But it’s also kickstarted Mark Stone who is on a five game point streak with a goal and seven assists, it’s fed the 1st line’s transition game, and maybe most importantly the Golden Knights have gotten 20 points from blue liners in 11 games after getting just 37 in the first 26 games. (The Review-Journal’s Ben Gotz wrote a full story on this.)

It seems like our game has taken off since then and guys have responded really well like that. So you have to give credit to the coaches for making a tweak. That’s not always easy to do but it’s something they thought would benefit our group and they deserve the credit for the results. -Pacioretty

The benefits are seemingly endless and the results have come with them in bunches. Gallant will probably continue to undermine the importance of the change, but as far as I’m concerned, the 2019-20 season can be split in two, before VGKD 2.0 and after. It’s been that much of a difference maker.