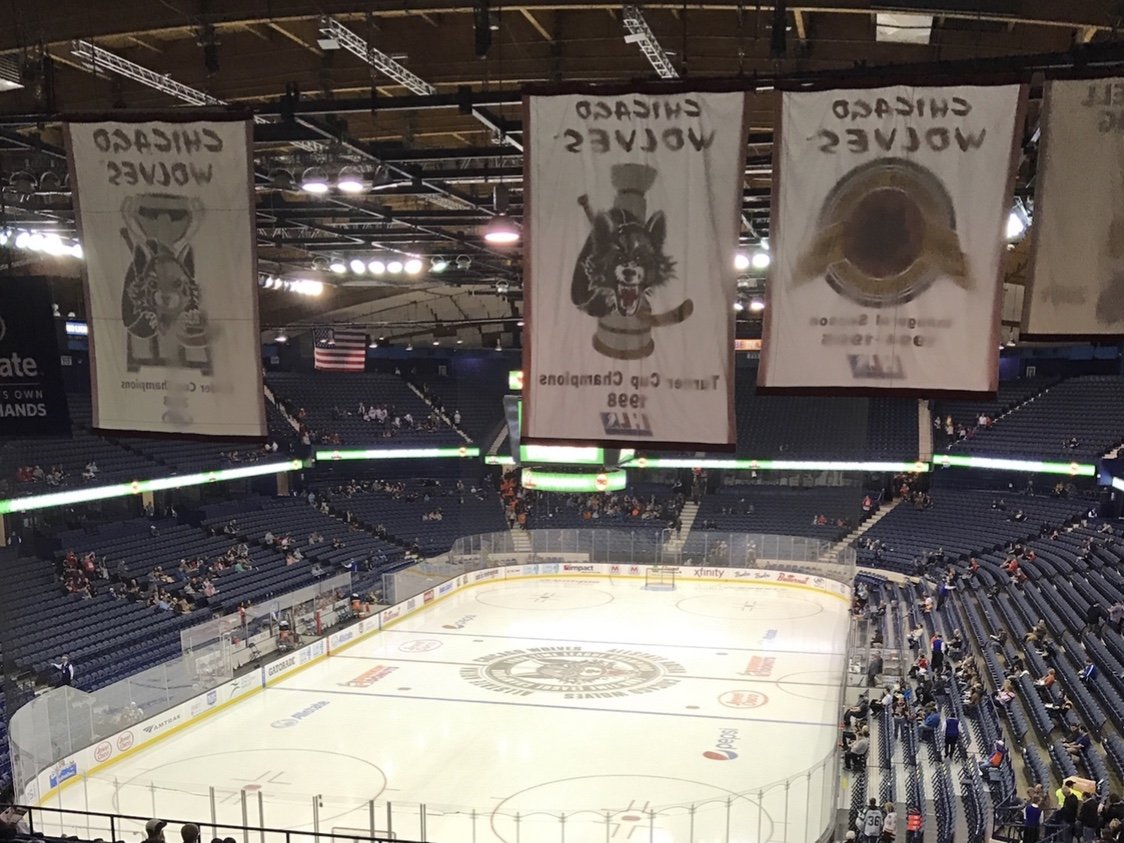 The Golden Knights AHL affiliate is currently the Chicago Wolves, but according to multiple sources that may change as soon as next year.

Per SinBin.vegas sources, Boyd Gaming and The Orleans Hotel and Casino are expecting the Golden Knights to purchase an AHL franchise and move them to Vegas to play at the Orleans Arena.

The current plan is expected to have the team play at Orleans Arena for two seasons before moving to a new rink built specifically for the AHL.

Earlier today, David Andrews, the President of the AHL, said the Golden Knights are in talks with other AHL team owners about purchasing a team.

AHL Prez David Andrews says Vegas Golden Knights are interested and in talks to buy an AHL franchise. Premature to say much more. Said if it's going to happen for next season, needs to happen in next few months. He talked about the team being in Vegas, as we previously reported.

The Orleans Arena was previously home to the Las Vegas Wranglers of the ECHL from 2003-2014. Orleans announced in December 2013 that they would not be renewing the Wranglers lease which eventually forced the team to cease operations.

Per Wikipedia, Orleans Arena’s capacity for hockey is 7,773. The Wranglers’ highest season average attendance was 5,531.

Two teams have their AHL affiliate playing in the same building as the NHL team (Winnipeg and San Jose), while another four (COL, MTL, BOS, TOR) play within an hour drive. In Toronto, the Maple Leafs play in an arena 2.1 miles away from the Marlies. Orleans Arena is located 2.0 miles from T-Mobile Arena.

The Chicago Wolves and Vegas Golden Knights continue to be partners with a common goal to win championships. If there comes a time when Vegas purchases the rights to another AHL franchise, then the Wolves will find a new NHL partner that also believes in the importance of competing for Calder Cups. -Wendell Young, Chicago Wolves GM

‪We have had discussions with American Hockey League representatives regarding the possibility of securing an AHL club on an ongoing basis since our team’s inception. While we remain very interested in the opportunity, specific details related to an acquisition or the potential location of the acquired team are yet to be determined. -Vegas Golden Knights