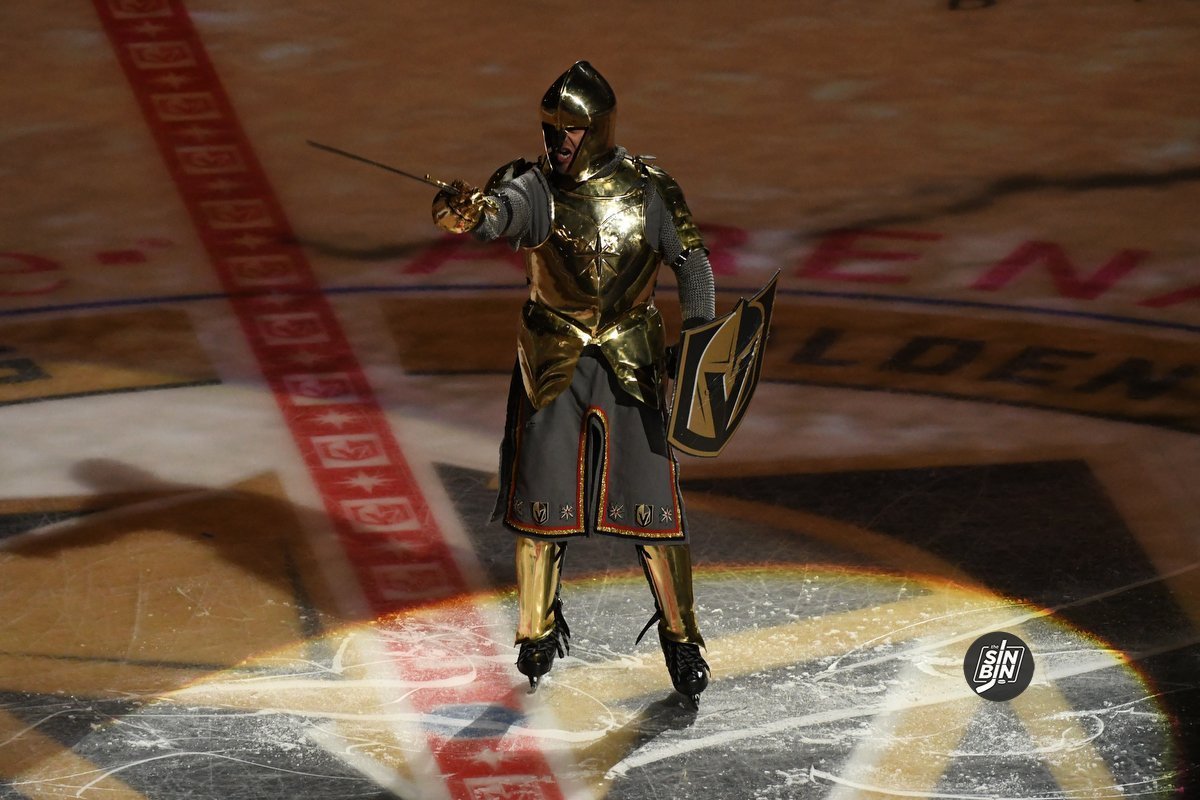 The Golden Knights are currently in the midst of a hard-fought playoff series with the budding rival San Jose Sharks. The series shifts to Vegas tonight for a pivotal Game 3, yet the story of the day isn’t about penalties, forechecking, goaltending, or anything else on the ice. Instead, it’s about a brand new player being added to a team that won the Western Conference Championship a year ago and are on the path to potentially doing so again.

Nikita Gusev’s season ended in the KHL a few days ago, he quickly terminated the final few days of his contract with SKA St. Petersburg so he could board a plane to the United States and join his new team, the Golden Knights. The 26-year-old forward is the reigning MVP of the KHL and racked up 82 points in 62 games before tacking on another 19 in 18 playoff games.

There’s no question, eventually, Gusev could be a high-end NHL player and a true difference maker for the Golden Knights, but from the outside looking in, the timing of his arrival can be viewed as a major distraction.

Whether it’s simply having another face in the room, a new body on the practice rink, or the locker-room dynamic of him pushing a player who has worked all season long to get to this point out of the lineup, there’s no shortage of reasons why this could blow up in the face of the Golden Knights.

However, Vegas is confident they are able to pull something like this off for one main reason.

I believe in my organization fully, they’ve done great things since the beginning, so let’s see how it goes. -Jonathan Marchessault

The Golden Knights have only been a team since June of 2016. They’ve only had players since June of the following year, and they haven’t yet completed their second season as an NHL franchise. Yet, from a player’s perspective, there’s no reason not to have complete confidence that whatever the management of this team does, it will help them achieve the ultimate goal.

I’ve yet to find out that I wasn’t happy with anything they’ve done so far. Obviously, we are a young organization but every decision that they’ve made (has been good). There’s a lot of brainpower up there. With the way we’ve been doing so far in the short life that we have as an organization, I think they’ve done an unbelievable job so I’m not going to start questioning anything. -Pierre-Edoard Bellemare

From Expansion Draft laughingstock to #1 in the league by January, to winning the Pacific Division, to raising a Western Conference Champions banner, to backing it up by cruising to a playoff berth a year later, it’s literally been about as perfect a franchise as one could be.

This belief means everything.

The trust in the organization runs from the man at the top, The Creator, down through the GM, the front office, the coaching staff, and all the way to the players.

That trust is why Nikita Gusev can be plopped down into a locker room of a team two games into a playoff series. Everyone truly believes that anything and everything this team does will work. Rather than question it, they accept it, believe it, and in many cases embrace it.

We trust in our organization and in each other. Everyone from top to bottom will handle it the right way, and know how to be professional about it. -Jon Merrill

This should be risky, but for this team, it’s not, and who knows, it’ll probably end up working out perfectly.