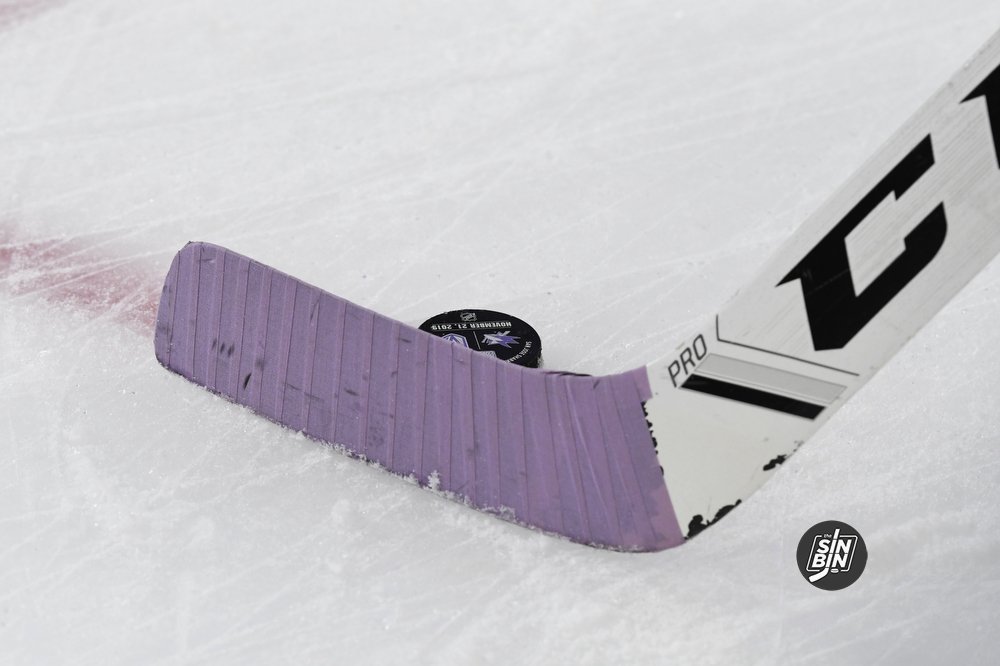 Many Golden Knights fans would like to see Logan Thompson named as the starting goaltender for the 2022-23 season. It’s a strong argument considering how well Thompson performed late in the season when injuries promoted him as Vegas’ number one. So, are Bruce Cassidy and the Golden Knights coaching staff leaning towards Thompson? He’s confident, skilled, and younger but he’s not as experienced or expensive as the other goalie on the team. Which could lead the organization to eventually select last season’s planned backup, Laurent Brossoit.

The last time Kelly spoke it sounded like Brossoit was almost certainly missing Opening Night and a bit beyond, now it seems like if he's not there on 10/11, it'll be shortly after.

Our last update from the organization on Brossoit was promising. The 29-year-old is rehabbing from his offseason surgery and is feverishly working his way back to form. There is no announced date or timeline for his return, but many assumed it would be awhile based off the limited information we’ve received over the summer. Last week NHL.com reporter Kevin Woodley reported Brossoit could be available sooner than later.

He isn’t ready to be on the ice yet, but there was some talk that he isn’t that far away from skating. All indications are he is ahead of schedule, but that doesn’t mean he will be ready for opening night. It could be a few weeks into the season. –Kevin Woodley, NHL.com

Woodley participated in an NHL goaltending camp which happened to be presented by the agency that represents Brossoit. The Golden Knights goaltender wasn’t in attendance, but representatives gave Woodley some positive news about the veteran’s potential return.

The camp that I was at last week was put on by his agency and LB wasn’t there. Not ready to be on the ice yet. There’s a lot of examples of guys having it done in the same window. Having this exact surgery and being back by training camp. Maybe not the beginning of camp but on the ice and doing drills early in the season if not for the start of the season. -Kevin Woodley, NHL.com

The former Winnipeg Jet and Edmonton Oiler built a strong reputation for being active and keeping himself in top shape. When healthy, it’s certain Cassidy will take advantage of Brossoit’s motivation to get back on the ice and compete for a starting NHL goaltending position.

Dating back to his Edmonton days, when it comes to working out and taking care of himself, he’s been near the top of the league physically for years. This is a guy that sets the standard. It’s frustrating for some of the other goalies just how easily Laurent Brossoit rips through some of the hardest exercises they’re asked to do. When you take care of yourself to that degree it gives you a better chance to heal. Usually, being in better shape provides a better outcome in terms of recovery. -Kevin Woodley, NHL.com

Like Thompson, Brossoit had success in fill in roles up in Winnipeg. An open competition could elevate both goalie’s level of play which the Golden Knights would greatly benefit from.

Is he ready for game one or does he need a little time after the season starts? Barring a setback, we’re not looking at anything longer than that. -Kevin Woodley, NHL.com

Either a 50/50 split or a clear number one, it doesn’t matter. Vegas will desperately need consistency in net without Lehner. Thompson is the early favorite but expect the organization to give Brossoit every chance to win the position when he’s fully healthy.