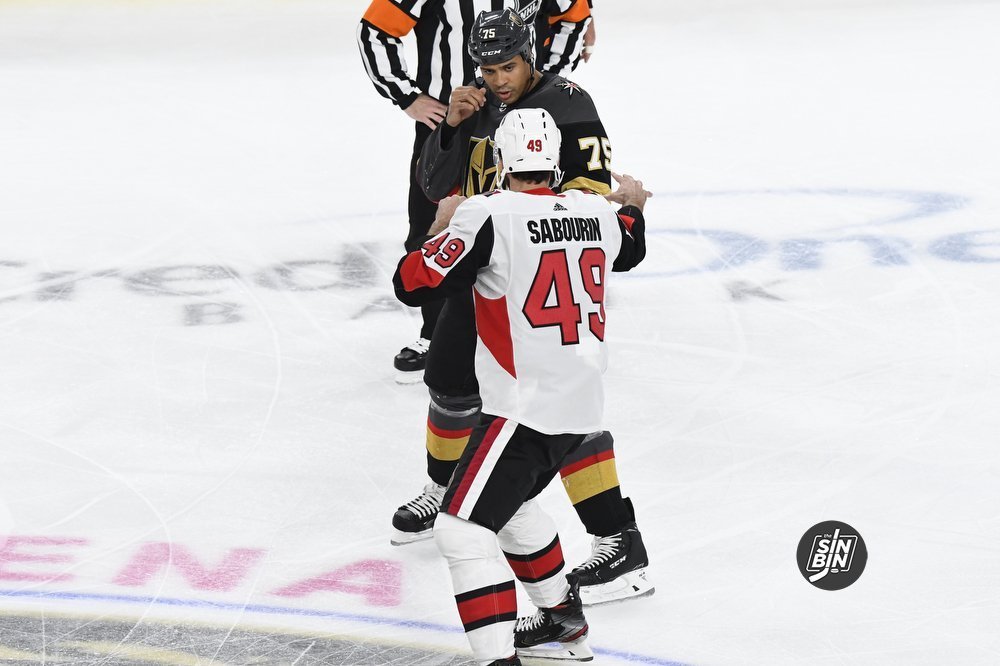 During the 2019 playoffs, Ryan Reaves talked about why his game was suitable for the postseason. One thing he didn’t mention was fighting.

I play physical but I know how to stay within the limits of the game and not take penalties and hurt the team. Otherwise, I think I’d be out of the league by now. It’s tough to stay in the lineup, especially in the playoffs if you’re taking a bunch of penalties. Especially, when you’re not a top goal scorer. -Ryan Reaves, 04/19/19

In three seasons with the Golden Knights, Reaves’ fight total has cut in half since his arrival. Overall, fighting in the NHL has dropped significantly. This isn’t new. Player safety and roster management are the biggest reasons behind the decrease. However, it now seems that cutting back on fights may be just the start.

Reports out of Canada are that the OHL is considering banning bodychecks when they return to play. With the continuation of the pandemic, health officials in Ontario determined checking could lead to massive COVID-19 spreading.

It’s highly unlikely the NHL heads down that path any time soon, but they could easily use the pandemic as a way to completely eliminate fighting from the game if they so choose.

While Reaves and the rest of the league drop their gloves less and less, the league continues to reexamine its existence in the sport. With the pandemic looming, and the start of the season nowhere in sight, fighting in hockey may have finally met its match.

It’s clear the Golden Knights continue to extend Reaves for other elements to his game. According to Vegas President George McPhee, fighting isn’t necessary in today’s game, but he values a player that skates with a threatening presence.

I think we all enjoy where the game is right now. I don’t care if I ever see another fight again but I like having the threat of a fight in the game to keep people honest… and can sometimes keep the temperature down when you need to keep it down because we’re carrying sticks and it’s a physical game. -George McPhee to Our Line Starts Podcast

The next conversation is how to punish players if they do get into a brawl. It may not look like a fight but sometimes one can break out in other sports. Normally, the players involved are ejected and suspended. That could be a direction the NHL will take. Pandemic or not, fighting was being phased out of the game, but now it’s closer than ever before.

If the NHL believes fighting can lead to infecting other players with coronavirus they’ll cut the chord on dropping the mitts without hesitation. Of course, their main concern is player safety, but with a tight schedule ahead no one can afford cancellations and postponements. With that in mind, the league will find the best measures of protection.

Which means it wouldn’t be the biggest surprise if we’ve seen Reaves’ last fight.