Offseason’s “First Order Of Business” Is Between The Pipes

The weirdest season ever is over which means the weirdest offseason ever has now begun. According to the Golden Knights’ GM, the issue on the top of mind for every fan is the same as the front office.

We don’t have those answers for you right now but the first order of business in many respects is to sort (the goalie position) out. -Kelly McCrimmon

The future appears to be heading in the direction of Robin Lehner. From being handed the starting role to the Allan Walsh tweet to the reported long-term contract negotiations with Lehner, all signs point to a parting of ways with Fleury.

No one has more respect for Flower as a person or a teammate or his resume and what he’s done for this franchise and through his career but we made the decisions that gave us the best opportunity to win and we’re going to do that again going forward. -Pete DeBoer

Both Lehner and McCrimmon have denied the rumors of a handshake agreement on a 5-year $25 million ($5M AAV) contract.

The goalie situation will be the driving force behind all of what the Golden Knights do this offseason. 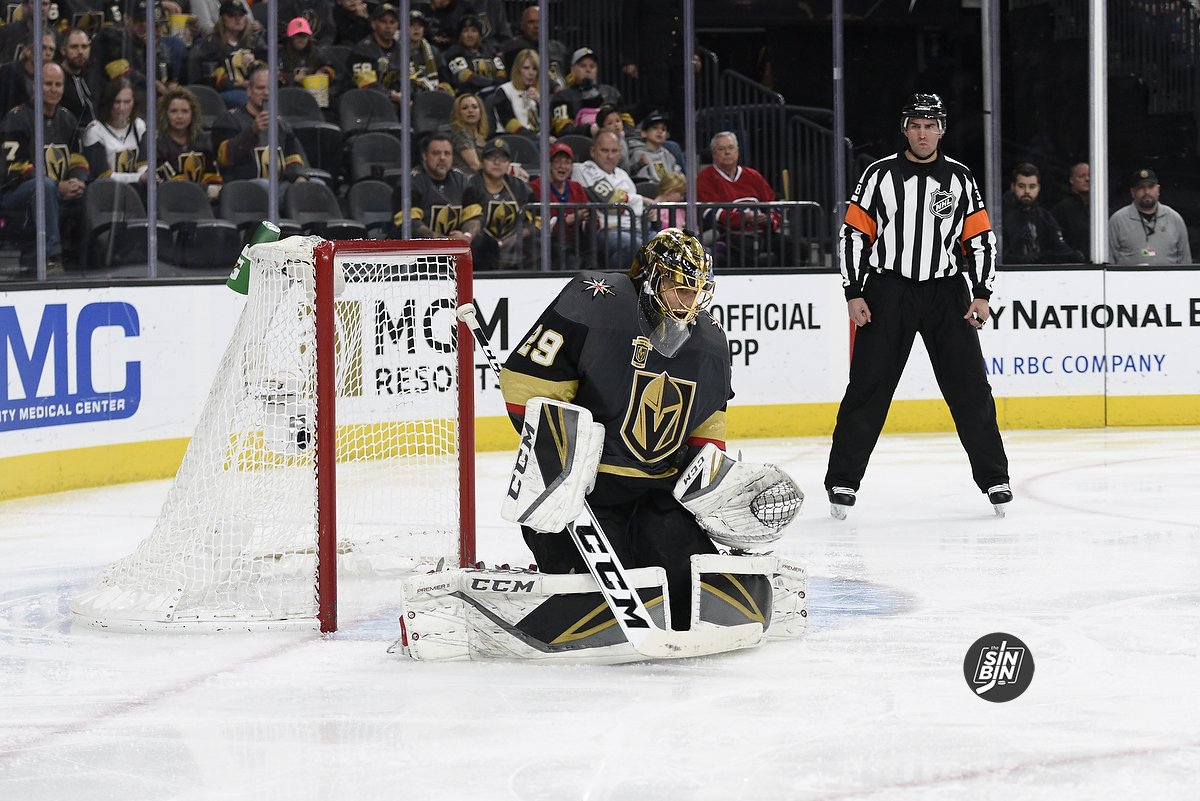 If they decide to go with Lehner only, where does Fleury end up and what are the cap ramifications that go with it?

If they decide to keep both, where will they trim to make it work?

Can they go back to Fleury after all that’s happened? Does Fleury even want that?

They are all questions that will be answered quickly as the offseason truly ramps up in just a few weeks. The Draft is scheduled for October 6th and 7th and unrestricted free agency opens up two days later on the 9th. The Golden Knights will likely reveal their answers before the latter.

The NHL’s salary cap is set to remain at $81.5 million heading into next season and is likely to stay there for at least one more year after that. That makes life a little more difficult on the Golden Knights as they were pushing (actually went over) the Cap in 2019-20.

There are decisions to be made on plenty of free agents, both restricted and unrestricted, but the offseason starts and ends with what shakes out in goal. It will shape the present and future of the organization and until it’s figured out, not much else really matters.