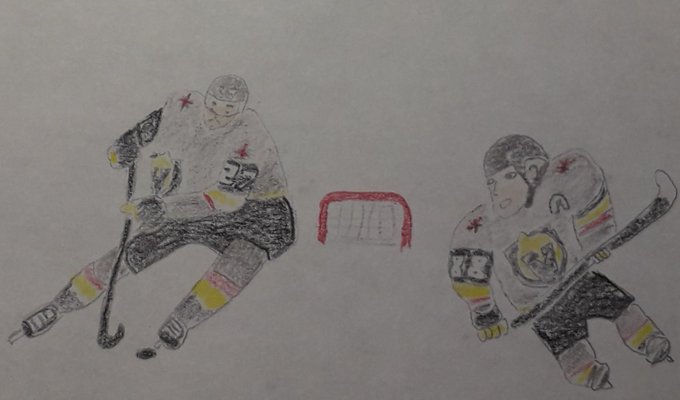 Nate Schmidt and Shea Theodore both became Golden Knights at the Expansion Draft. They’ve each played more than 200 games as Golden Knights, but only three times have they ever been paired together to start a game.

173 regular season games have featured a lineup with both Schmidt and Theodore, yet at even-strength, the two have only been on the ice for 197 minutes.

Monday, late in the game, the dynamic offensive duo had a chance to play multiple shifts together as the Golden Knights attempted to recover from a 3-1 deficit. A little more than eight minutes of ice time later, Vegas stormed back into the game to tie it, eventually take the lead, and then seal their first win of the 2020 playoffs. The main reason that happened was the dominance the Golden Knights showed with 88 and 27 on the ice together.

Schmidt and Theodore were both on the ice for Vegas’ third and fourth goals (Nate scored the 3rd one) and they put in a 90-second shift in the final minutes to help seal the win.

The pair was nothing short of electric and they might just be the Golden Knights’ secret weapon when the team is trailing on the scoreboard. One that reminds the head coach of a duo from his past.

We had (Brent) Burns and (Erik) Karlsson in San Jose and we tried them together once in a while. We would stick them together if we were behind in games or on offensive zone draws, it’s a nice option to be able to throw those guys out there. -DeBoer

Schmidt and Theodore played a total of 8:46 together in the 3rd period where they held the Stars to just two shots, while posting an 82% Corsi, generating five scoring chances, and scoring the two goals.

Both guys are smart, they both move pucks and I think they both can drive offense. It’s always tough when you have two offensive guys playing together. The thing I like about Schmidtty and Theo is they both take pride in defending too. They’re not going to create offense by giving up a lot defensively or ignoring their defensive responsibilities which is a nice combination to have. -DeBoer

The pair was deployed for 11 shifts that began with a faceoff, just one was taken in the VGK defensive zone.

It doesn’t appear as though DeBoer is planning on leaning on the tandem of Schmidt and Theodore to start a game, but he certainly seems willing to give them significant time together when the Golden Knights need help offensively.

He did just that on Monday and they delivered.