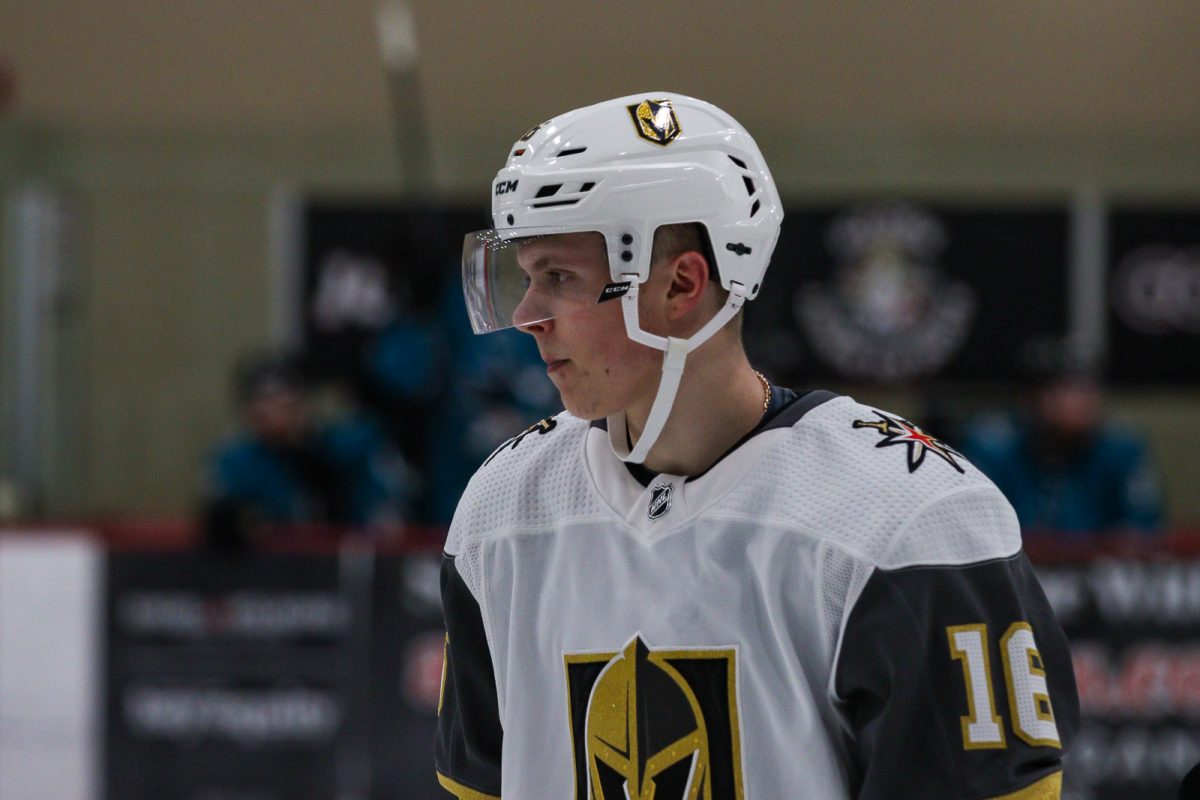 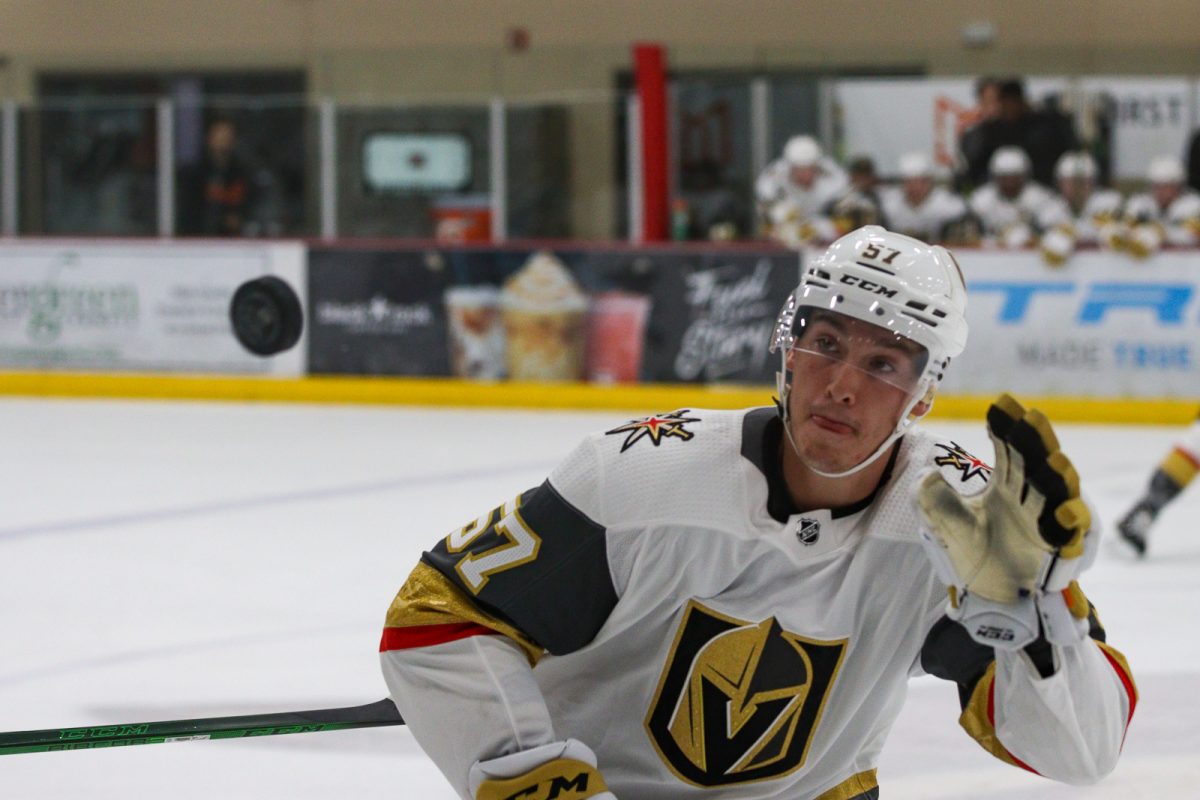 Dean looked every bit of a 1st round pick over his three games with the Golden Knights. His skating is noticeable, especially when forechecking and backchecking, his nose for the puck jumps off the ice, and he displayed great hands on his goal, VGK’s first of the weekend. It’s no surprise he’s a player the Golden Knights targetted as he’s exactly the type they prefer, a 200-foot player that plays in all situations, has at least above average skating, and thinks the game at a high level. He has a lot of room to grow, but this is an NHL player in the making. 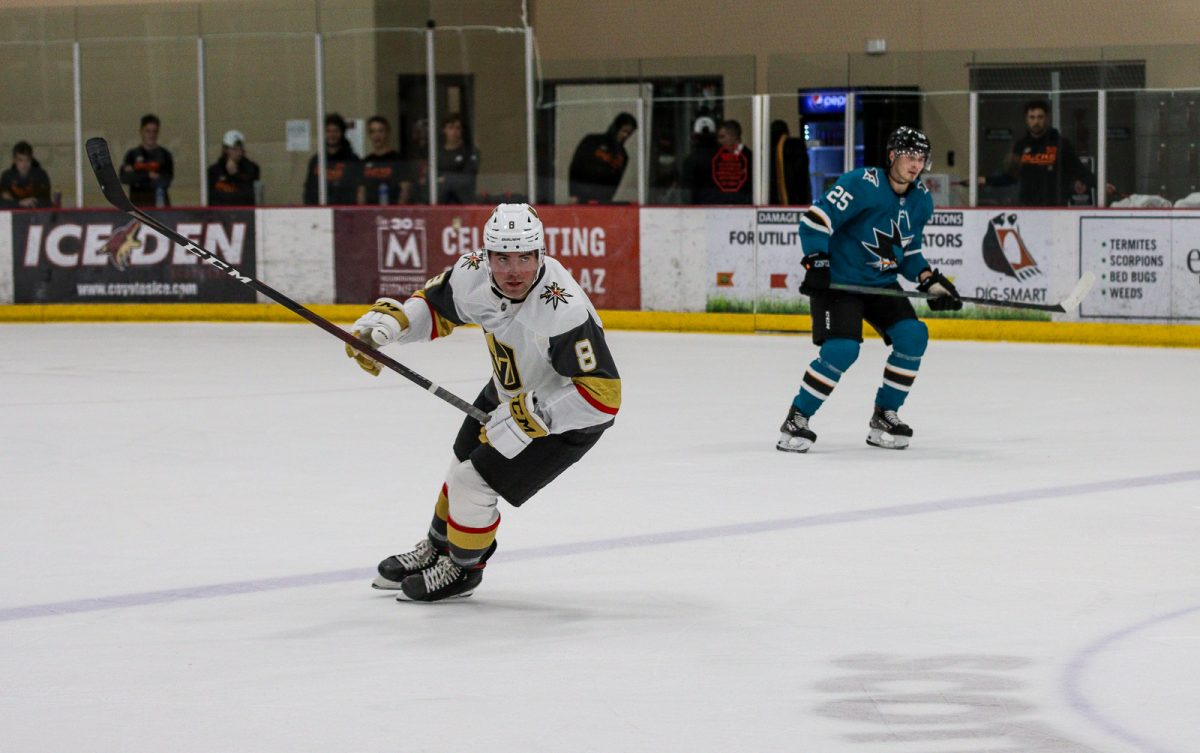 One of just two players to score multiple goals (the other was Lynden McCallum), Dugan looked like the guy we’ve come to know over the past few years. He plays with a bit of a mean streak which often gets under the opponent’s skin and he has enough skill to use his big frame to make quick plays in condensed areas. He was definitely much more shoot-first, which is what the coaches were looking for.

Pearson was one of the more noticeable non-roster invitees, showing off his hockey sense to make a lot of plays in the offensive zone. He just seemed to always have the knack to be in the right place to either receive a pass or retrieve a puck to keep offensive plays alive. His goal was a nice quickly executed finish on a beautiful pass from D’Amato. Wouldn’t shock me in the least if he’s playing professionally sooner rather than later.

This is going to sound super odd, and I’m not even sure how it makes any sense, but other than his two goals he wasn’t very noticeable on the ice. I mean, he and Jack Dugan were the only two players to score multiple goals and there were only six guys who scored at all, so clearly he was doing something right, I just didn’t notice him when he wasn’t scoring. Probably more of a me problem than a him problem. 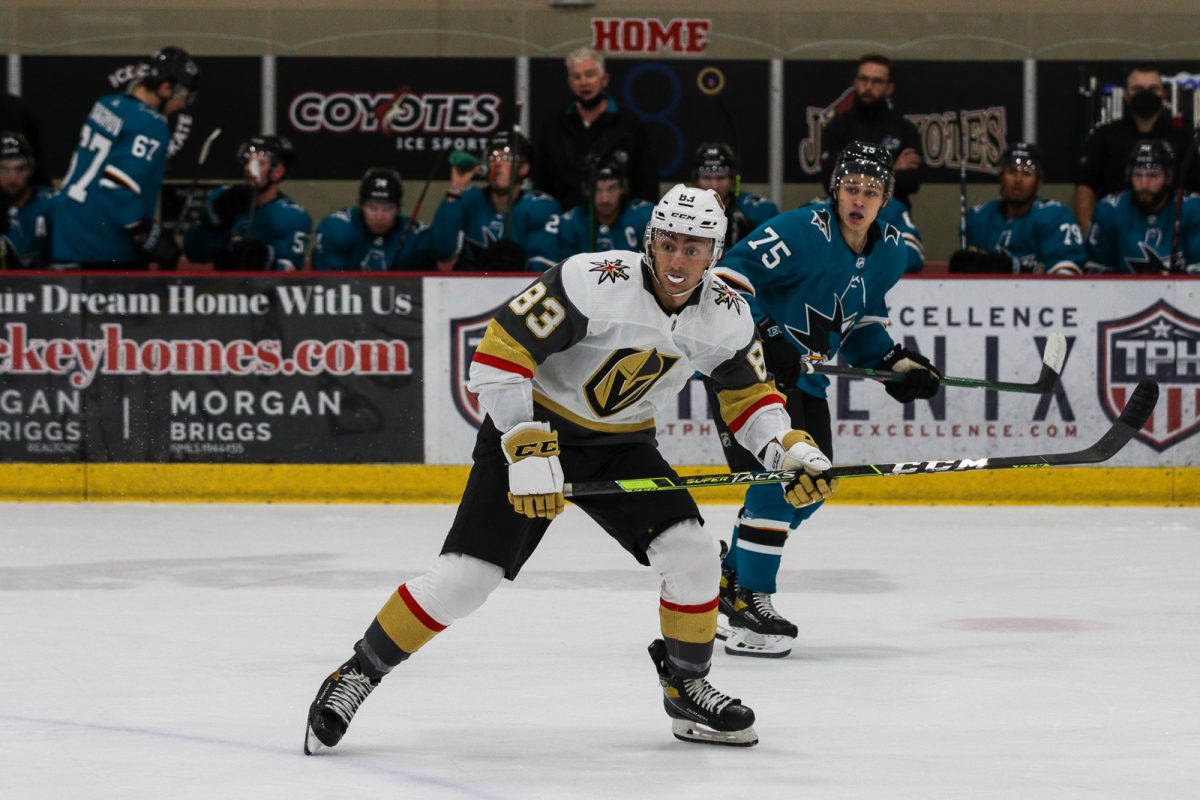 Easily the best non-roster player for me. His pace jumps off the ice when you watch him play and his hands are quick enough to keep up with his feet. The one place that I wanted to see something from him was in his vision, and boy did he deliver on Monday. He carried the puck towards the goal and looked like he wanted to shoot, but the goalie had the post sealed, so D’Amato held onto the puck, carried it behind the goal, and found Pearson coming down the slot for a beautiful goal. D’Amato was used in all situations and he was even mentioned by name by Manny Viveiros as a standout after Game 1. If there’s one player who made the best case for a contract out of this weekend, it’s D’Amato.

There were definitely moments where Demek’s skill and pace came through, but as a whole, he looks like he has a ways to go to get to the level of the guys he was competing with and against. As one of the youngest players on the ice, this is not surprising or concerning.

Not a ton stood out about his game other than the fact that he was around the puck when he was out there in his one appearance.

If you’ve ever watched Loewen play, you know exactly what you are going to get, and that’s exactly what he delivered in Arizona. He’s physically menacing on the ice and he skates well enough to make him even more of a guy you always have to be aware of if you are an opponent. But, there’s just not much else to his game, which often leads to him seeing long stretches where he’s not on the ice. I wish the Danbury Trashers still existed, he would have been a blast to watch playing for that team.

Despite being one of just six different players to score a goal for Vegas, Rondbjerg had a fairly quiet pair of games. He’s always been a reliable player but there was a time where his forechecking prowess led to more offense. We didn’t quite see that in Phoenix. He looked a bit more impactful in the game as a center, but overall his game is continuing to look less and less suited for the NHL.

What stood out most from Brabanec was the punishment he took. Every time there was a big hit it was seemingly being laid on him or fellow Jakub, Jakub Demek. Then, he caught a stick in the face and had to leave the game on Sunday and didn’t play Monday. Not much to show for his first time in a VGK uni, but there’s really nothing wrong, or abnormal about that.

Observations on the defensemen and goalies will publish this afternoon