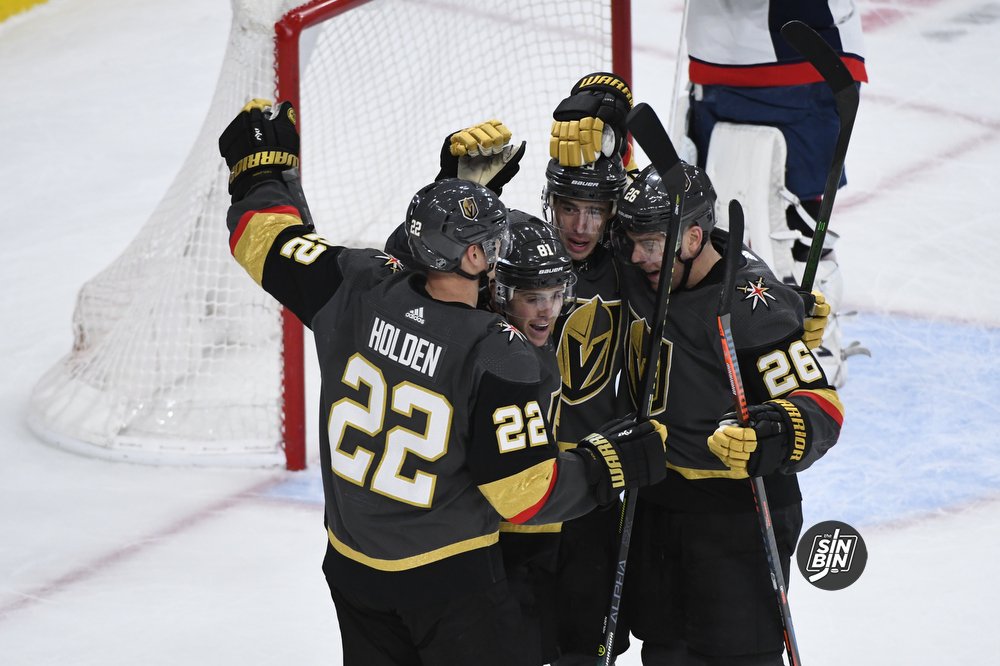 The Golden Knights have 15 games left on their regular season schedule. With a new coach behind the bench and a playoff spot looking promising, the time to experiment is now.

In the latest of line/pair shuffling, Nic Roy is moving up the lineup to play with William Karlsson and Max Pacioretty. That’s just one of many combinations we’ve seen just over the last five games. Gage Quinney and Patrick Brown made their Golden Knights debuts, Brandon Pirri made his first appearance since November 10th, newly acquired Nick Cousins and Alec Martinez have bounced around the lineup, and William Carrier and Tomas Nosek have seen a bevy of different linemates.

It’s all for a reason.

I’m getting used to the group, I’m not married to anything, and I don’t want to get into the playoffs and start experimenting. So, we want to see what we have right now. -Pete DeBoer

DeBoer didn’t take long to make some major changes to the lineup after taking the job back in mid-January. He switched Nic Hague for Zach Whitecloud. He’s essentially relegated Deryk Engelland to the bench for good, and he made the big move putting Karlsson between Stone and Pacioretty before Stone went out with the injury.

I’m still getting to know the group and we are trying combinations. I’m trying not to get married to things until I see. There’s some experimentation, especially with new guys. -DeBoer

Since the bye week, DeBoer has used 17 different line combinations and 10 different d-pairs.

There have really only been three constants over that span of 15 games. The first line of Marchessault, Stastny, and Smith, the 1st pair of McNabb and Schmidt, and the aforementioned Pacioretty, Karlsson, Stone line. Everything else has been a rotating cast.

Chandler Stephenson has been used in all three positions and on seven different lines. Nosek has also played all three spots while on four different lines. Merrill, Holden, Martinez, and Theodore have each played with at least three partners and Martinez has played both sides.

The power play units have been jumbled up a bit and it wouldn’t be surprising to see them thrown into a blender with the Golden Knights having scored on just three of their last 19.

DeBoer is likely to be without Stone for a good portion of March while he’s expected to get Alex Tuch back in a week or so. So, expect a bunch more lineup changes between now and the end of the season.

But once the playoffs roll around, the experimentation will be over and at that point we’ll get as clear a picture as we’ve ever gotten on exactly how DeBoer feels about this roster.