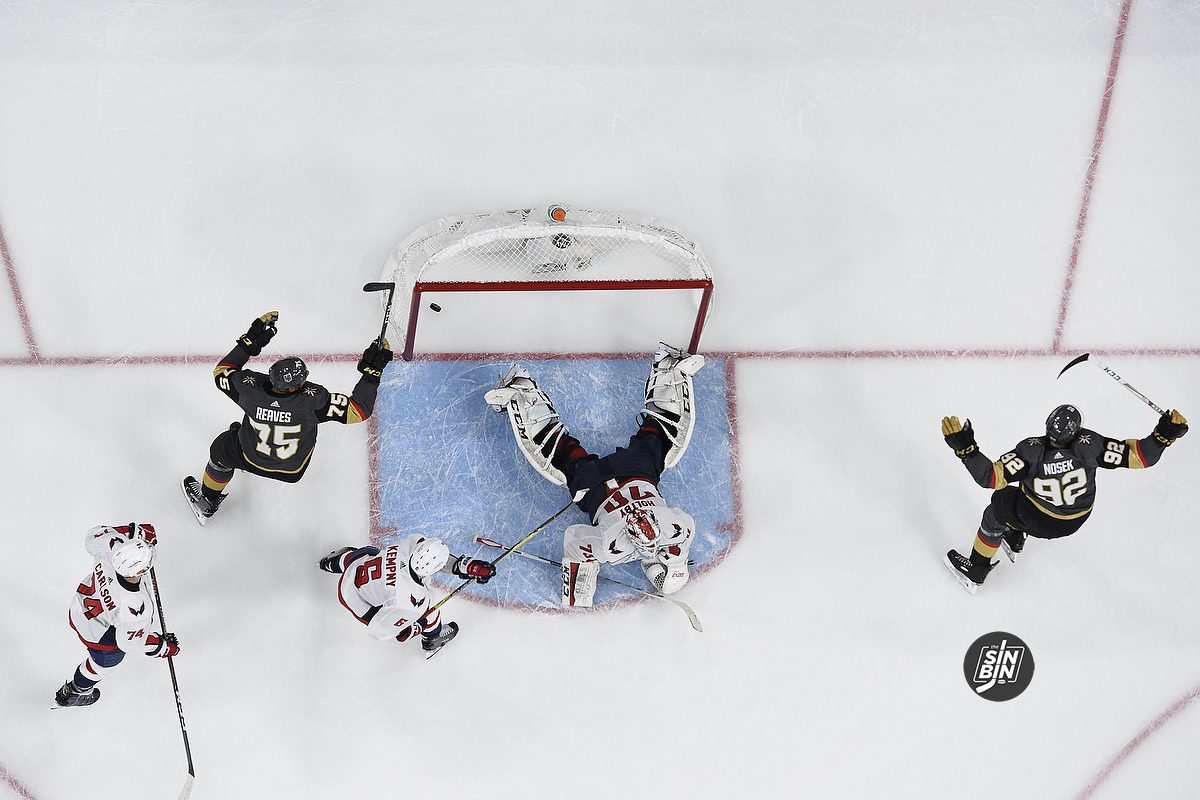 Tomas Nosek has a knack for the big goal. He scored the 1st goal in T-Mobile Arena history too. (Photo Credit: SinBin.vegas Photographer Brandon Andreasen)

Tomas Nosek’s Game 1 winning goal was a Stanley Cup moment we’ll see for years to come. The men behind the tiebreaker were understandably laughing, smiling and in quite the jovial mood the following day.

In those type of games you just want to get pucks on the net and create a rebound. He made a good play popping out and a lane just kinda opened right up, and I found it. -Shea Theodore

Theodore’s first thought was to shoot the puck but hesitated because his aim was off earlier in the game.

A couple of plays earlier I tried walking in and had a terrible shot that missed the net. You go through ups and downs throughout games. -Theodore

Nosek created open space off to the side of the net, allowing Theodore to make a beautiful pass.

At this time of the year no shot is a bad shot. You want to get pucks to the net and create rebounds. You want to create some havoc around there. -Theodore

The 25-year-old Czech showed immense emotions in Game 1, something Golden Knights fans don’t often see from #92. At one point in the game, Nosek skated back to the bench and repeatedly slammed his stick on the boards. It was clear he was frustrated about something.

It was probably after the Oshie hit. There’s a lot of emotions in a game and sometimes you need relief a little bit. -Tomas Nosek

Is that why Nosek erupted in celebration after scoring his game-winning goal?

Maybe, yeah. It’s the Stanley Cup Final, you don’t get a chance to play in it every day. When you score a goal, and you help your team win a game. It’s perfect. -Nosek

Both players are relishing the moment of playing on the NHL’s biggest stage. They’re feeling confident and ready to make an impact in Game 2. Nosek and Theodore are normally reserved on the ice, so fans should appreciate the emotions in the Stanley Cup Finals. Because it’s working.