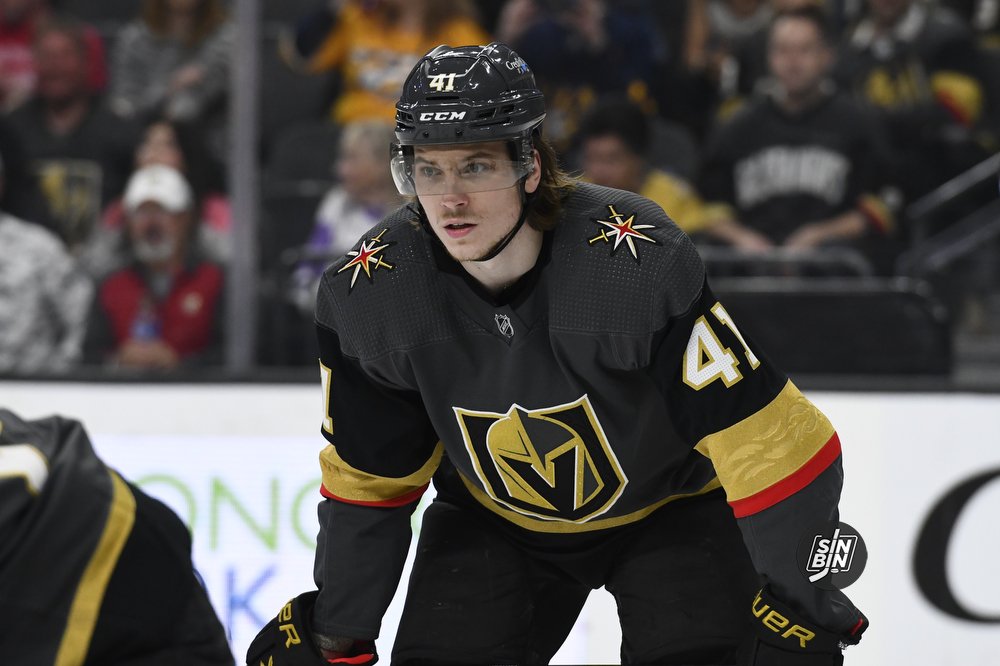 Injuries. They’re story that have followed former #2 overall pick Nolan Patrick for longer than anyone would have ever wanted.

It goes all the way back to his early days in the Western Hockey League. It started the very first year after he was drafted by the Brandon Wheat Kings. While playing with the Winnipeg Thrashers in 2013-14, Patrick was summoned to join the Wheat Kings due to a rash of injuries the team was having. However, a shoulder injury kept Patrick from heading to Brandon.

The following year, 2014-15, Patrick missed 17 games of his rookie season with an undisclosed lower-body injury. He was able to play every game in his second season in Brandon but underwent surgery for a sports hernia after year concluded. That same injury lingered into the 2016-17 season as Patrick missed nearly half the season with complications from the surgery.

Then, after being drafted by the Philadelphia Flyers, Patrick stepped right into the NHL as 19-year-old and managed to pot 13 goals and 30 points in 73 games. He missed just nine games his rookie year and ten the following. Things took a turn for the worse after his second season though.

Patrick was diagnosed with a migraine disorder that was described as “not related to hockey,” but instead something that was hereditary. This caused him to miss the entire 2019-20 season. He appeared close to returning prior to the COVID shutdown in March 2020, but when the league started back up, he was not on the Philadelphia roster.

That meant 650 days had elapsed between NHL appearances when Patrick stepped on the ice again for the Flyers on January 13th, 2021. He was in the lineup for 52 of the next 56 games, only missing a few after taking a puck to the ear from a teammate’s shot.

Next, he was traded to the Golden Knights, where the hope was that he’d get a brand new start in the NHL. Unfortunately, Patrick suffered an upper-body injury on October 22nd in Vegas’ fourth game of the year. He returned to action just as the calendar turned to 2022, missing 30 games along the way.

A little more than a month later, Patrick took a nasty hit to the head from Nathan MacKinnon. This was described as a concussion and kept him out for a little less than a month. Finally, on March 24th, Patrick left the game against the Predators in the 1st period and did not return the rest of the season.

This summer, the update on Patrick from Kelly McCrimmon was focused much more on Patrick’s well-being off the ice.

I talked to Nolan a couple of weeks ago and there’s no significant progress. He’s got a couple of things that they are working with our medical team they are going to look at doing to hopefully move this along. When these injuries linger you really have to boil it down to just life stuff. Just get to the point where everyday life starts to feel normal again. Then, when you get to that point you can talk about what lies ahead. I think right now focusing on hockey is putting the cart ahead of the horse. Some stability with day-to-day is what we are shooting for first and then we’ll see what happens after that. -McCrimmon on July 14th, 2022

A few days ago, on the 32 Thoughts Podcast, NHL Insider Elliotte Friedman expounded.

I had heard a rumor in the summer that Nolan Patrick was going to retire and I was told that’s not the case. Nolan Patrick has a salary for this year of $1.2 million, so there’s no point in him retiring as he has a salary to collect. I don’t really want to editorialize other than I wish him the best, but I think there are a lot of people who would be surprised to see him play this year, and they wonder about his future as well. Hopefully, everything works out for him. -Friedman on 32 Thoughts Podcast

Obviously, the most important piece of all of this is the health of the player at hand. No matter the ramifications for the team on the ice, no one ever wants to see a player’s life impacted off it.

That being said, it appears the Golden Knights will have to plan on not having Patrick available any time this year, and possibly never again. Patrick’s contract expires at the end of this season when he becomes a restricted free agent.

All Eyes On Kessel After Yandle’s Retirement