No Need To Measure The Next Two Games Against Colorado 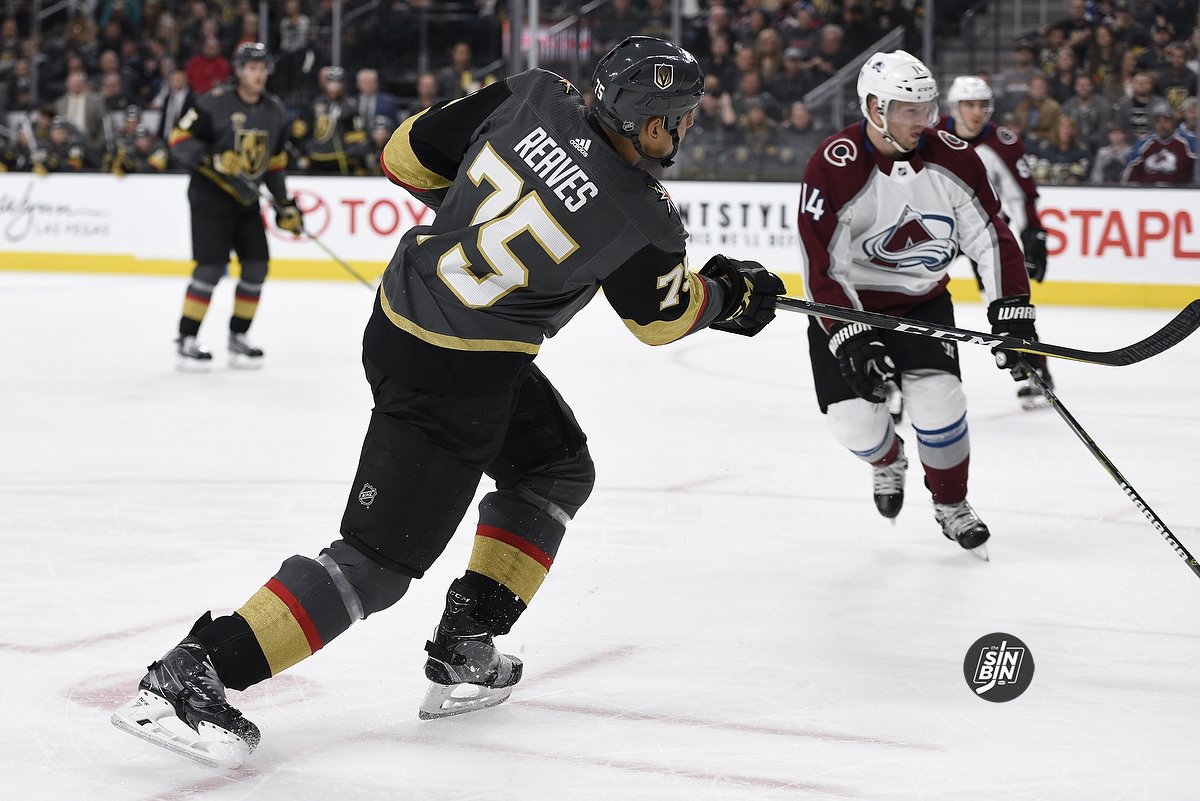 As expected, the Golden Knights and Colorado Avalanche are proving to be the two best teams in the West Division. Both crossed the 30 game mark this week and both sit comfortably in a playoff position with more than 40 points apiece. It’s not shocking, at least not in a below-average division like the West.

In a sense, the Avalanche and Golden Knights should be thankful for one another. It’s the only real competition each will face in the regular season. There’s an argument that Minnesota deserves more credit, but in my opinion, this is a two-team division. And the top two franchises are playing lights out right now. Colorado has collected points in eight straight and Vegas is 7-3-0 in their last 10 games. This means one will cool off tonight.

It was fair to call the first four matchups between the Golden Knights and Avalanche measuring stick-type games. The next two games not so much.

There are several elements that need to be considered for tonight’s night’s face-off in Denver. The Golden Knights are without two major pieces to their roster. If Max Pacioretty is unavailable then the offense is less potent. The same goes for Alex Pietrangelo. While he hasn’t been as effective as expected in his limited time on the ice, the veteran defenseman was brought in to help Vegas beat quality opponents like Colorado.

The next factor is the goaltender rotation. Last time when these two clubs met up, Marc-Andre Fleury started all four games. This go around expect to see Fleury and a healthy Robin Lehner in the Vegas nets. Vegas is trying to integrate Lehner back in the lineup and prove they can beat Colorado with either netminder.

By the next time these two teams meet, one, if not both, could look different. Their last two matchups come weeks after the trade deadline. It’s possible both front offices will try and upgrade their rosters. Heck, maybe these next two games will influence those decisions.

Neither team needs to prove anything at this point. So rest, lineup experimentation, and adjustments could be part of this two-game series to almost hide their secrets for the inevitable playoff series in May.

We can gain some knowledge from the upcoming two-game set though. Vegas could be without their best goal scorer, and certainly their $8.8M defenseman who will both play vital roles if Vegas were to eliminate Colorado in the postseason. In a case where the two teams split the next couple of games then there’s possibly more to uncover. Will the team to lose first come out and correct their mistakes or will there be a letdown?

It’s possible both clubs walk away feeling good about themselves. Win or lose, there’s something to learn about your team. This is a quiz. Important, yes, but there’s still plenty of time to study up for the final.