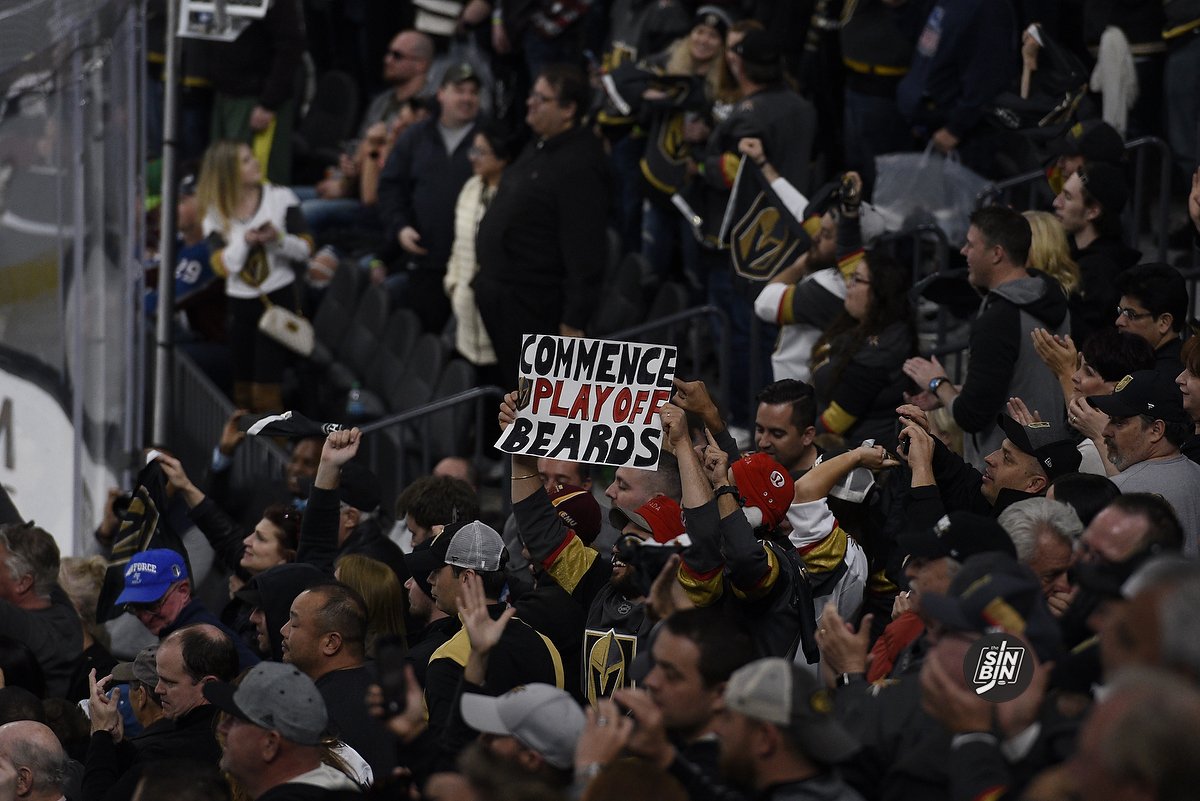 Prior to Game 3, the Colorado Avalanche hadn’t lost a game since May 5th. They still haven’t lost a home game since the Golden Knights beat them on March 27th, and they haven’t lost a game in regulation at Ball Arena since March 8th. But, they’re the ones that are under all the pressure as they head home for Game 5 of a tied series.

The Avs put all their chips on the table in Game 4 and the Golden Knights were holding pocket aces (or trips, or whatever the poker analogy for a hat trick and a 5-1 win is). Colorado’s head coach called out his best players, they had a team meeting in which they made some “tactical adjustments,” and they basically decided the buck stops here in Game 4.

Vegas took care of the puck all over the ice, were committed to getting it in deep and winning forecheck battles, and they took their chances when they came. Colorado did the opposite. They refused to dump the puck in, instead, tried to skate through the Golden Knights’ perfectly structured neutral zone defense. They struggled to get out of their own end because they didn’t have the pressure release options needed to deal with VGK’s forecheck when it’s on. And they weren’t able to capitalize on a couple of chances that could have changed the course of the game.

Quite simply, the Golden Knights have played the exact same way for three games in a row, they’ve dominated the run of play in all three, and they’ve walked away with wins in two evening the series. Colorado has also played the same style, despite making a concerted effort to show something different in Game 4. In a way, it’s panic time for the Avs, which puts the Golden Knights in about as good a place as they can be in heading into a pivotal Game 5 on the road.

The Avs must change and they know it. The question now is, can they?

If they don’t, the Golden Knights will continue to eat them alive the exact same way they have and it’ll all come down to whether or not Vegas can finish at a high enough rate to offset the random moments of brilliance, mostly on the power play, from Colorado (see Game 2). But if they do, it’ll be Vegas’s turn to adapt, or maybe a better word for it, endure.

Game 1 is looking more and more like an anomaly. A game in which the Golden Knights’ simply didn’t have it, and they got blitzed by a confident Avalanche team. That’s probably not going to happen again.

But if the Avalanche are able to deploy a simpler brand of hockey, Vegas will have to be ready for the frustration that will come with it. They’ll have to remain excellent breaking the puck out, they’ll have to continue managing the puck well through the neutral zone, and they can’t let an improved Avalanche breakout strategy discourage their forecheck.

There’s no way we’ve seen the end of the Avalanche, but as there were some issues with the matchup with Minnesota (namely their finishing ability in front of the net) the Golden Knights are going to continue to present problems for Colorado to solve. It’ll be about Vegas’ commitment to sticking with the simple, conservative game no matter what it looks like on the scoreboard.

So far, Vegas has been awesome in that department. They were down with less than 10 minutes in the 3rd period of Game 3, and stuck with the game plan. Then, they conceded early in Game 4, but didn’t change their style at all.

More adversity is coming in this series, they have to trust the process, no matter how the new-look Avalanche deal with it.

It’s the only way the Golden Knights can win. Luckily, so far, it looks like a pretty darn successful way. If they stick with it, hope springs eternal not only for overcoming the 0-2 hole they were in during this series, but also to take on all comers in the final two rounds.