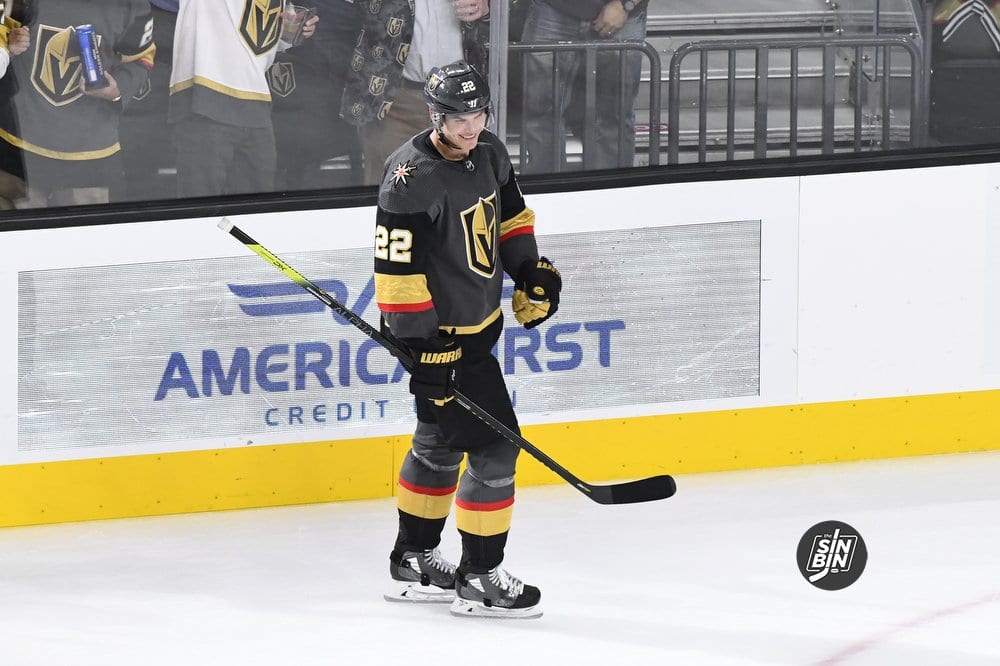 The Golden Knights had to do something to get under the cap before the first game of the season. Today we learned that something was waiving Nick Holden, risking losing a player they signed to a new contract less than a year ago.

The salary cap and waivers can be confusing under normal circumstances and now with the new rules put into place for the shortened season, it can be almost impossible to follow. So, here’s the Nick Holden on waivers FAQ.

What does that mean, Nick Holden is on waivers?

What are the chances someone claims him?

It’s certainly possible, but it’s not necessarily probable. A total of 139 players were placed on waivers today. Holden is among the most experienced of the group and absolutely could be viewed as valuable by another team.

Put odds on it happening.

I’ll say there’s about a 20% chance he gets claimed by someone else.

When will we know?

The deadline is 9 AM pacific time tomorrow. We will have the news on Twitter shortly thereafter.

Why Holden and not someone else?

The main reason probably starts with the likelihood of whoever the Golden Knights chose to waive to get claimed by another team. Other options such as Tomas Nosek, William Carrier, Ryan Reaves, and Alec Martinez would probably all be considered to be at higher risk of being claimed. Plus, the organizational depth at defense is a bit stronger to replace Holden in the unfortunate event that he is indeed claimed.

How does this help the Golden Knights’ salary cap situation?

When a player is on the active NHL roster, their entire salary counts against the cap. However, when assigned to the AHL (or the taxi squad this season), a total of $1.075 million is subtracted from the player’s salary and only the remainder counts against the cap. Don’t ask why, it’s a long complicated answer that you really don’t care about.

Here’s how that looks with Holden.

Of course, Vegas then has to replace him with a player to play in his spot. In this case, that player will be Nic Hague. Here’s where the difference comes in.

Thus, the swap from Holden to Hague saves the Golden Knights $283,333.

Technically, at this moment, they are not. However, the waiving of Holden will allow them to field a 20 player roster on Thursday that will be compliant. That roster is expected to look like this…

Both Alex Tuch and Robin Lehner’s availabilities are in limbo at the moment with each missing the Saturday scrimmage and Sunday practice. In the event one is unable to play, Vegas will either be forced to use LTIR (keeping that player out for 10 games) or make another roster move.

Assuming Holden clears, will he have to clear waivers if he plays an NHL game with the Golden Knights?

If Holden clears, he would have to play in 10 NHL games before he is once again required to pass through waivers. However, if he is brought back to the NHL roster, the Golden Knights would have to make a subsequent move to once again become cap compliant. They are currently on track to be compliant with Holden on the taxi squad, but would not be if he returned to the NHL roster. Long-term IR could be that corresponding move.