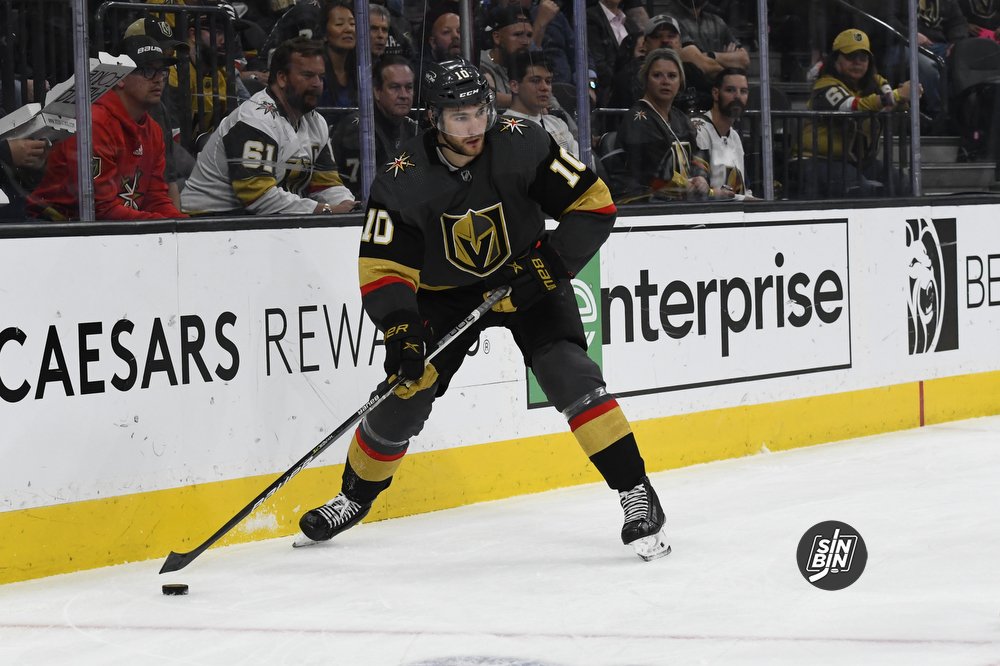 Any time a new coach enters the fold roles are bound to change. It can mean different things for different players as the new coach implements his systems and figures out how each of the pieces fit together.

For the recently re-signed Nic Roy his role is likely to change while very much staying the same as a year ago.

It’s a little early to say but it could be really anything as of right now. -Nic Roy

Last year, Roy played all over the Golden Knights’ lineup for Pete DeBoer. From playing as a center for Reilly Smith and Jonathan Marchessault to playing on Jack Eichel’s right wing to centering a fourth line of Jonas Rondbjerg and Mattias Janmark, Roy did it all.

Along the way, he potted 15 goals and 24 assists helping earn him a hefty raise and a long-term contract to stay with Bruce Cassidy and the Golden Knights through 2026-27.

Roy’s versatility is one of his best strengths but it also has him heading into Training Camp without a true home in the lineup.

It’s not out of the question to suspect Roy could start as high as the first line as a winger. With Cassidy expecting to break up the Misfit Line of Karlsson, Marchessault, and Smith, it’s likely one of the two wingers heads up to play with Eichel, leaving the other side potentially open for Roy. Or maybe Roy slots in as a second line center in Karlsson’s place among the Misfits. Or he could find himself on a fourth line in a lineup utilizing Eichel, Karlsson, Stephenson, and Roy all as centers.

It truly is possible for Roy to land anywhere in the 12 spots among the Opening Night starting lineup.

It’ll be up to Roy to turn his role of Swiss army knife into something more concrete. Depending on where he starts, succeeding in that place will solidify his position in the lineup. Last year, while the numbers were solid, Roy never quite took hold of any of the roles he was placed in, which led to him playing on 23 different line combinations.

Cassidy will take his best shot at creating the perfect lineup on October 11th when the Golden Knights head to Crypto.com Arena. For Roy, wherever he slots into that lineup, he’ll have to prove he’s the best (insert role here) player the Golden Knights have. If he does, he has a chance to fill that role for the next five years.