Next Man Up, Just Not Yet 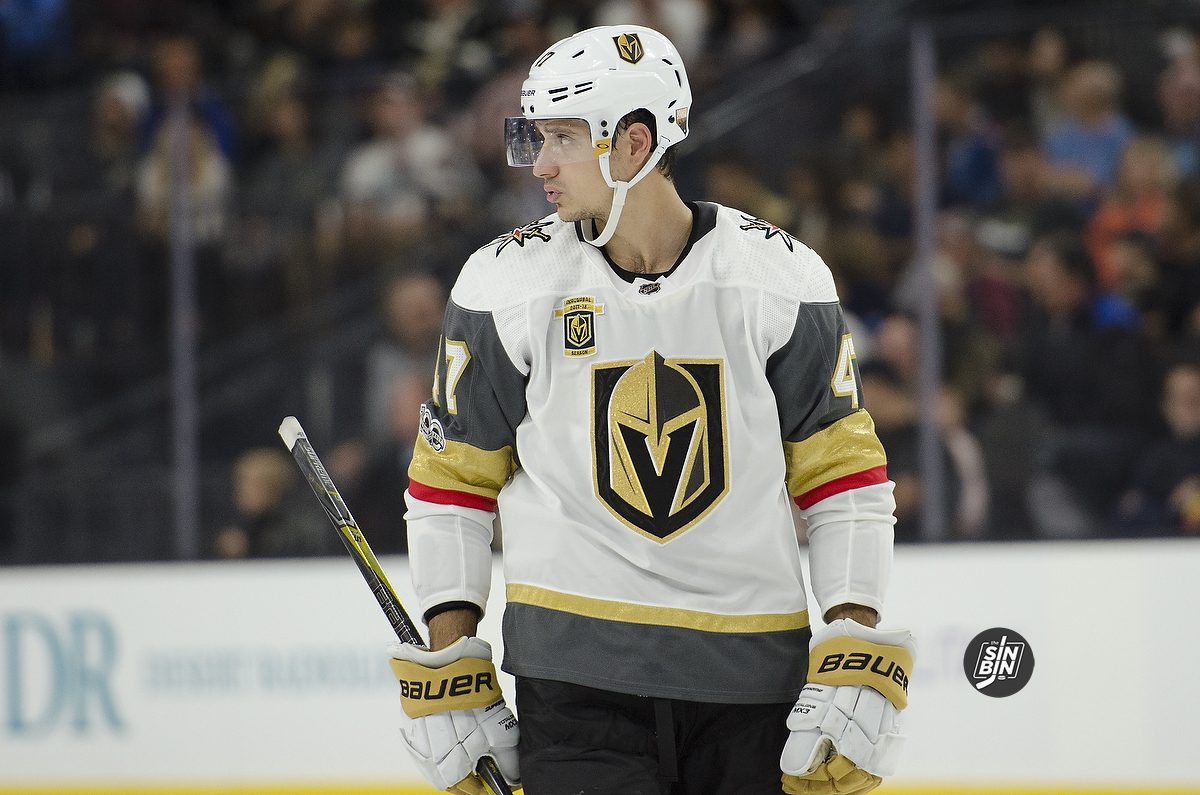 It won’t come in Game 1, but there will come a time where Luca Sbisa is needed, and he’s a nice weapon to have in waiting. (Photo Credit: SinBin.vegas Photographer Brandon Andreasen)

As the Golden Knights head into their Second Round series with the Sharks they do so as healthy as they’ve been all season. There’s only one active player listed on the injury report and he’s considered ready to play when the team needs him.

It’s incredible, but the Golden Knights might just be the deepest team of any left in the playoffs. When they drop the puck against San Jose, Vegas will have a perennial 20 goal scorer and their highest paid forward on the bench sitting alongside a defenseman that one was considered “shut down” for the Golden Knights and only lost that title due to injury, not a decline in play.

They get even deeper when you throw in Oscar Lindberg, a penalty killing forward with excellent hands and solid speed, Brad Hunt, a power play specialist defenseman, and Ryan Reaves, a physical specimen waiting to unleash some fury into a series.

Coming off a first round sweep and allowing just three goals in 14 periods, no lineup changes are expected for the opening game of the series to begin later this week. However, that depth is going to be needed eventually, and we’re here to illustrate not just how many players the Golden Knights have to fill-in in case of injury, but how wide-ranging they can be allowing All Star head coach to feel comfortable no matter what happens.

In the event things do not go to plan at some point in this series, Tatar and Sbisa are the most likely to get the call. Defensively, the odd man out would almost certainly be Merrill. He’s been good over the course of the last week, but Sbisa should be a slight upgrade and it would also allow defensive coach Ryan McGill to shift lines if necessary. Early in the season, Sbisa played almost exclusively with Nate Schmidt and they drew the opposition’s top line every night. After a pair of injuries, that role was taken over by McNabb. If Sbisa does find his way back in, they’ll likely keep him with Miller, but he offers the ability to mix things up that Merrill does not.

At forward, Tatar can basically be a replacement for any wing. If Ryan Carpenter, Alex Tuch, David Perron, or William Carrier aren’t playing up to snuff, Gallant has the ability to slot Tatar back into the lineup, give a jolt of offense, and not lose his fourth line as Carpenter or Carrier would anchor that spot. The same goes for an injury. If something were to happen, not many teams have a player with the skill of Tatar to fill the spot while a top player is missing.

But the Golden Knights depth doesn’t stop there. There’s essentially a backup for every player on the roster. If Miller or Theodore needs to come out, Hunt goes in. If Carrier needs to come out, Reaves is inserted. Eakin has trouble, slot in Lindberg. Any of the top six, that’s Tatar’s role. A defenseman like Schmidt, McNabb, or Engelland miss a game, Sbisa gets the call.

The Golden Knights still need 12 wins to win the ultimate prize, and they aren’t all going to come as easily as the Kings ones. This depth is going to be utilized, and everyone should feel comfortable with it.