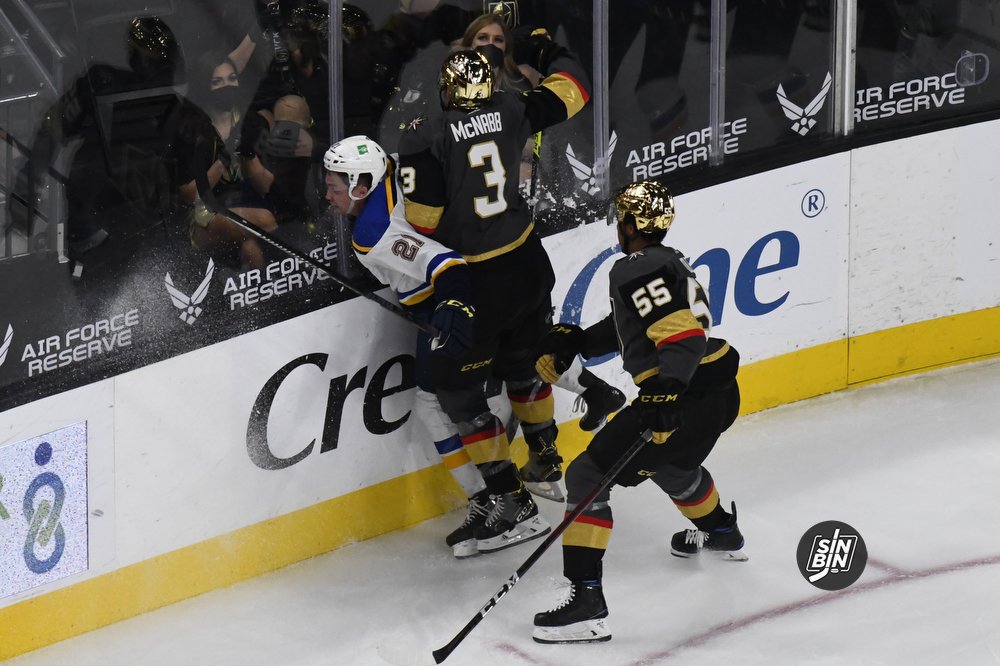 When former Golden Knights head coach Gerard Gallant was hired by the New York Rangers earlier this summer nobody in the hockey world was surprised. One of the league’s better coaches was officially a free agent and it was only a matter of time before someone scooped him up. It so happened to be the young, slick skating Rangers, that in ownership’s opinion hadn’t grown enough under their last regime. One area that needed addressing was NY’s lack of toughness. With that in mind, the Rangers added some of the street toughness the Golden Knights are known for.

When you’re a good team and you are ready to win that’s when you start filling in your roles. You get these guys you need to help push you over the top. When you have nine, ten, eleven kids that have to play. I get a kick out of people who said ‘we lacked toughness.’ I knew we weren’t that tough in New York. I knew we needed to get to it.-Jeff Gorton, former New York Rangers GM on Cam and Strick Podcast

After four seasons and one coaching change the Golden Knights have built a reputation for being tough as nails. And it’s not just about throwing bodies around. The word is out, it’s unlikely Vegas backs off from blocking a shot. The Golden Knights have been racking up points and early round playoff wins by wearing down their opponents with size, skill and taking bruises. None of that was happening in Manhattan.

In one swift move the Original 6 team spent their offseason firing an established front office and a bright, young coach to be more like the 31st franchise.

You look at the lineup and you see a team ready to take the next big step. I want to be the hardest-working team in the league – to work hard, to battle hard, to make other teams say, ‘That team works hard every night.’-Gerard Gallant, NY Rangers Head Coach

At his introductory press conference in NY the former Golden Knights leader sounded as if it were 2017 again. His hard working style turned the highly motivated Misfits into a Stanley Cup contending team. Playing fast, along with quick decision making led the Golden Knights to the Finals, not necessarily the heavy, physical style we would see later in Vegas. It was the second season when the local club became bigger, heavier skilled players were added to the roster. The past two seasons Vegas was the biggest and beefiest team in hockey and it’s earned them three trips to the conference finals in four seasons.

Those guys are completely valuable. That’s why you see the Rangers go after Barclay Goodrow. That’s what they’re going after Reaves.-Jeff Gorton, Cam and Strick Podcast

One of the uglier incidents last season occurred in front of Ranger fans at historic Madison Square Garden. NY star Artemi Panarin was unfairly assaulted by Capitals power forward Tom Wilson during a meaningless late season contest. Ownership was furious with Wilson, on ice officials, NHL’s Department of Player Safety and their own personnel. The one-sided scuffle in essence changed the direction of the Rangers, leading to an organizational house cleaning.

NY ownership realized to compete, you have to be able to play like the big boys, or like the Golden Knights. Vegas has become a team other franchises are beginning to emulate. One thing we know Gallant and DeBoer both agree on is mixing it up and playing some old school hockey once in a while. Or old man hockey as Ken would say. Maybe it’s Vegas’ success, or maybe other coaches believe it’s also the style to play to make the promise land.