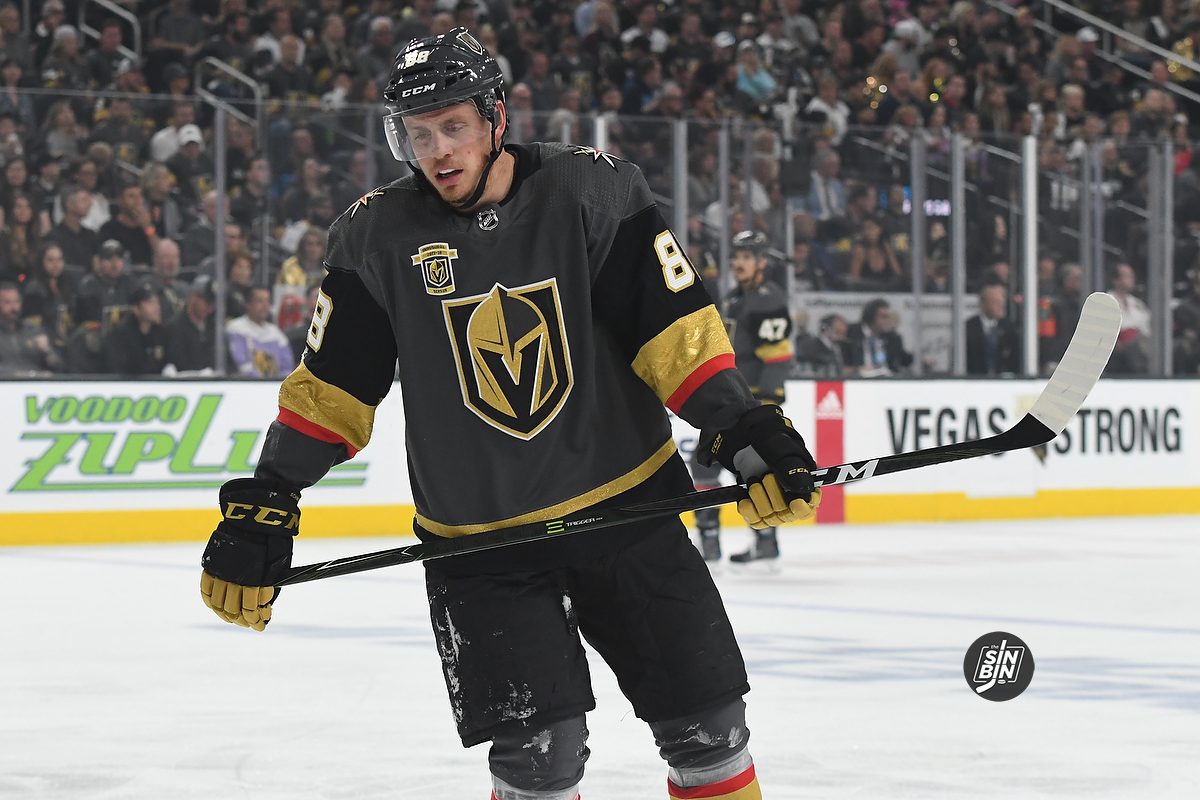 The NHL announced this morning that Golden Knights top defenseman Nate Schmidt has been suspended for the first 20 games of the regular season for violating the NHL/NHLPA Performance Enhancing Substances Program.

Per NHL rules, Schmidt will also be forced to miss all eight of the Golden Knights preseason games. He is however permitted to participate in training camp activities with the team.

The Golden Knights wasted no time strongly condemning the league for a suspension they believe is unwarranted. This statement was released just one minute after the league announced the suspension.

We were notified that the NHL has suspended Nate Schmidt for violating the terms of the NHL/NHLPA Performance Enhancing Substances Program. While we respect the NHL/NHLPA Performance Enhancing Substances Program and are committed to its success, we strongly disagree with the suspension. We firmly believe that the presence of a trace of the banned substance was accidental and unintentional. Based on our conversations with Nate, analysis from independent medical experts and sworn testimony from the parties involved, we believe it is clear Nate was not able to reasonably ascertain how the substance entered his body. Nate is an honest person with high moral character and great integrity. We will stand by him and support him during this time. -Golden Knights Official Statement

Schmidt released a statement of his own as well via the NHLPA website. In it, he explains that he has already appealed the suspension.

I am extremely disappointed to learn that I have been suspended for a violation of the NHL/ NHLPA Performance Enhancing Substances Program. The fact that I’m issuing this statement is surreal to me as I have only used supplements provided by my NHL team and I have always been extremely careful about what I put into my body. Throughout my playing career I have been tested numerous times, including twice last season, and I have never before tested positive. It was utterly shocking to be informed that I tested positive for a microscopic amount of a tainted substance. Not only did I not intentionally take a banned substance, I could not have received any performance enhancement benefit from the trace amount that inadvertently got into my system at a level that was far too small to have any effect. This low amount was consistent with environmental contamination that I could not possibly have prevented. One of the experts in environmental contamination who testified on my behalf at the Appeal hearing described the amount of the substance found in my system – 7 billionths of a milligram/mL – as the equivalent of a pinch of salt in an Olympic-sized swimming pool. Another expert analyzed a sample of my hair and concluded there was no evidence of intentional use. The Vegas Golden Knights track players’ strength and performance metrics and my results have remained constant over the past year.

While I support having a strong Performance Enhancing Substances Program in place for our sport, it is difficult to accept this suspension. I understand that I will miss these games, but I do not agree with the suspension and I will not accept being labelled a cheater.

I have worked my whole life to become an NHL player, and I’m extremely proud to be a player in the NHL. I have never cut corners in order to achieve this goal. I am grateful for the support of the entire Golden Knights organization and I can’t put into words how disappointed I am that I will not be on the ice at the beginning of the season to help my teammates work towards another Stanley Cup run.

I will make no further comment on this matter at this time. -Schmidt

Schmidt’s agent also released this statement regarding the suspension.

In my 30 years of working in NHL circles, Nate Schmidt is one of the most honest caring individuals I have ever dealt with. He is full of character caring most about faith, family and team. He would never risk his principles by taking performance enhancing drugs. There was no intentional use of a banned substance which is backed up scientifically. He is innocent and this is a wrong decision. -Matt Keator, Nate Schmidt’s agent

Schmidt is the first NHL player to be suspended under this program since March 9th, 2016 when Arizona Coyotes prospect Jarred Tinordi was suspended. Shawn Horcoff, Zenon Konopka, and Carter Ashton have all been suspended since 2014 under the policy as well.

This is Schmidt’s first offense against the Performance Enhancing Substance Program. A second offense would result in a 60 game suspension and a third offense results in permanent suspension (with the ability to apply for reinstatement after two years).

Being his first violation of a performance enhancing substance, Schmidt will lose all of his NHL Salary from the effective date of suspension up until 10 days prior to its conclusion.

Then, during the final 10 days of the suspension, Schmidt will be paid 60% of his NHL Salary. pic.twitter.com/vWXfEhtsrL

Per the agreement made between the NHL and NHLPA as written in the CBA, the name of the substance that caused the failed test is not to be released.

Schmidt will be eligible to return to the team on November 18th at Edmonton.