Nate Schmidt Speaks About Suspension After Returning To Practice In Ottawa

On September 2nd the NHL informed the world that Nate Schmidt had been suspended for 20 games for violating the league’s Performance Enhancing Substance Program. On that day, Schmidt, his agent, and the Golden Knights organization released strongly worded statements claiming his innocence. 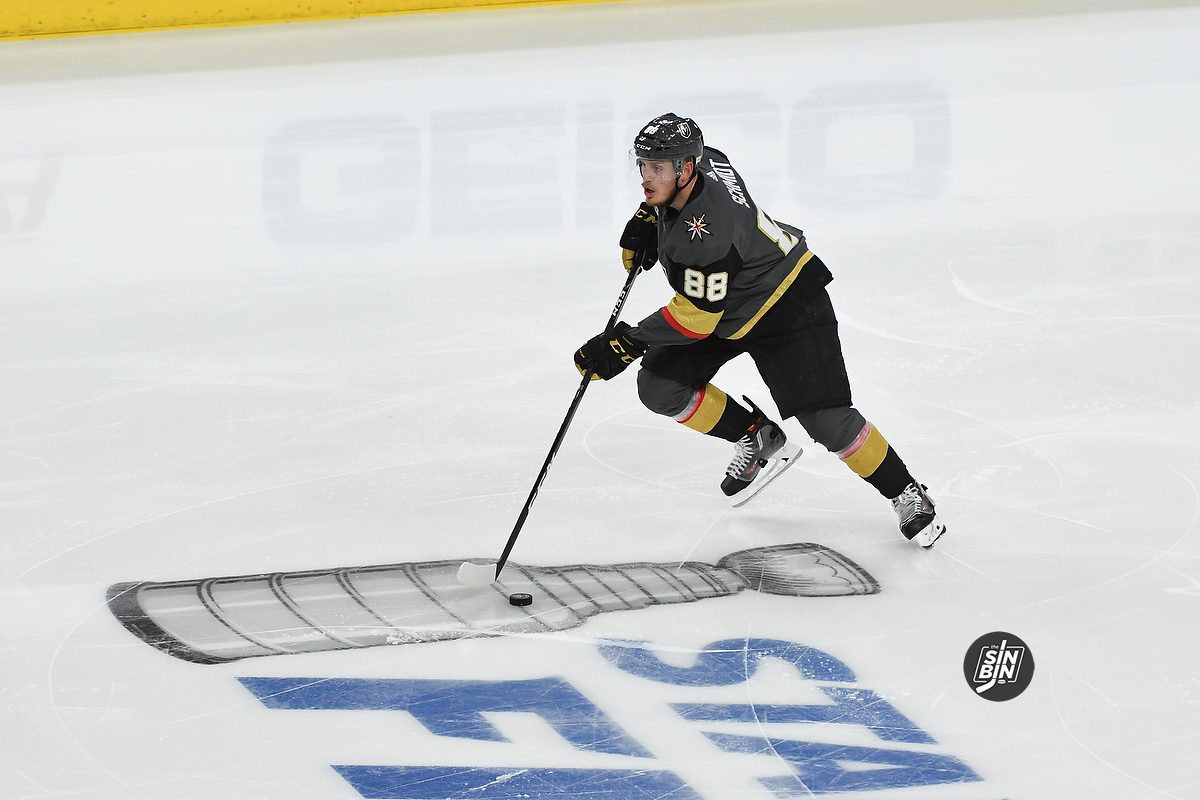 “When you can look in the mirror and know you didn’t do something, that’s all that matters.” (Photo Credit: SinBin.vegas Photographer Brandon Andreasen)

For the first time since the suspension, Schmidt was made available to the media. This occurred in the visitor’s locker room at the Canadian Tire Centre in Ottawa yesterday. (Stick tap to David Schoen of the Review-Journal for posting the video which is embedded below.)

Schmidt’s same jovial personality came through, as it always does, but two things were clear in hearing and watching him speak. First, he still firmly believes he did not do anything wrong. Second, it pains him deeply that his career will forever be linked to this suspension.

Right after it happened I called George and said, it’s not the games or the money, it’s my reputation. I couldn’t care less about the money I’m giving up and it sucks to miss the games but really it’s about your character being attacked. But the outpouring of support from guys on this team, and guys in the league, and friends and family, and even guys from other sports, it was incredible. It made you know at the end of the day that when you look in the mirror and you know you didn’t do something that that’s the only thing that mattered to me. I know I can say that I didn’t do anything intentionally or ever tried to do anything, that’s not me. When you can look in the mirror and know you didn’t do something, that’s all that matters. -Nate Schmidt

Schmidt does understand however that most people may not believe him. He says he’s can’t let that effect him though.

The internal support and my own personal belief in knowing (I didn’t do anything wrong) is enough for me. -Schmidt

Maybe the most interesting piece of information that came from Schmidt’s first interview since the suspension was his answer to the question, “do you know where the substance came from?”

I honestly wish I could tell you. I don’t know. There are theories but at the end of the day no one really knows… It’s just a shitty situation and sometimes bad things happen to people for no reason. -Schmidt

Finally, it’s clear that he wants to move past the situation, but Schmidt isn’t ready to just turn the page and forget about it, instead, he’s planning on taking a proactive approach.

I hope to help guys to understand. I’ve talked to as many guys as I could about my experience and what to do. I just don’t want this to ever happen to anybody else. I’m going to try my hardest to make sure it doesn’t. I don’t want someone to have to go through what I did. -Schmidt

The full Nate Schmidt interview with the media on November 7th from Canadian Tire Center in Ottawa, courtesy of the Las Vegas Review-Journal is embedded below.