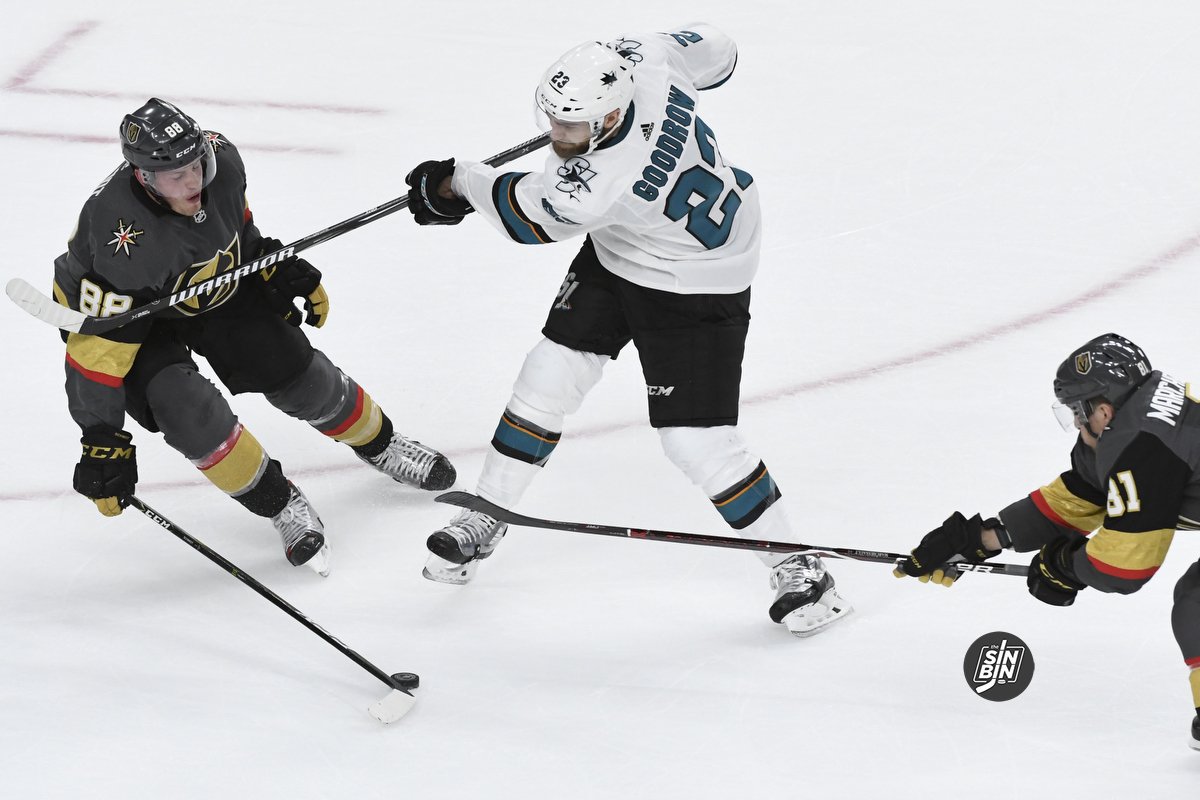 The last seven times the Golden Knights have played hockey it has been against th San Jose Sharks. Prior to those seven, the last two really meaningful games in the regular season were a pair of games also against the Sharks. To open the 2019-20 season, the Golden Knights will open with not one, but two games against who else, the San Jose Sharks.

Nothing like dumping gasoline onto a fire to start the year. What a blossoming rivalry we have we these guys. -Nate Schmidt on NHL Network

Schmidt joined NHL Tonight on the NHL Network to chat about his summer, the upcoming season, and his less than stellar Da Beauty League appearance. (The whole video is embedded at the bottom) But his comments on the Sharks were the highlight of the show. You can clearly tell, the Golden Knights and Sharks still don’t like each other. With each one ending the other’s season the past two years, both teams are going to be out for blood early.

Those things don’t just boil over they don’t just go by the wayside. Guys don’t have a short memory when it comes to playing in big rivalry games. -Schmidt

Whether it’s Ryan Reaves vs. Evander Kane, Gerard Gallant calling Pete DeBoer “a clown,” Cody Eakin’s return to the ice after #NotAMajor, or even potential retaliation for Joe Thornton for the hit on Tomas Nosek that saw him suspended, there’s no shortage of storylines headed into October 2nd and 4th.

I was reading something from Logan Couture the other week on just how fast our rivalry has gone from 0 to 100 these last two years and he couldn’t be more right. -Schmidt

The biggest question of the night though is really how the T-Mobile Arena crowd will respond to the moment that ended their season a year ago. Will there be hostility toward the refs (who aren’t even the ones who made the call)? Will the anger be directed towards the Sharks, and which ones? And finally, what if the Golden Knights fall down early, does the building lose its up-beat positive party-like atmosphere and turn into something resembling the Black Hole?

I can only imagine Vegas-style (on Opening Night), you’re not going to be able to hear the guy sitting next to you on the bench. -Schmidt

There’s only one way to find out and it sure sounds like everybody involved is ready to find out… in 37 days.