Newly signed Golden Knight, Jimmy Schuldt, played his college hockey in St. Cloud, Minnesota as the three-year captain of the St. Cloud State University Huskies. St. Cloud is a small town in the center of the “State of Hockey” with a population of around 70,000. There are only three NHL players to ever claim St. Cloud as their hometown, Kurt Sauer, Mike Sauer, and Nate Schmidt. 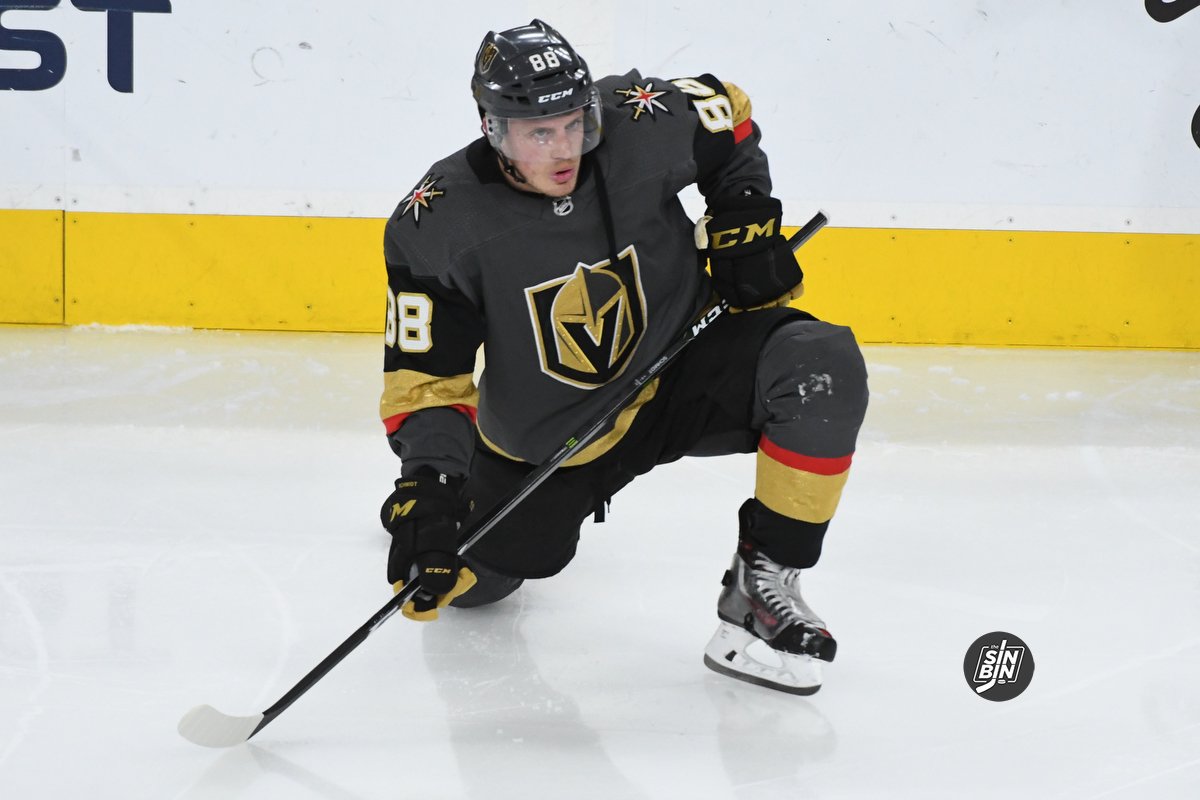 So, it’s no coincidence that when it came time for Jimmy Schult to make his decision on where to sign following his college career, he looked to Schmidt for advice.

But being from, or playing in, St. Cloud is not the only connection Schmidt and Schudlt had. Schmidt was familiar with the position Schuldt was in as a college free agent with multiple suitors, as Schmidt went through it himself in 2013.

That was the biggest part of the process was having someone who had been through it already. It was tough for me and I didn’t have nearly as many teams as he did. I had more than a handful, but not 30, 25 or whatever the heck number he had. -Nate Schmidt

Schuldt’s agent, Tom Lynn, said it started with 29 of the 31 teams showing interest before he and Jimmy narrowed the list to 20, then 12, then five and eventually picking Vegas. All the while, Schuldt was leaning on Schmidt to help him make the decision.

I just try to be as subjective as possible and just let him know what it’s like to play here, what it’s like in our room. I never told him what he should or shouldn’t do, I just tried to lay it out to him the way I went through it. To help him understand it’s more than just this year, it’s more important than just getting a game. It’s more important the future with the organization, wherever it is that he would go. -Schmidt

Because of the way the CBA is worded, Schuldt’s first contract was going to be the same monetarily from any team he signed with. So, it came down to other factors regarding the organization, teammates, and the city Schuldt would eventually choose. Schmidt says he ranked the four things Schuldt should be looking for in this order: Fit, the character of the room, winning, the livability of the city

However, Schuldt consistently went back to a much different factor, one that would be a huge determinant of his future.

You know he kept asking (about George McPhee) and I said George is always as straight up as possible. He always gives it to us straight, you always understand where you stand with him, you know what he wants out of you, everything’s laid out. There’s no hidden agenda or hidden parts with him and that’s what I really like about him. That’s what (I told Jimmy), I don’t know what other teams are doing, all I know is with George what he’s telling you, you are getting him at face value, that’s what he’s got, and that’s what I like about him. He’ll give it to you straight. -Schmidt

It’s a huge decision for a 23-year-old hockey player because the organization you ultimately choose holds your rights until you are 27. So trusting the GM and his plan for you is crucial.

Schmidt says he shared his most memorable personal story about McPhee to illustrate the type of person the Golden Knights have in their GM.

He called me into his office when I was a sophomore at Minnesota and said, ‘Schmidty, we want to sign you but I’m not going to let you (sign). I want you to back to school and then we’ll talk again.’ I thought that was pretty cool to say that to me at that age. A lot of GMs don’t think about guys on a personal level. –Schmidt to St. Cloud Times in 2015

In the end, Schmidt’s sales pitch, if you even want to call it that, may not have been the determining factor in why Jimmy Schuldt is now a member of the Golden Knights. But like with many of the Golden Knights successes, at the very least, Nate Schmidt deserves an assist.

Listen to the whole interview with myself, Jesse Granger of The Athletic, and Nate Schmidt on Schmidt’s involvement in the Golden Knights signing of Jimmy Schuldt.