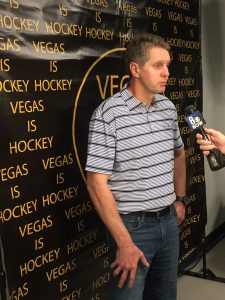 Additionally, Craven will oversee projects at the request of George McPhee, general manager for the Las Vegas franchise -Press Release

Basically his role will be as a liaison between The Creator and the hockey operations team, which is of course headed by GMGM.

In our personal experience at SinBin.vegas, and from the mouthes of every person we’ve ever talked to who’s met Craven, you can’t find a better guy in the sport. Even though it’s a hire we’ve known to be coming for a long time, it’s great one for the organization nonetheless.

I have to pinch myself to think that it’s actually that day, it’s been three years almost since Bill told me that’s what he’s going to do. I’m still amazed that it’s here and it’s coming to fruition. -Murray Craven on being named Senior VP