Motive In Eichel Trade Must Be Winning The Cup, But There’s Reason To Believe There’s More To It 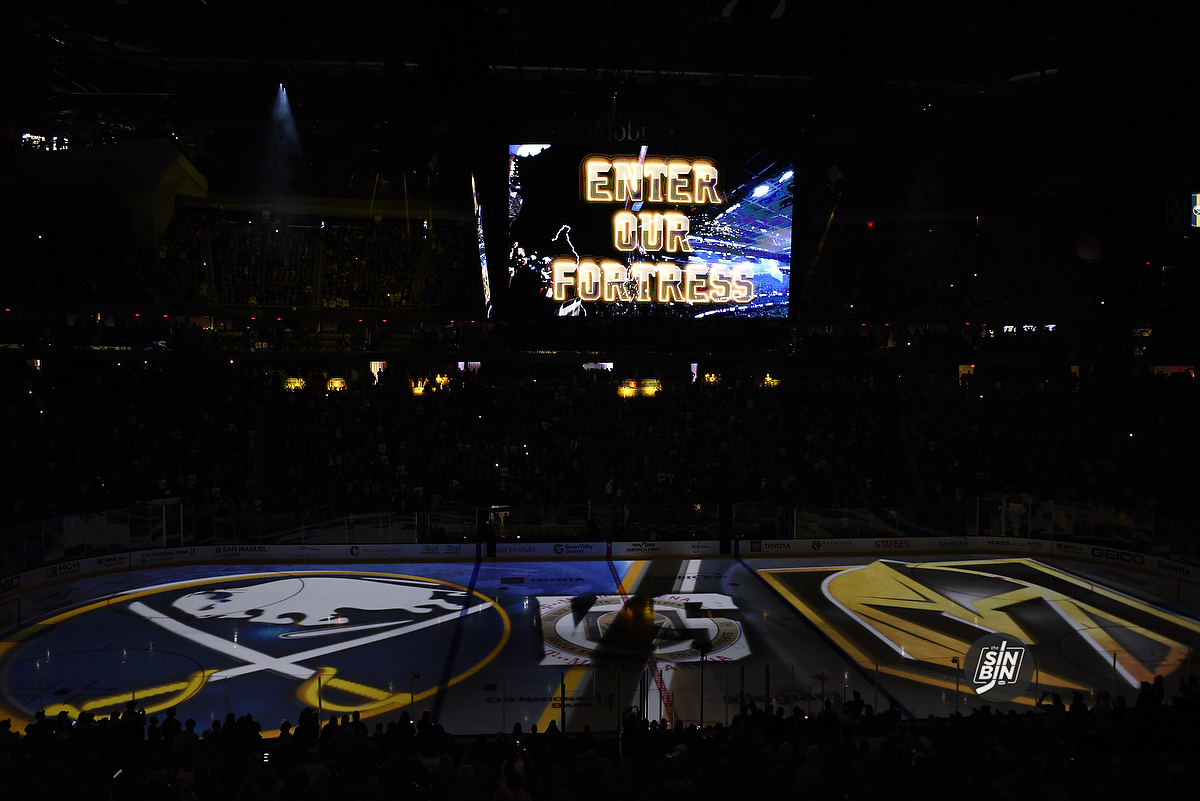 The Jack Eichel to Vegas rumor mill will not stop churning. The latest installments come from a pair of very well-connected sources, Frank Seravalli of DailyFaceoff.com and Sportsnet’s Elliotte Friedman. (Click their names for the link to each rumor.)

If there’s one thing we’ve learned about the Golden Knights, it’s that they are not afraid of making the splash move. So as long as there continues to be smoke, we have to consider the possibility of it turning into a full-blown fire.

I have a major concern with this move though that I have never had with any of the previous superstar pursuits in the past. It really has little to do with Jack Eichel himself or even the package the Golden Knights might have to give up to get him. Instead, it has everything to do with motive, or at the very least, a thought lingering in the background.

If you go back to the trade for Tomas Tatar, or the following ones that brought in Max Pacioretty, Mark Stone, Robin Lehner, Alec Martinez, and Evgenii Dadonov. Consider the signings of Alex Pietrangelo and Paul Stastny or the re-signings of Mattias Janmark, Shea Theodore, William Karlsson, and Alex Tuch. In every case, the goal of the move was clear, it was direct, and it was incontrovertible.

The Golden Knights were trying to win the Stanley Cup.

Sure, we can toil over the cost of the trade, the price of the contact coming in, the age of the player, the fit, the talent, the need, you name it, but never has anyone been able to say “is there something more to this than making the team better?”

We’ve never even discussed it because it’s never been up for debate.

With Eichel, it is, or at least, it will be if the trade does end up taking shape.

The reason for that is the situation the Golden Knights are currently in, as well as the history of how we’ve gotten to this place.

I don’t need to recount the entire story because if you’re here, you probably know most of it, but I’ll just remind you that the Golden Knights were three wins from winning the Stanley Cup in 2018, and since that moment, they’ve never come closer.

Over the past two years, they’ve made some bold decisions and have dealt with a pandemic. However you wish to assign a percentage of the blame to each of those, the fact of the matter is a large section of the Golden Knights fan base has been alienated in the previous 24 months.

The team doesn’t feel the same to a lot of people. And I can’t even begin to think I know the entire pulse of the locker room or the offices at City National Arena, but I’m fairly confident in saying, it’s not the same as what it used to be.

Now, facing what could be a challenging season due to a rash of injuries and a fan base that simply isn’t showing up in droves the same way they have before, there’s a chance the focus might shift, even if it’s just ever so slightly.

A trade for Jack Eichel would mean the acquiring of an elite-level player, but one that is not physically able to play hockey at the moment, and likely won’t for the majority of the rest of this season. It will cost a package of players and assets that will inevitably include at least one starter from the already banged-up roster struggling to keep their heads above water. And it will force even more salary cap gymnastics that will lead to trades like that of Nate Schmidt, Paul Stastny, and Marc-Andre Fleury, in which the Golden Knights are simply buying cap space as opposed to maximizing what in all three cases were excellent assets.

In short, acquiring Jack Eichel would diminish the Golden Knights’ chances to be the next team to lift the Stanley Cup.

That’s not the problem though. The problem is the why. Why acquire Eichel?

Of course, a huge part of it will be because he’s one of the best hockey players in the world, and adding him to a mix of Mark Stone, Alex Pietrangelo, Robin Lehner, and Shea Theodore would have everyone considering the Golden Knights to be among the most talented teams in the league. But what it would also do is completely belittle the failures that will happen on and off the ice this season and have happened in the past. The entire focus would shift to next season.

For some, that could be a good thing as this season has an ominous look to it so far.

This is a franchise that has seen nothing but winning and they are commanded by an owner who does not accept anything less. A terrible season, even one riddled with legitimate excuses like injuries, could lead to the dismissal of any number of people. The precedent has been set, from top to bottom in this organization, failure will not be tolerated, and there will be no hesitancy in replacing the person or people deemed to have failed.

Missing the playoffs, while doing it in front of a fan base expressing their displeasure both in their words and their actions (not going to the games), will not be tolerated, and everyone knows it.

Trading for Eichel is the trapdoor. It’s the fire escape. It’s the get out of jail free card.

If things go south, it gives the Golden Knights a perfectly fair reason to cast this season into the sun as they’ve done in the past with any number of horrible games they’ve played. Forget it and move on to the next one.

A healthy Jack Eichel is being added to a Cup Contending team for next year. That’s the focus and no matter how bleak it looks now, it won’t matter, because there’s a bastion of hope waiting in 2022-23.

That’s pretty powerful for anyone with even the faintest shred of fear that 2021-22 could go poorly enough it would lead to their exit from the organization like the droves that have exited before them. The trap door is there. If it works out, it’s the most brilliant move ever, this year or next. But even if it doesn’t, it buys some time.

If anyone with any power over the decision to make this trade has had this thought cross their mind, it will mean the sole focus of the move will cease to be exclusively on winning the Cup.

That would instantly disqualify the move as being in the best interest of the franchise at large, and if an owner who is truly in it to win sees it the same way I do, he cannot allow that type of transaction to be completed.