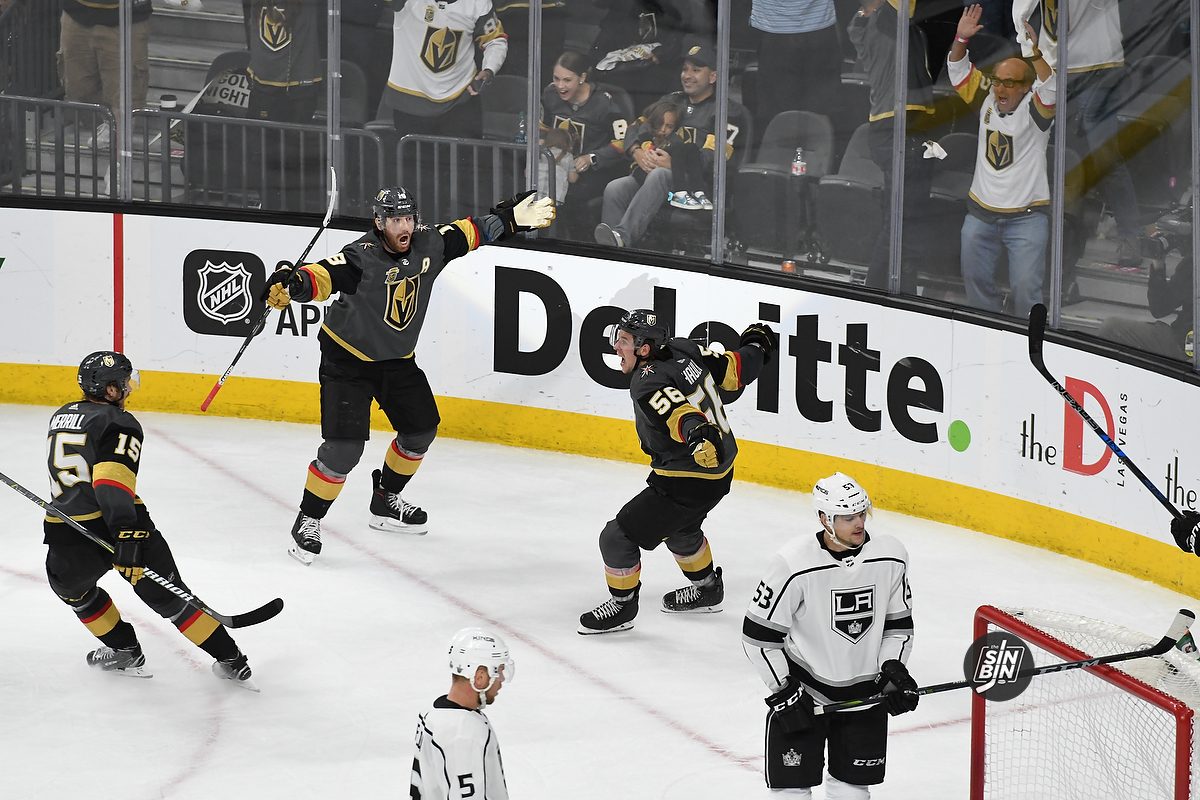 This was the last moment the Kings stepped foot in T-Mobile Arena. We’re looking forward to much more of this. (Photo Credit: SinBin.vegas Photographer Brandon Andreasen)

It seems like it’s been forever since Vegas ended their season, and that was after a run to the Cup Final. Imagine what it must feel like for those teams who were eliminated in April. Luckily, we’re only 77 days away from the Golden Knights first game against the Flyers on October 4th. So, while we continue to wait, and wait, and wait, let’s look ahead to a few key matchups.

This is the Golden Knights first Pacific opponent, and it’s the second game of a five-game homestand. Last season by mid-October, Vegas was 6-1-0 and sitting on top of the Pacific standings. Can they get off to another good start? Playing Anaheim will be a good early season measurement for Vegas.

Nashville is expected to be a top Stanley Cup contender again this upcoming season. It’s a great test for the 2018-19 Golden Knights on the road, in a loud environment. Both teams have high expectations, so a late October tilt will be fun for fans to watch. Vegas fans will get to watch the talented Predators at the T-Mobile arena on January 23rd.

This could be the Erik Karlsson preview game. General Manager George McPhee is known for making early season trades. Possibly, the Ottawa staff will like what they see in person, and accept a swap for E. Karlsson. On his last season before free agency, the Swede will be playing in superstar mode all season. Playing well against Vegas could help get the trade moving. Or, maybe Karlsson will be making his return to Ottawa in a Golden Knights jersey. Or, he’ll be on another team by then and this game will be useless.

It’s the return of the “Real Deal” James Neal. Expect the game to run behind schedule, as Vegas fans will be giving the former Knight multiple ovations before puck drop. Another angle in this game is the new look Flames. Calgary is expected to compete in the Pacific despite all of their new changes. The Flames are trying to compete now, which is why Neal was attractive to Calgary.

This is the third matchup (12/08 @LA, 12/23 @VGK) against LA in 21 days. Not too mention it’s a 1:00 PM, Saturday matinee. This game has the potential to feel like an ugly, rivalry type game. The Kings are expecting to compete for the Pacific Division crown, so these three games in December could be nasty. Perfect for fans.

Wow. The Golden Knights host the Kings on New Year’s Day… Are you kidding me? What a way to bring in the new year. If we’re expecting playoff-style games in December, just imagine the T-Mobile Arena on January 1st. It’ll feel like the postseason all over again. Both teams will have some built up hatred after playing four games in under a month. Thankfully, these two divisional foes play five times this season. 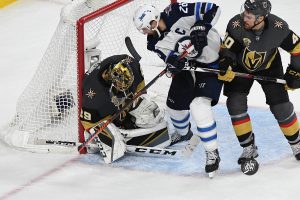 This is a big matchup for two reasons. Winnipeg should be a Western Conference contender, so it’s a good test late in the season. Also, this game is a few days before the trade deadline. By late February, Vegas fans will find out if their team is will a buyers or seller.

Edmonton could be the most unpredictable team heading into the 2018-19 season. If both teams are fighting for playoff spots, this game could have some real divisional implications. Oh, and Golden Knights fans will get to watch Connor McDavid up close again. That’s always worth the price of admission.

It’s a tough draw for Vegas, as they travel to San Jose for a late-season back-to-back. After the Golden Knights face the Oilers on 3/17, they have to jump on a plane to play the next day in San Jose. The two points up for grab could be crucial for both teams.

What a way to end the regular season. It’s almost as the NHL is trying to develop a LA-LV rivalry. This game could have no impact on the standings or it could be an elimination game. In 2017-18, the Golden Knights suited up the backups with a few games to go. It would be nice to be stress free again going into the last regular season game.