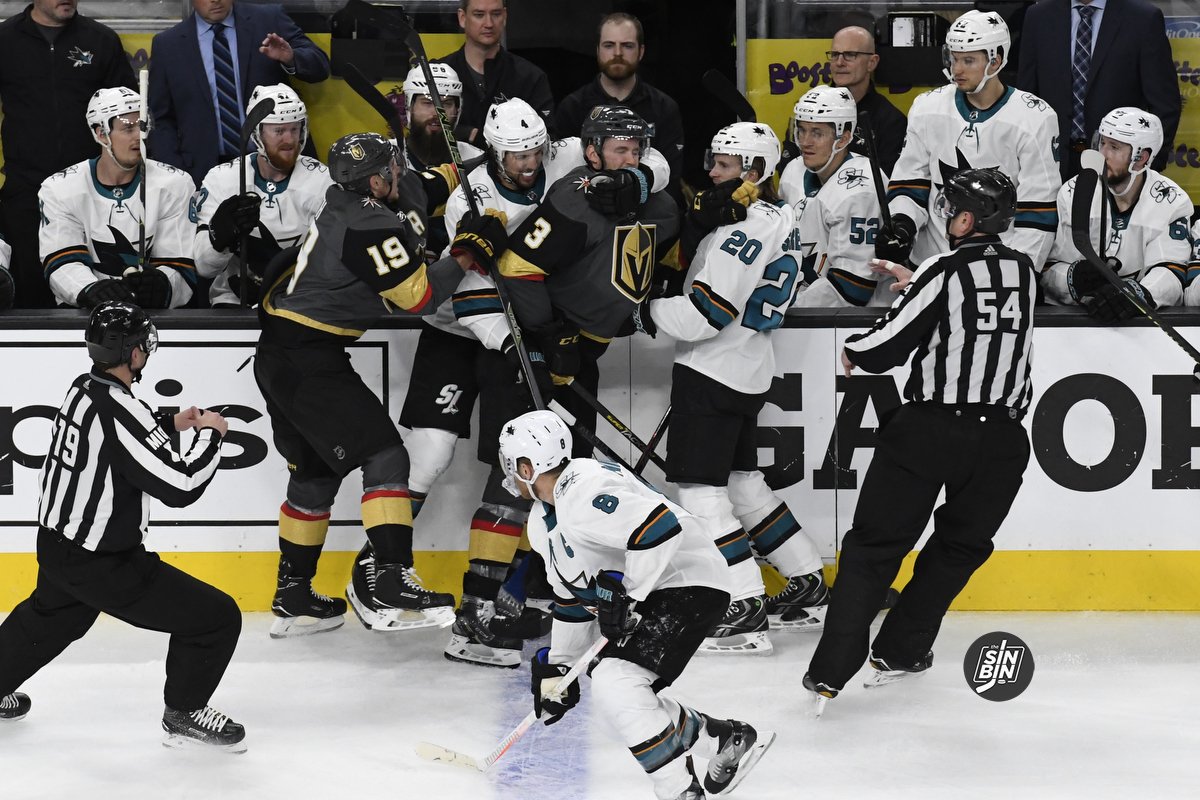 I’m sure viewership is low in Las Vegas for the Sharks/Avalanche second round series. Although, San Jose did lose Sunday so maybe VGK fans tuned into the postgame show. Either way, it’s been a painful series to watch for most in Vegas. The two teams have no history of emotions so it’s a little boring, to say the least. There have been twenty-two minutes in penalties and exactly zero chirps. It’s nothing like the first round matchup between Vegas and San Jose. It lacks the same passion.

On Vegas’ locker clean out day I went around the room asking players ‘was this one of the most intense series you’ve played in?’

Here were their responses:

This one was pretty wild. There’s definitely some hate there. It was intense and fun. Fun to be a part of. It just sucks we didn’t come out on top. -Brayden McNabb

I played Game 7 in Boston. Won a Game 7 in Boston but this series was crazy. The momentum shifts, the physicality, the emotions and obviously the drama. It was a lot of fun but I feel like we deserved better. This series could’ve gone either way. Everyone knows that. It was a lot of fun to play in and I think going through this experience… will make this group a lot better. -Max Pacioretty

Very intense. It was a grind. People don’t realize how tough it is to play in the playoffs. A lot of people think teams just walk through and you play and you win. It was tough physically and mentally and it sucks to be on the losing end. -Shea Theodore

The first round is usually the toughest to win. It’s true because everyone is so fired up, everyone is fresh and excited about being in the playoffs. It was an intense series, probably the most intense series I’ve ever been a part of. Going back to when I was with Washington versus Pittsburgh. It had that similar feeling to it, you know, two teams with no love lost on either side. It’s making for a good rivalry though. -Nate Schmidt

It’s a big rival. It’s safe to say they’re our number one rival. It’s a fun battle because you have a lot of respect for a lot of guys on that team. It’s fun to go out there and battle with those guys. They’ve been an elite team in the league for a lot of years now. You play a team two years in a row and you’re bound to get that rivalry. -Deryk Engelland

It was intense. It was hockey at its finest. You saw a little bit of everything. You saw toughness, great goaltending, some awesome goals, guys laying in out on the line every night. You saw lose one, win three, lose three. It’s just the way it goes but it was definitely an exciting series to be a part of. -Jon Merrill

Definitely the most intense ones. It was really fun. It’s what the playoffs are all about. It’s definitely a memorable one. -William Karlsson

Hopefully (probably), Part III will take place next postseason. This time we’ll all know to get the prescription for blood pressure medication before the series, rather than dealing with the after-effects later.