Most Indispensable Golden Knights In 2020-21 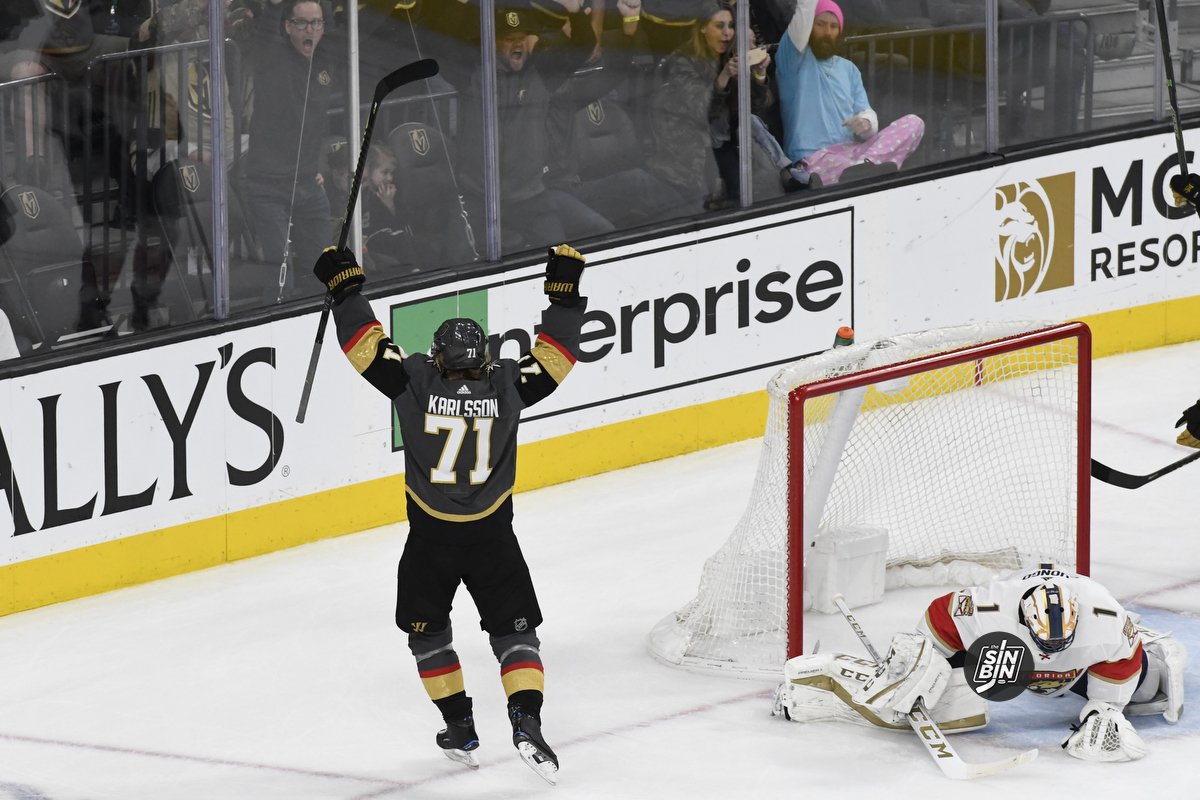 As the Golden Knights roster continues to churn, the balance of importance on that roster changes with it. Many guys who were once the most vital on the team are no longer here and other stars have stepped into their places.

So, when discussing which players are the most indispensable for the Golden Knights this season, the exercise is not as simple as it would seem. The great Kevin Iole, Jason, and I had a discussion about this very topic and realized the options are so plentiful that we had to bring it to the site. We each picked three and between us we came up with six different players.

Kevin – The 2017 NHL Entry Draft was loaded at the top. Nico Hischier, Miro Heiskanen, Cale Makar and Elias Pettersson are already elite NHL players. The Golden Knights’ thought Glass would be a player of that caliber and jumped on him when he was available at No. 6.

Now, Paul Stastny has been traded and they need someone to plug into that second line. The best way it could work out for the Golden Knights is if Glass could finally live up to his draft status. He showed glimpses last year, but wasn’t able to stay healthy and went long stretches while doing little.

If he comes up big and the Golden Knights can put Chandler Stephenson on a third line with Alex Tuch and Nic Roy, they can create a huge match-up problem with the third line while have two very strong top lines.

If Glass struggles, Stephenson moves up to center one of the top two and the third line suddenly isn’t as much of a scoring threat. Glass’ success will tell much about the kind of season the VGK will having in 2021.

Jason – Is this a trick question? Of course, it’s Lehner, without him the Golden Knights don’t have a goaltender. Sure, they have two now but by the time the season begins Fleury will be gone, leaving Lehner as the only starting goaltender in Vegas. I understand we were told by the Golden Knights that the plan on keeping both goalies but I don’t see that happening. In a shortened season, a condensed schedule may require a sturdy backup but how many nights do they plan on sitting Lehner? 10-15 games? The 29-year-old has started more than 34 games in the last four seasons, so it doesn’t make sense to relieve him with an expensive backup like Fleury?

Both sides have said the right thing over the past few months but in reality, keeping both isn’t good business. If the Golden Knights are seriously trying to win the Stanley Cup it won’t be by spending $12M in net. They’re too smart for that. And with that, Robin Lehner’s presence in the VGK lineup is paramount.

Ken – I originally had Lehner, for all the reasons Jason spelled out, plus the fact that losing him for any amount of time would further the lunacy of keeping them both. But, while both goalies are on the roster, I just couldn’t bring myself to rank Lehner above Mark Stone.

Stone has been the engine of the team since the moment he got here at the deadline in 2018-19. When he’s scoring or helping others score, the Golden Knights are basically unbeatable. Think back to the Sharks series. He drops 10 points in the first four games and VGK leads 3-1. Goes silent in Games 5 and 6 and they lose them both. (He had two points in Game 7, which still remains a win in my book.)

Yes, the Golden Knights have replacements, but no one can do what he can do. The season isn’t over if they lose Stone, but you can forget about winning the Cup if he’s not out there and dominating.

Kevin – Smith has arguably been the best all-around player in the franchise’s history when you consider everything he does: He’s great 5-on-5, he’s strong on the power play and he’s one of the top penalty killers.

With Stone, Smith and Tuch, the VGK have three right wings the envy of many in the league. Both Stone and Smith are fabulous defenders as well as scorers and they create match-up issues.

I fear a slight regression for Smith offensively, but his value isn’t simply offense; it’s his two-way play. If they lose Smith, what once was a strength leaves in a hurry and there’s no real clear candidate to replace him who can do any of the things he does.

Some teams that Vegas talked to to create cap space they asked for Tuch, who just signed a six-year extension. I don’t believe Reilly Smith was someone they wanted to move. I heard a couple of teams asked about Smith and they were told ‘no we’re not moving him.’ –Elliotte Friedman, Sportsnet 10/14/20

Vegas’ front office made it clear to other teams that Smith was not for sale. There’s obviously a reason for that, which is good enough to put him on this list. VGK fans watch nightly how reliable Smith is in all situations, and obviously, the front office sees the same.

Ken – If Nate Schmidt were still on this team, he’d absolutely be on this list. Over the first three seasons, when he wasn’t available the Golden Knights have been average, at best. Now, he’s been replaced by an even better player, and an even more important player. Pietrangelo’s role on this team is going to be to take on the best players on the other team every single night, and he’ll be expected to thrive against them.

With Pietrangelo, Theodore is free to start most of his shifts in the offensive zone against lesser opposition. He’ll feast just like he did while Schmidt and McNabb ate up the hard minutes in 2019-20 and especially in the playoffs.

Without Pietrangelo, Theodore becomes the end-all-be-all on the back-end for the Golden Knights. That will likely eat away at his offensive production and will take Vegas from a Top 10 defense to below average.

Kevin – If Smith hasn’t been the franchise’s best overall players in the first three years, it’s been Karlsson. Like Smith, he’s effective in all three zones and on all special teams.

He’s the closest thing the VGK has to a legitimate Top 6 center. Losing him for any period of time will almost force George McPhee and general manager Kelly McCrimmon to make a move to replace him.

Glass is not yet a proven commodity and Stephenson had a career year last season. Plus, he seems to work better down the lineup, where his speed and his playmaking can create matchup issues.

So much of the VGK’s success rides on Karlsson’s shoulders. According to NHL.com, he was 32nd in the regular season in faceoff win percentage, and seventh in the playoffs. With Stastny gone, the Knights have no one else who can be relied upon for key draws like that.

He’s asked to do so much, and there is no one to replace him. If the depth chart at center is Karlsson-Glass-Roy-Tomas Nosek, it’s not bad but certainly not one of the premier groups in the league down the middle.

But if Karlsson is out and it becomes something like Stephenson-Glass-Roy-Nosek, the VGK will have problems.

Nobody is more indispensable to the success of the 2021 Vegas Golden Knights than Wild Bill.

Jason – This is another situation of necessity. Karlsson is the Golden Knights best center, by a long shot. Overall, Vegas is mediocre down the middle and with the uncertainty of Cody Glass, Karlsson remains the only reliable top-six middleman on the team. Chandler Stephenson has been a great addition to the club’s center depth but we haven’t seen him produce as a top-six center for an entire season. Hopefully, between Karlsson, Stephenson and Glass the Golden Knights will potentially have three top-six quality centers on their roster. Until then, Vegas is screwed without Karlsson.

Ken – Without Karlsson, the Golden Knights are unequivocally the worst team in the NHL at one of the most important positions.

The team with the worst centers in the league is almost always thinking about lottery balls. No Karlsson, no Cup (and maybe no playoffs too).