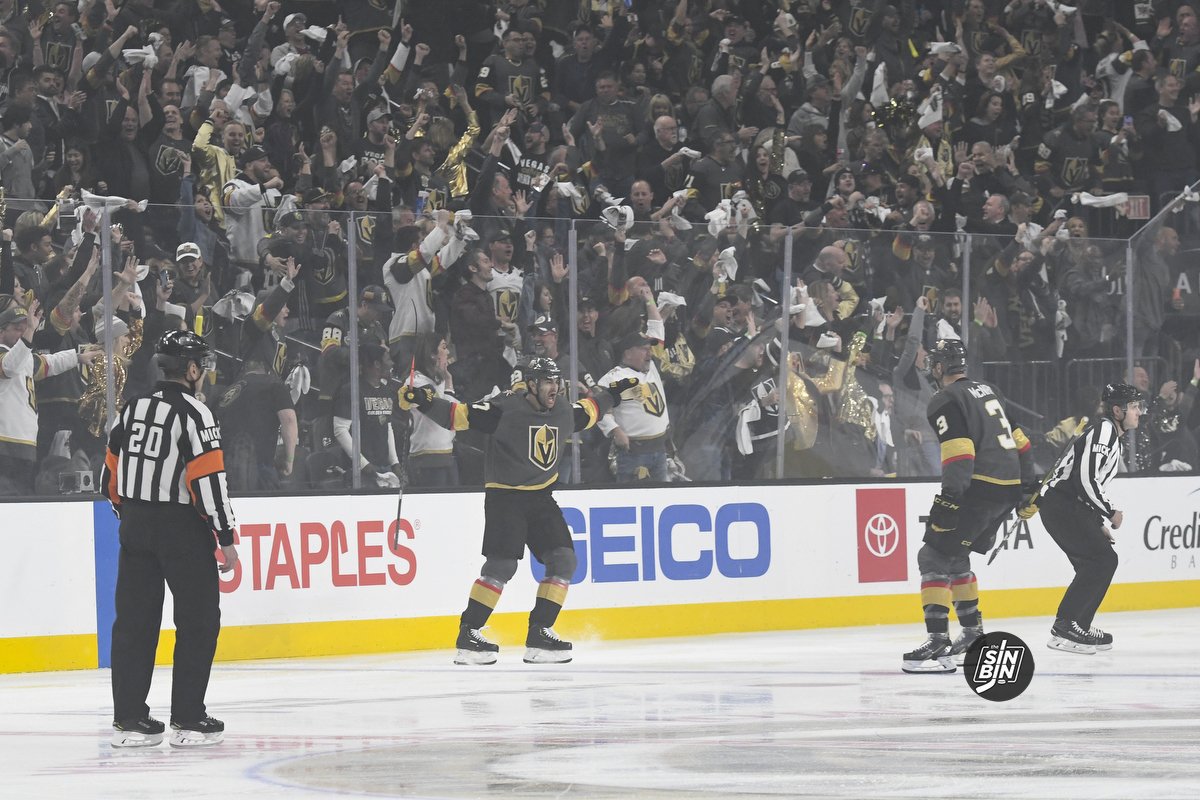 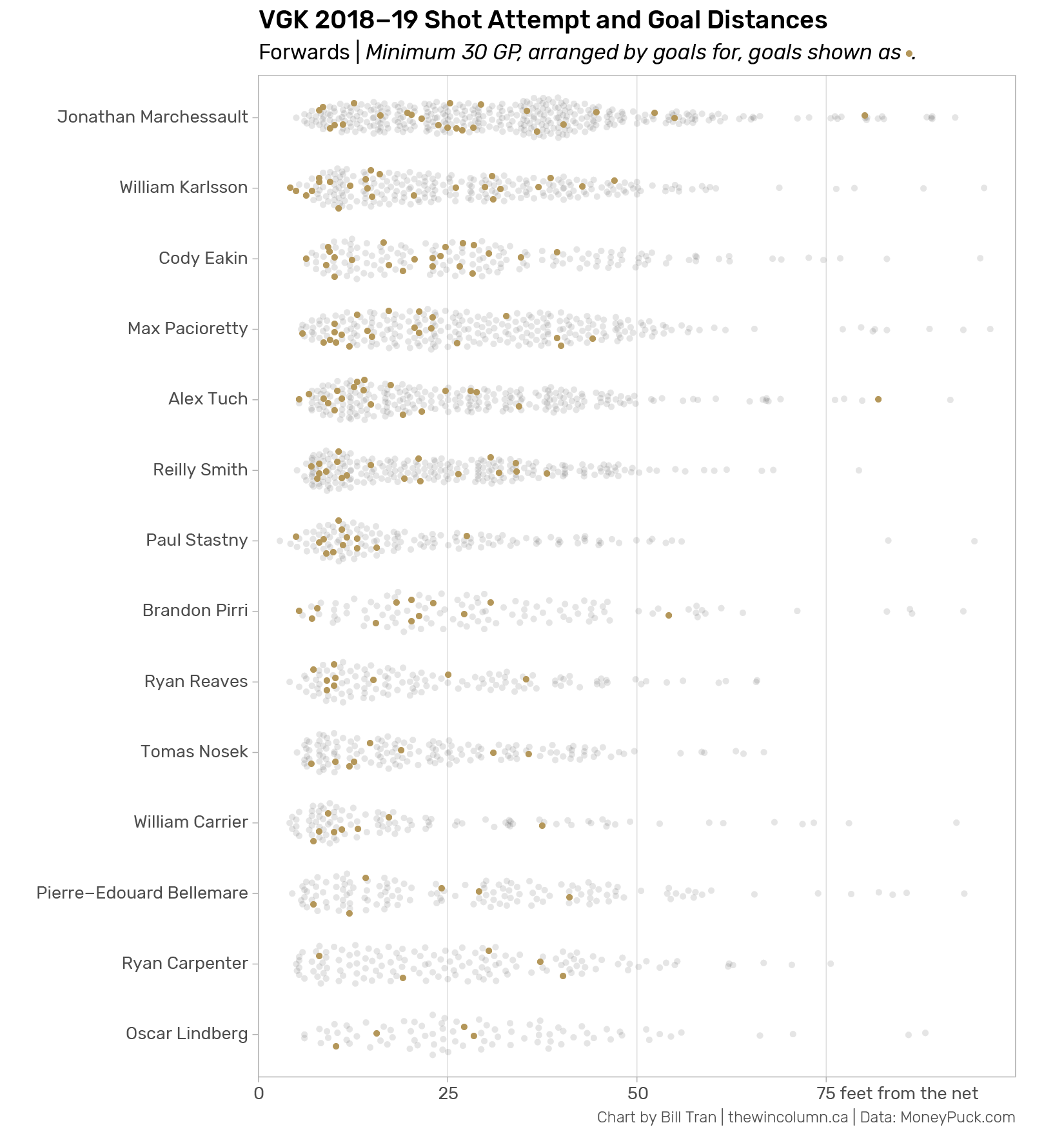 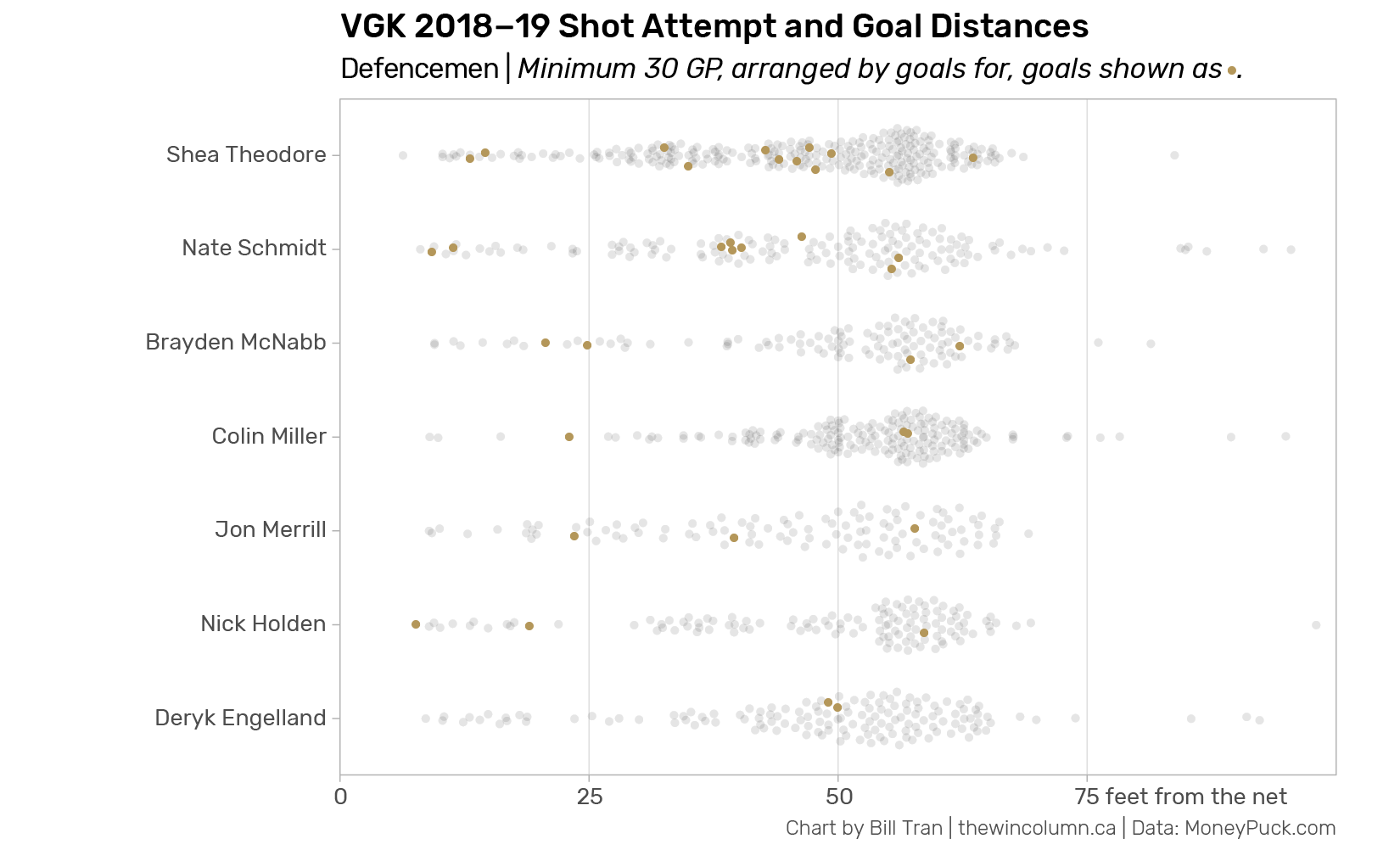 Unsurprisingly, most of the Golden Knights goals came from within 25 feet of the goal. Their shot attempts were kind of all over the board though, especially from Marchessault, Pacioretty, and Pirri.

In comparing them to the best shooting teams in the division (Calgary and San Jose) the Golden Knights shots definitely skew further away from the goal. Here’s a look at the top five scoring forwards on each team compared to the Golden Knights.

As you can clearly see, the shot distance is significantly closer for the Golden Knights rivals.

It’s certainly something that needs to improve for the Golden Knights in 2019-20 if they want to get back to being the scoring powerhouse they were in 17-18.

The good news, Mark Stone is a star, especially at getting shots in close. And rather than getting 18 games of him, the Golden Knights are set to get 82.