“More Of Subban This Year” 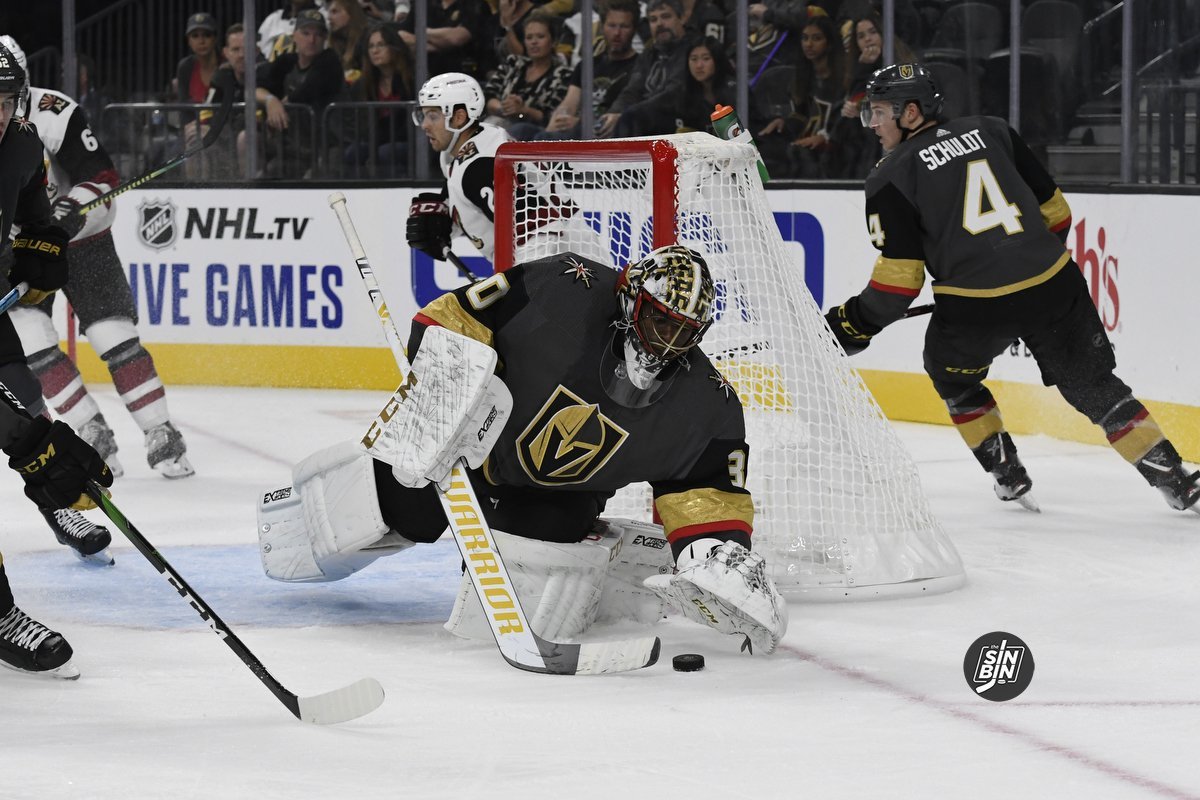 For the first time this season, Malcolm Subban will be in between the pipes for the Golden Knights tonight against the Arizona Coyotes.

Last year, Subban played 21 games, starting 20 of them. Max Lagace got one game which left 61 for Marc-Andre Fleury. That includes a nine-game stretch at the end of the season where Fleury was out with an injury. If not for that run, Fleury likely would have played 65 or more games.

The prevailing thought around the NHL is 65 is too many, heck most believe (including Jason and I) that 60 is even too many.

Of the 13 starting goaltenders that have hoisted Lord Stanley’s Cup since the beginning of the salary cap era in 2005, none played more than 70 games in the regular season. In fact, only two of the 13 played more than 60 games. –Jesse Granger, The Athletic

The Golden Knights, at least what they stated publicly, were pretty stubborn last year in their comments about not holding Fleury back to a certain number. This year, the thinking may have changed.

You are going to see more of Subban this year, you will. George and Kelly and the coaches have it figured out and they have games identified for Subban and you are going to see him more. It’s part of what needs to happen. –The Creator on Sportsbook Radio

Tonight’s game is not a back-to-back, the Golden Knights are not in the midst of a hectic week schedule-wise, and there wasn’t much travel involved. It simply seems like load management for Fleury.

We want to make sure Flower is really ready for the playoffs. He doesn’t want to do it, he wants to play every night, he’s such a competitor. –The Creator on Sportsbook Radio

Subban played two to three games a month for the first five months of the season last year. This year, that number will probably be closer to four to five a month, and the Golden Knights will be better off for it… even if Subban doesn’t play as well as Fleury can.