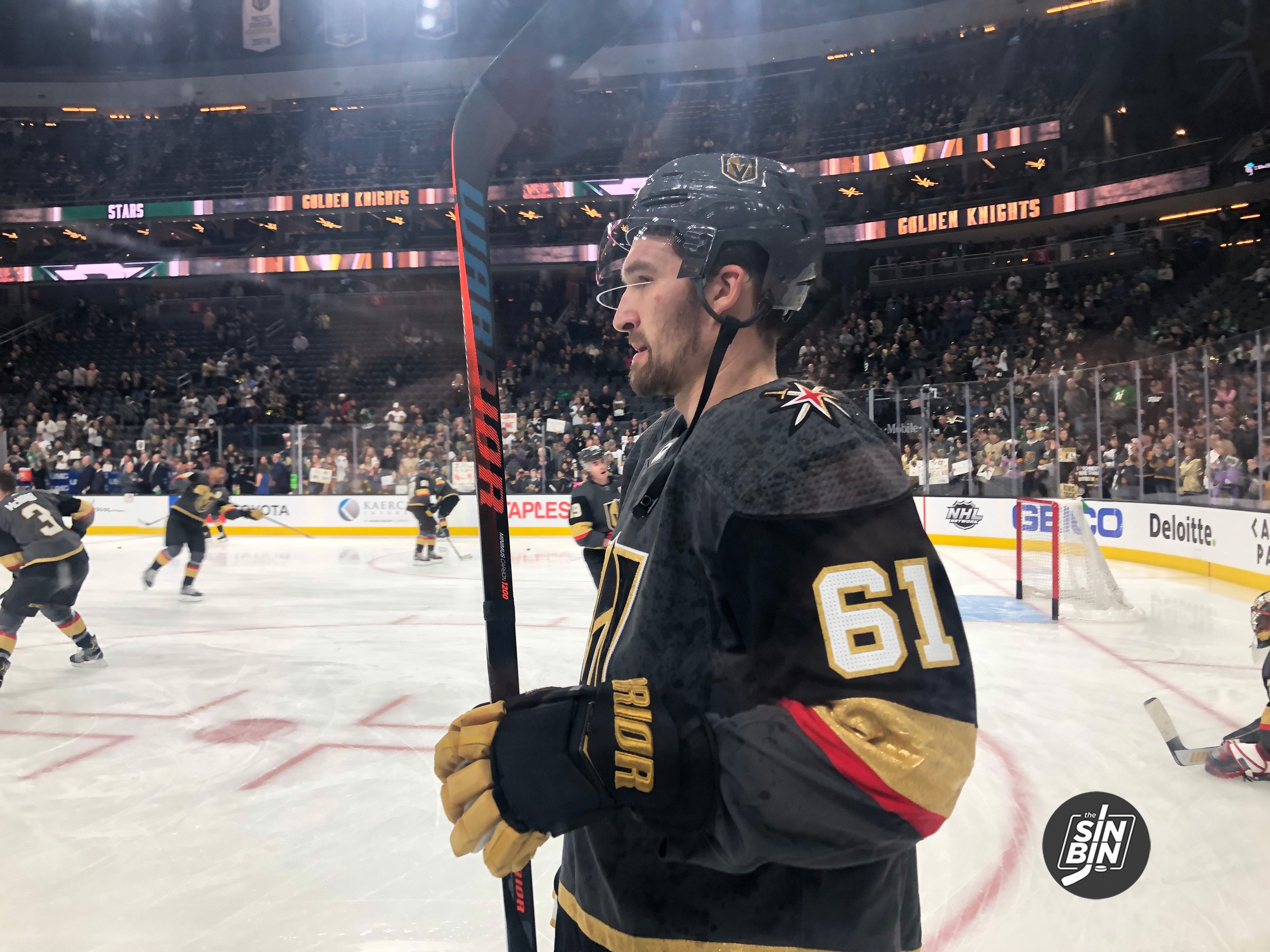 The Golden Knights have had a not-so-memorable offseason. The roster has changed dramatically and devastating injury news continues popping up week after week. A lot of it seems to stem from miscommunication between various parties.

Earlier this week, NHL.com reported that Mark Stone would shockingly miss all of training camp. The reporter was quoting from her conversations with Golden Knights center Jack Eichel and head coach Bruce Cassidy. One or the other likely unintentionally let too much slip out in his interview with Spiegel. Later in the day, the reporter tweeted the team had clarified some of the comments.

Update regarding Mark Stone’s status as there was a miscommunication regarding his availability for training camp.

A team source confirmed Stone’s availability at the start of camp is now questionable but he is expected to participate at some point. https://t.co/Rh9nxR0A0a

While the organization cleaned up some comments they never offered a concrete response to Stone’s training camp expectancy. “Availability is questionable,” is not a full response, and McCrimmon’s comments in his press availability left plenty of room for a timeline on Stone’s return. Vague information leads to speculation from the fanbase and they’ve done enough of that. From all accounts, Stone was on track to attend training camp on time with the rest of his teammates. That’s what the Golden Knights captain implied on NHL radio earlier this summer.

I’m battling a pretty bad back and ended up getting a discectomy and should be ready to go first day of training camp. – Mark Stone on NHL Network Radio in June 2022

Fans are hoping Stone’s optimism is more accurate than the information reported on Monday. However, some are realizing how missing any amount of time will stunt the growth between the captain and Eichel. Let’s not forget Stone will need to acclimate himself to coach Bruce Cassidy’s preferred system as well.

What’s most bothersome about the constant miscommunication is it’s beginning to shape the Golden Knights’ roster. Learning about Lehner’s season-ending surgery so late in the offseason potentially impacted front office decisions. Had they had the information while the market was open Vegas might have acquired an established starting goaltender. That type of misconception left the team worse in net.

Go back a bit further and there was a miscommunication between VGK and Marc-Andre Fleury over ending his career in Las Vegas. SinBin.vegas sources indicate something similar happened to Paul Stastny. Both were free agents this summer. Each signed for fairly inexpensive deals. Neither came back to Vegas. It’s a bit of a leap to say communication issues are the only reason Fleury nor Stastny will suit up for the Golden Knights this year, but there’s no doubt it at least played a part.

Hopefully, the latest example of miscommunication is the last of the offseason. The Golden Knights cannot afford any more distractions or more importantly, injuries before camp begins later this fall.