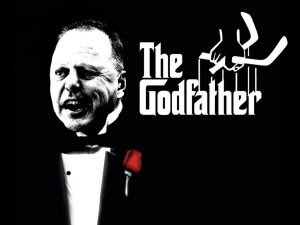 Kitchen designed Chicago’s penalty kill during their 2013 and 2015 Stanley Cup runs. Kitchen’s unit broke the top ten in 2014-15 stopping opponents 83.4% on special teams. However, it got worse after Chicago’s last parade. For the past two seasons the Hawks penalty kill was one of the worst in the league. Of course, Kitchen was evaluated after defensive production continued to drop. His players sealed his fate after being embarrassed by Nashville.

Putting the Predators series aside, Kitchen had a really solid run in Chicago. His tight relationship with Quenneville identifies his strong ability to coach and his loyalty. Gallant will need a defensive specialist and loyal companion to work along with during rough patches. Gallant’s initiatives and message will have to be understood by the entire team. Kitchen did that for seven years with Chicago.

Overall, Kitchen could do more for Vegas than Vegas could do for him though. As a former head coach, and two-time Stanley Cup winning assistant, he could make a real difference to a young franchise. Having the experience would be an added asset for Gallant. If Kitchen desires to become a head coach again, Las Vegas may never even appear on his radar. On the other hand, he just got fired as an assistant so the limited head coaching positions left may not even be available to him.

The Golden Knights could be a good franchise to rebuild his reputation. If Vegas succeeds in penalty kill efficiency, Kitchen would get plenty of praise. It’s a classic case of one hand washes the other. Remember, there is no Tom Hagen without the Corleones. But let’s face it, there’s no Corleone family without Tom Hagen.