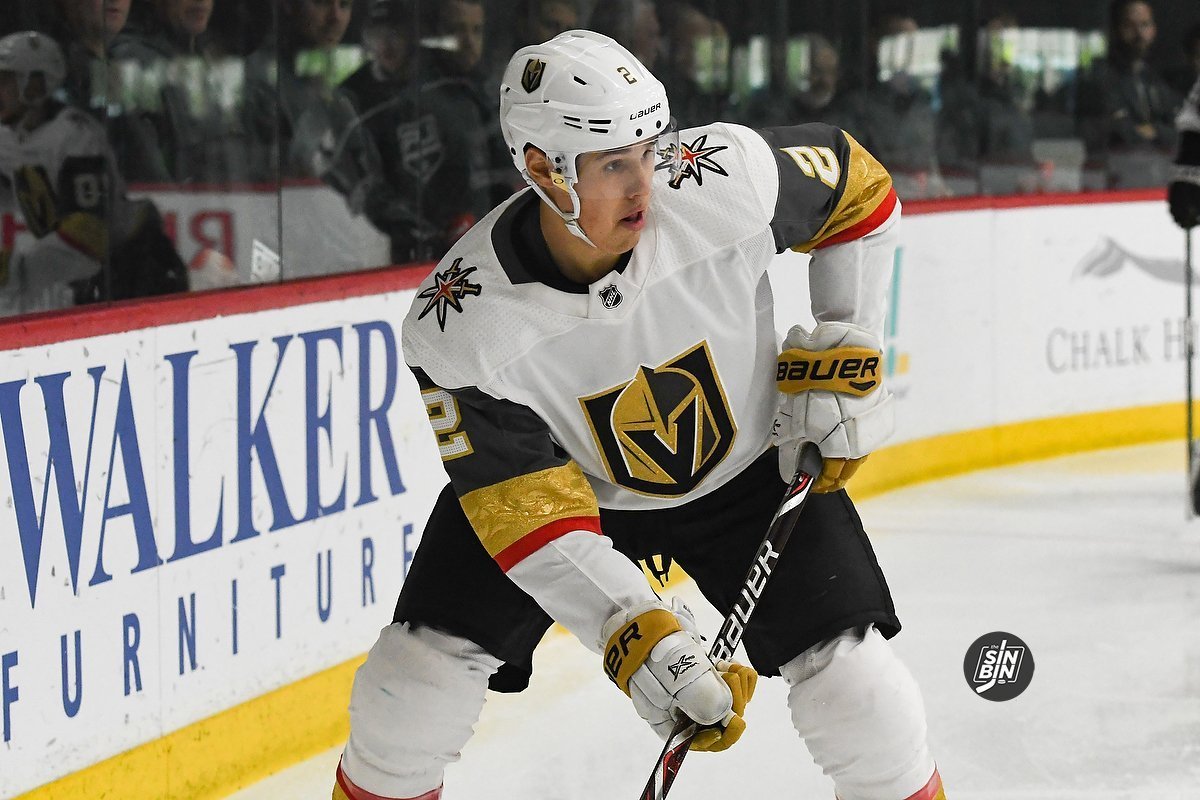 It’s taken quite some time, but it looks like the rookies are finally fully cooked and ready to play in the NHL.

With the move of Colin Miller the Golden Knights roster currently stands with just five NHL players under contract and likely a sixth when Deryk Engelland re-ups in Vegas.

While the trade was made to help with cap compliance it was also made to provide some hope for the young defensemen we have in the organization. We really believe we have some terrific young defensemen, different flavors, bring different things to our lineup.  -McPhee

There are five players with a legitimate claim to that open spot. They are Nic Hague, Jimmy Schuldt, Zach Whitecloud, Jake Bischoff, and Dylan Coghlan.

So this is going to be a year where we’re going to add a rookie on the blue line and we have different flavors and I’m not sure which one at this point will do it, but it brings some enthusiasm and some freshness to your lineup and we believe will make us better because these kids are good, they are good players. -McPhee

The battle to win that spot will get underway when training camp starts in September.

Will it be Hauge, the tall, strong, puck-moving defenseman with a knack for adding offense especially on the power play? Or Whitecloud, the terrific skating two-way guy who seems to be able to go through entire games without making a single mistake? Or will it be Schuldt, the college free agent who nearly won the Hobey Baker and showed out well in his single game in the NHL? Or even Bischoff, the stay-at-home defenseman who has a chance to step right in as one of Vegas’ best penalty killers or Coghlan, the little defenseman with a wicked shot, the ability to join the rush, and skating ability most defensemen dream of?

McPhee isn’t wrong, they do have plenty of “flavors” as the heir-apparent on the blue line. So, he had to do something to make sure they are being looked after, and in moving Miller, he believes he’s done just that.

You have to give the young players in your organization some hope that there’s something there for them. If they looked at our team without that move they’d say ‘where am I going to play, looks like I’m destined for the American League again’ and while that’s okay in terms of playing in the American League, if you are ready to play here you want to provide that opportunity. -McPhee

Which rookie will reign supreme? That will certainly be a major storyline heading into 2019-20. If you asked me today who I think wins the job, I’d have absolutely no clue. Luckily we’ve got plenty of hockey to watch the decision has to be made. So, I’ll make my pick then, rather than at the end of June.