McPhee On Injuries: “We Aren’t Deep Enough Yet To Not Have Everybody In” 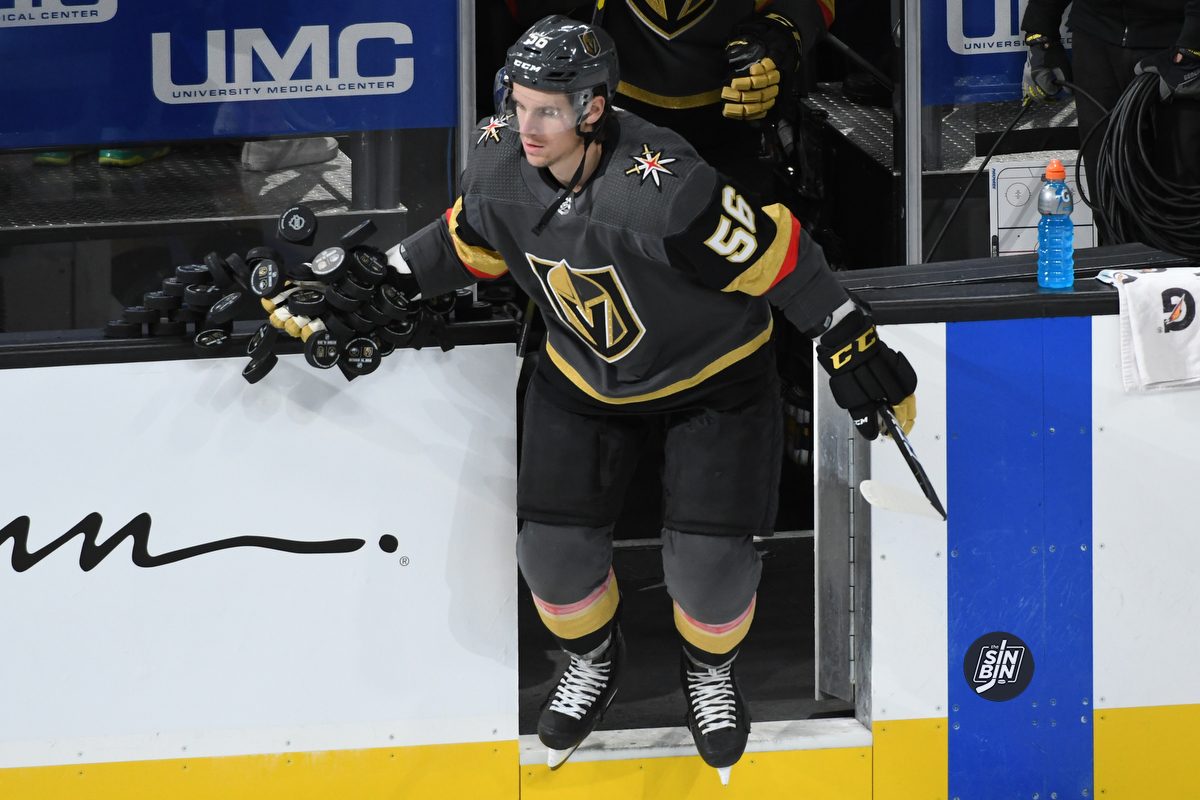 Injuries are a major part of hockey. Every team goes through them at various times and for various stretches of the season. For the Golden Knights, it’s come early and it’s come in the form of high-end forwards.

Alex Tuch missed the first eight games of the year and Max Pacioretty missed four games at the end of October. Both Pacioretty and Tuch have returned to the lineup, but the two guys they’ve played with on the Vegas second line haven’t been as fortunate. Paul Stastny went out in Game 3 and isn’t expected to return until late December at the earliest, and Erik Haula appears to be out for at least the balance of the calendar year.

Then there’s the suspension which has kept Nate Schmidt out for the first 20 games of the season. All in all, the Golden Knights have yet to play a game with anything resembling a full lineup, and the GM is frustrated.

I’d like to get healthy, for one game. just to see what we are. We just haven’t been. You know we rebuilt our second line and I think they’ve played two and half games together. Stastny’s been out most of the year, Pacioretty was out, Haula’s out, Tuch’s been out. We aren’t deep enough yet to not have everybody in. -George McPhee on Sportsnet 590 in Toronto

All in all, they’ve missed 39 games due to injury and 18 going on 20 due to suspension.

Is it worse now than it was at any point last year do you think? – Bob McCown, Prime Time Sports host

It’s probably worse if you take away the goaltending. -McPhee

McPhee was on with McCown and was also asked what was plaguing his team this season. His answer, without hesitation, was consistency.

However, the most disturbing part of the entire interview (which can be found at the bottom of this article) was McPhee’s use of the words “not deep enough,” in describing his roster. He used them twice while answering the same question about the team’s injury situation.

We can’t afford to lose skill guys for very long. We aren’t deep enough. And it seems like the guys we are losing are skill guys. Whether it’s Schmidt on the blueline, Haula, Pacioretty, Tuch, Stastny, those types of guys. -McPhee

It’s a scary thing to hear, especially with the expectation that neither Stastny nor Haula will be back in the lineup any time soon.

Does McPhee make a move for another skill player? Does he call up his minor league skill players like Brandon Pirri, Daniel Carr, Brooks Macek, or Erik Brannstrom? Or does he sit back and hope his team can tread water until they do indeed return to health?

Those answers will come in time, but while we wait, realize that the GM believes his team, which is 7-10-1 through 18 games, is lacking skilled depth. That’s not a promising outlook for a franchise that fully expects to still make the playoffs despite a poor start.