McPhee On Goalies: “I Hope We’ll Get Back To Alternating Again” 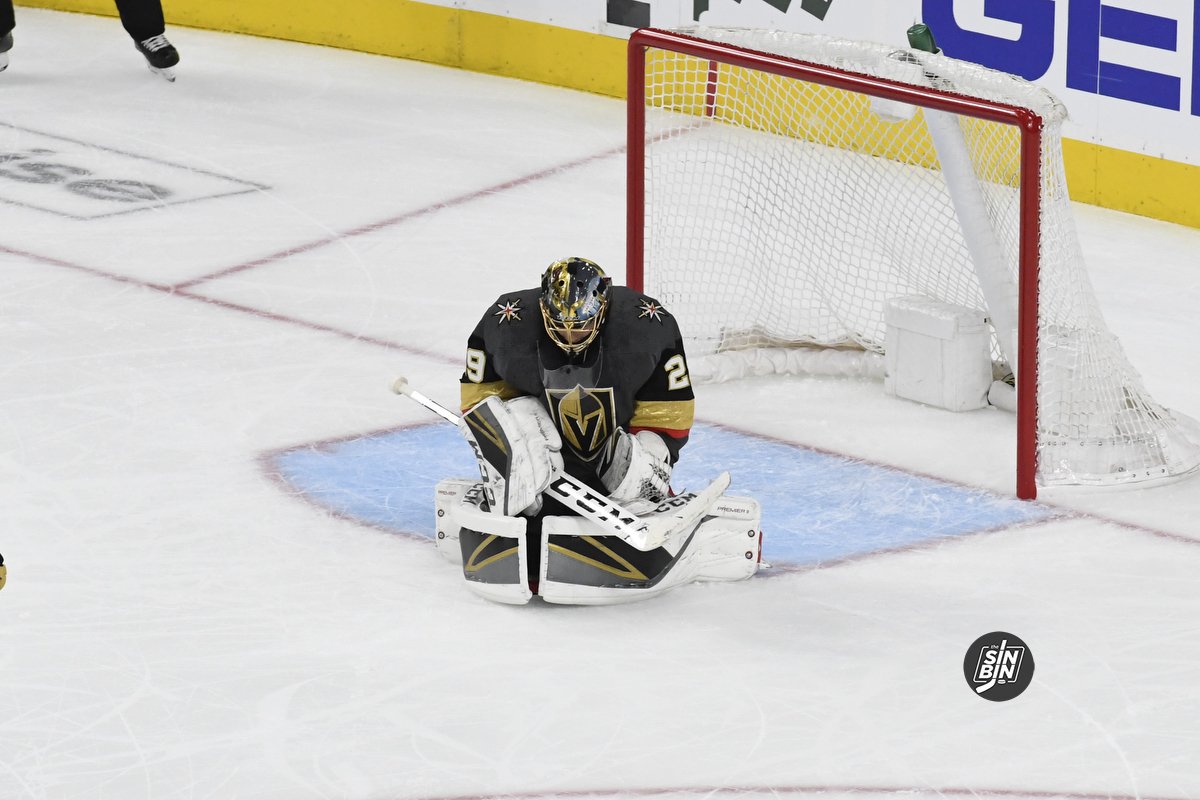 At some point, Robin Lehner will return to the Golden Knights and they’ll once again have two legitimate starting goaltending options every single night. Prior to losing Lehner, the Golden Knights had alternated goalies every game and raced out to a spectacular 8-1-1 record, eclipsing the start of the historic expansion team.

I’m sure at the start of the season we’ll look at a 50-50 split to get their games established. Then we’ll go from there and all bets are off. -Pete DeBoer on 1/9/21

Since February 11th, when Marc-Andre Fleury got the surprise start, he’s started all six games for the Golden Knights. During that time he’s posted an impressive .956 save percentage, allowing just eight goals on 181 shots, and recording two shutouts of the Colorado Avalanche.

So, when Lehner returns, what is the plan?

In talking about the Lake Tahoe game, McPhee mentioned that both teams were using their #1 goalies. The co-host, John Shannon, later recalled that comment asking if Fleury was indeed the team’s #1 goalie. McPhee nodded in agreement and then added this.

Well, Robin Lehner is injured right now. So, do I see it as a competition? Not really. Do I see it as riding the hot guy? Not really. I really like alternating the goaltenders. Keep them fresh, play every other game, they know what game they’re playing, they know what days are off and what days are work days in practice to get ready for the next game. –McPhee on Bob McCown Podcast

He continued explaining that he’s seen the success of the alternating goalie system in Boston and with the New York Islanders.

I like keeping the goaltenders fresh and alternating is fine by me. That’s what we had planned on doing this year and we’ll see where it goes. When Robin comes back I hope we’ll get back to alternating again and we’ll see. –McPhee on Bob McCown Podcast

Lehner was not expected to travel to San Jose before that game was postponed and has not returned to the ice since missing his start in the rotation two weeks ago.

Fleury has clearly proven he’s still able to play at a Vezina quality level and appears deserving of holding the role as the starting goalie for this team. So, are “all bets off”  or will Vegas return to the 50/50 split?

We know which one the President of Hockey Operations prefers, but we also know his mantra is he doesn’t tell the coach how to coach and the coach doesn’t tell him how to manage.

So, the decision is ultimately DeBoer’s, but when the boss clearly wants it to go a certain way, it’s probably likely to go that way.