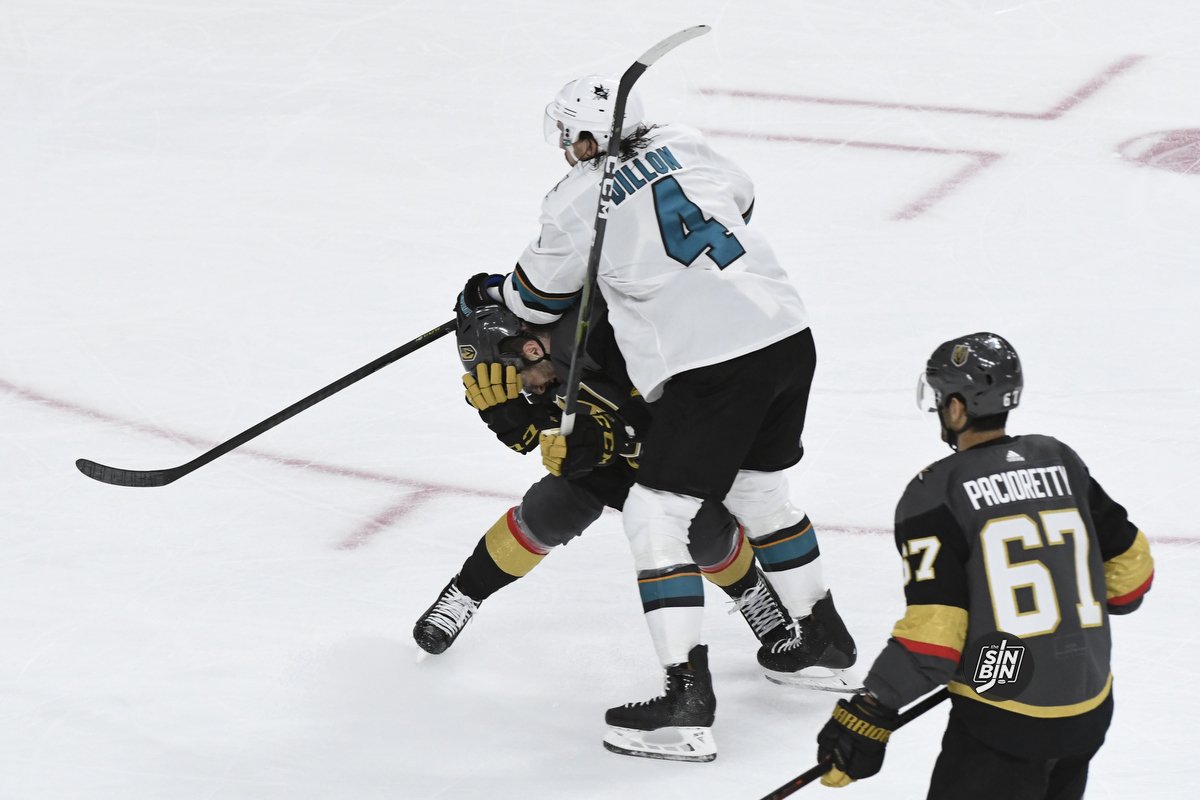 Emotions ran very high during the Golden Knights and Sharks seven game first round thriller. From the Ryan Reaves vs. Evander Kane jabs (both literal and figurative) to Joe Thornton’s dirty hit on Tomas Nosek, to the “clown” comment from Gerard Gallant, the series will leave a lasting impression.

George McPhee clearly had some thoughts on the way the Sharks played in the series and in the most calculated way possible, he didn’t take long to let some slip out early in his season-ending press conference.

(Our) guys played their guts out. I like the way they competed for this organization, for this city. I think it’s a team that people can be proud of, they play hard, they play honest, they don’t embellish, we don’t cheat, we play the game right. We play hard. -George McPhee

Who could he possibly be referencing that plays a different way?

Aside from the apology from the NHL, admitting that the Sharks were the benefit of a horrendous call that changed the series, McPhee obviously wasn’t a fan of some of the embellishing, and apparently cheating, the Sharks did in the series.

San Jose benefitted from a 114-105 penalty minute advantage in the series, and were called for more penalties than Vegas in just two of the seven games, in Games 3 and 4.

There was a lot of after-whistle garbage and even an after game scrum that left Cody Eakin with a broken nose.

It was a hard fought series, but clearly, the GM of the Golden Knights felt there were a few liberties taken by the eventual winner of the series. It doesn’t matter now, but there’s no question the Golden Knights franchise, from top to bottom, will be ready to make amends against San Jose as quickly as possible.