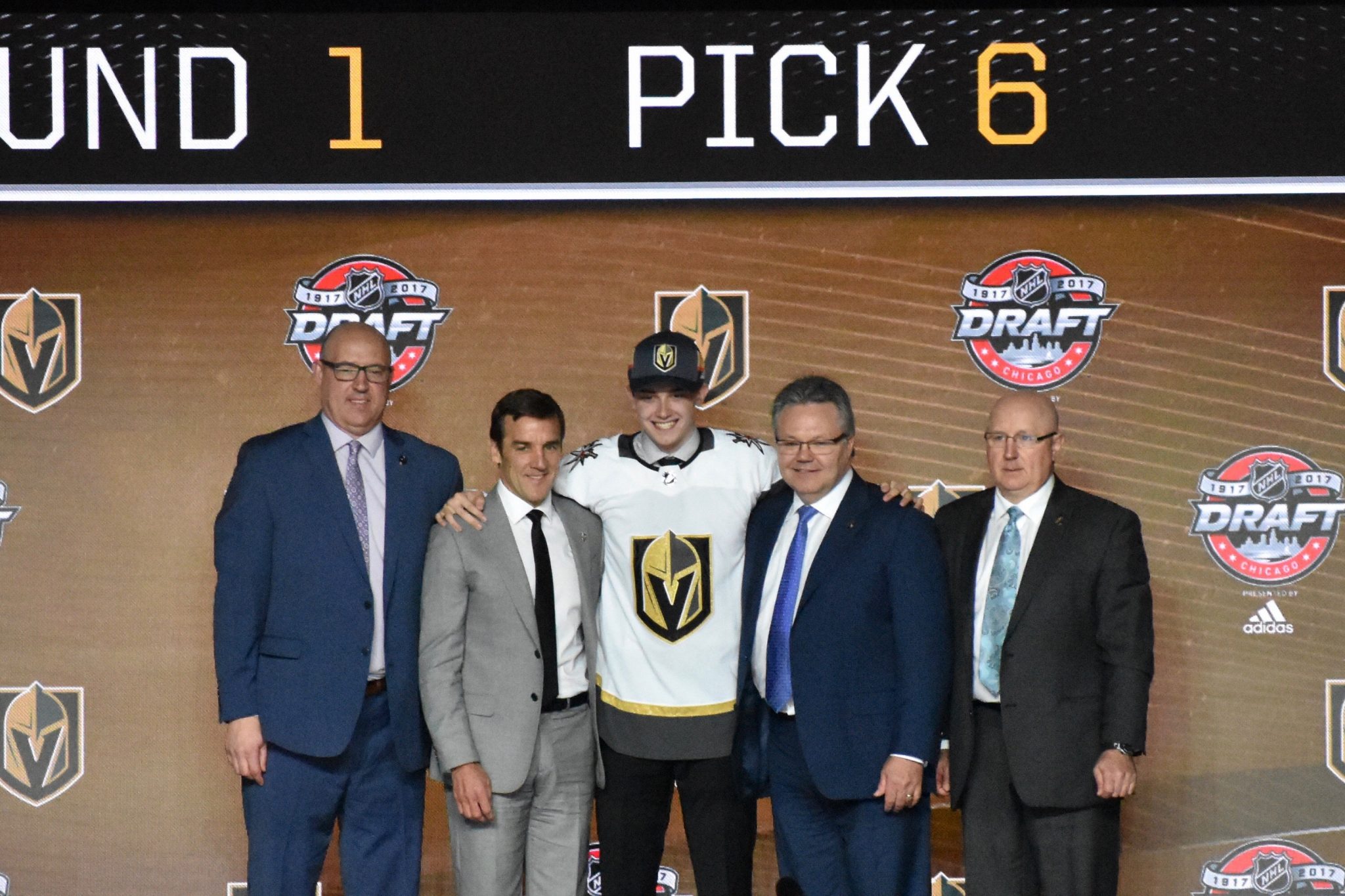 Vegas didn’t have a 1st round pick last year, they don’t intend on that being the case this year.

Historically, George McPhee is active around the trade deadline. Whether his team is good and he’s buying reinforcements (like he did last year in Vegas) or if he’s bad and selling for the future, McPhee normally takes advantage of the closing of the marketplace at the end of February.

In his 17 years in Washington, McPhee made a move at the deadline (within three days) in 15 of the 17 years.  Last year, McPhee pulled off three deadline trades, adding Tomas Tatar and Ryan Reaves and moving on from Brendan Leipsic making it 16 of 18 seasons at the helm he’s swung a deadline deal.

However, he’s in a bit of a bind this year in regards to future assets. Appearing on the Golden Knights official podcast, The Creator mentioned an unwillingness to move on from draft picks.

We’re going to be very careful about the draft picks, giving up draft picks, this year. You know we gave up a #1 last year and George is really committed to keeping that #1 this year. It’s a pretty good draft class. -The Creator

The Golden Knights currently have nine picks in the 2019 Entry Draft including two extra 3rds and two extra 5ths.

Aside from the few extra picks, the Golden Knights are not exactly stocked with tradeable assets. The only true position of strength is at defenseman with Erik Brannstrom, Nic Hague, Zach Whitecloud, and Jake Bischoff all projected to be NHLers. But, it doesn’t sound like The Creator has much interest in losing any of them either.

We have four really good d-men with the Wolves right now and they’re getting ready. They really are. You might see them up and down a little bit later on in the year. Definitely next year I’m sure we’ll be doing something. -The Creator

So, while history suggests McPhee will be interested in making something happen at the deadline, a bare cupboard may force him to sit on his hands.

If I had to guess, I’d still expect something minor, but everyone with their eyes on the blockbuster, it may have to wait a year.