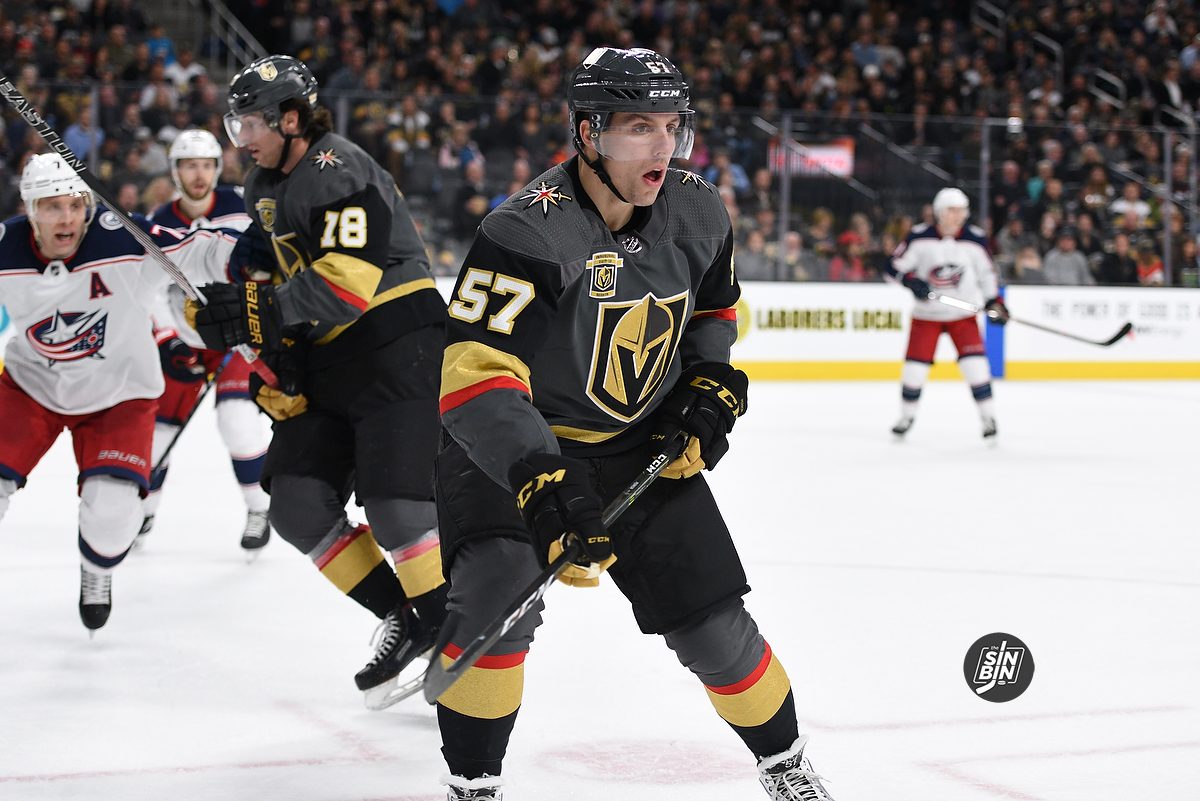 “If those two players walk at the end of the season, they walk. Vegas will deal with that.” (Photo Credit: SinBin.vegas Photographer Brandon Andreasen)

If you have an hour or so, take a listen to TSN’s Hockey Bobcast with Bob McKenzie. It’s on my weekly must listen list. This week the Bobfather discussed the needs of all thirty-one NHL teams as he looks ahead to the February 26th trade deadline. Here’s what he had to say about the Golden Knights.

Vegas, my goodness what a story the Vegas Golden Knights are this season. Never seen anything like it in all my time covering the game. They’re not just a good team, they are legit. They look like a legitimate Stanley Cup contender. Now how the hell can we be saying that? -Bob McKenzie, TSN

McKenzie had been running in circles trying to figure out this Golden Knights team. Now he’s starting to sound like George McPhee. McKenzie is confident Vegas management won’t “derail” the team’s success.

This is a legitimate threat, they cannot weaken their team between now and the deadline. -McKenzie

According to the TSN analyst, any open rumors about McPhee listening to offers for pending UFA’s James Neal and David Perron are officially dead.

Vegas was supposed to be a seller at the deadline, they’re not selling. They may not get contracts done anytime soon for James Neal and David Perron. Those guys are not going to be traded as rentals at the deadline. -McKenzie

Going further, McKenzie believes the front office isn’t concerned about expiring contracts at the moment. And, Vegas could end up making deadline offers instead of listening to them.

If those two players walk at the end of the season, they walk. Vegas will deal with that. General Manager George McPhee is playing his cards pretty close to the vest. My sense of it is, they’re still waiting up until the final moments of the deadline whether they actually want to get into the conversations on buying at the deadline. -McKenzie

Without messing with team chemistry McPhee may look to upgrade on offense. Possibly, a bottom six forward or… a superstar defenseman.

Scouting Ottawa? I hope the Golden Knights’ seamstresses are ready to stitch a W on William Karlsson’s jersey.