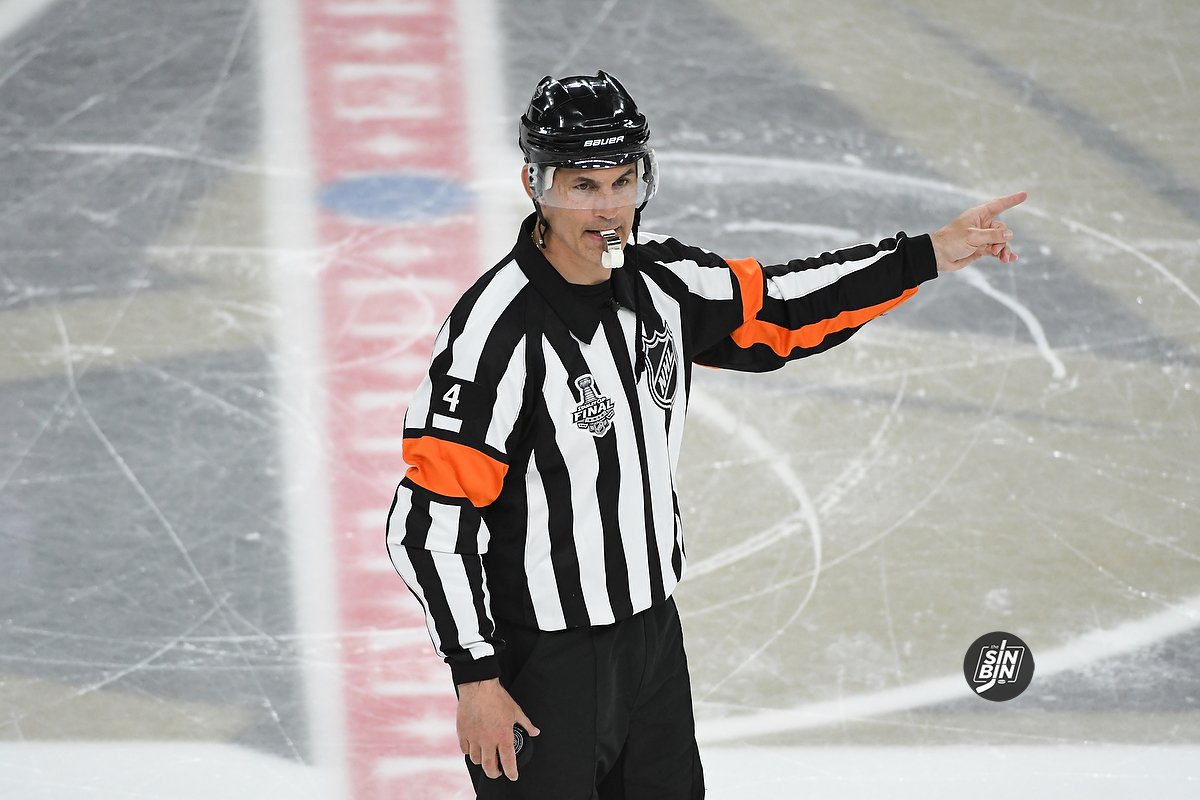 Time has passed since the #NotAMajor incident that helped lead to the Golden Knights season coming to a close far earlier than most had hoped. However, the topic of changing the rules to ensure something like that never happens again remains very much on the forefront.

The Golden Knights have three powerful voices that will be involved in the process of amending the rules this offseason and they each have a slightly different idea of what should take place in regards to video review.

My feelings are that we don’t need more video review in the regular season, in fact, I think a case can be made for less video review in the regular season. I do however, at playoff time, think the rules should be different with respect to video review. If it was as simple as reviewing any overtime goal for a puck that maybe hit the netting behind the glass or was hand passed or high sticked or whatever the different situations that might occur, I think with what’s at stake at that time of year it’s most important to get it right. That’s out of respect to the players and the game, ownership, fan bases, and everyone that’s fully vested at that time of year. I just think with what’s a stake at that time of year I do believe video could be used probably more to everyone’s advantage to make sure the right calls are made whenever possible. -Kelly McCrimmon

And then there’s The Creator, who didn’t hold back when he was asked two days after the incident at end of year media availability.

I believe it should be a reviewable play, coaches challenge. I think a coach should be able to challenge in the playoffs. That’s going to be up to the league to make that determination. I believe the league is thinking about it and I think it’s going to be receptive to that kind of change. We will have a Board of Governor’s meeting here in a couple of months and I’m sure it will be brought up and we will talk about it. I think that will be a good solution, despite the fact the Sharks fans were going crazy over the perceived hit. If it would have been a coach’s challenge, it would have been reviewed and that wouldn’t have been a penalty. -The Creator

As for me, I think the easiest solution is to add an official (or three) who sits in a room watching the game on television screens much like is done with the VAR system in soccer.

They have the power to overrule any call made on the ice. They would be in contact with the referees on the ice and the call would be changed instantly. If a call is missed, the game can be stopped and the call can be correctly assessed. Ultimate power in every call resides with the video review official.

Like the referees on the ice, discretion is to be used in making and overturning calls. This way, nothing egregious will be missed, goals will all be confirmed, and no longer will we have phantom cross-checks, hand passes, and whatever is going to happen in Game 5, 6, or 7 that will surely change the outcome of the Stanley Cup Final.