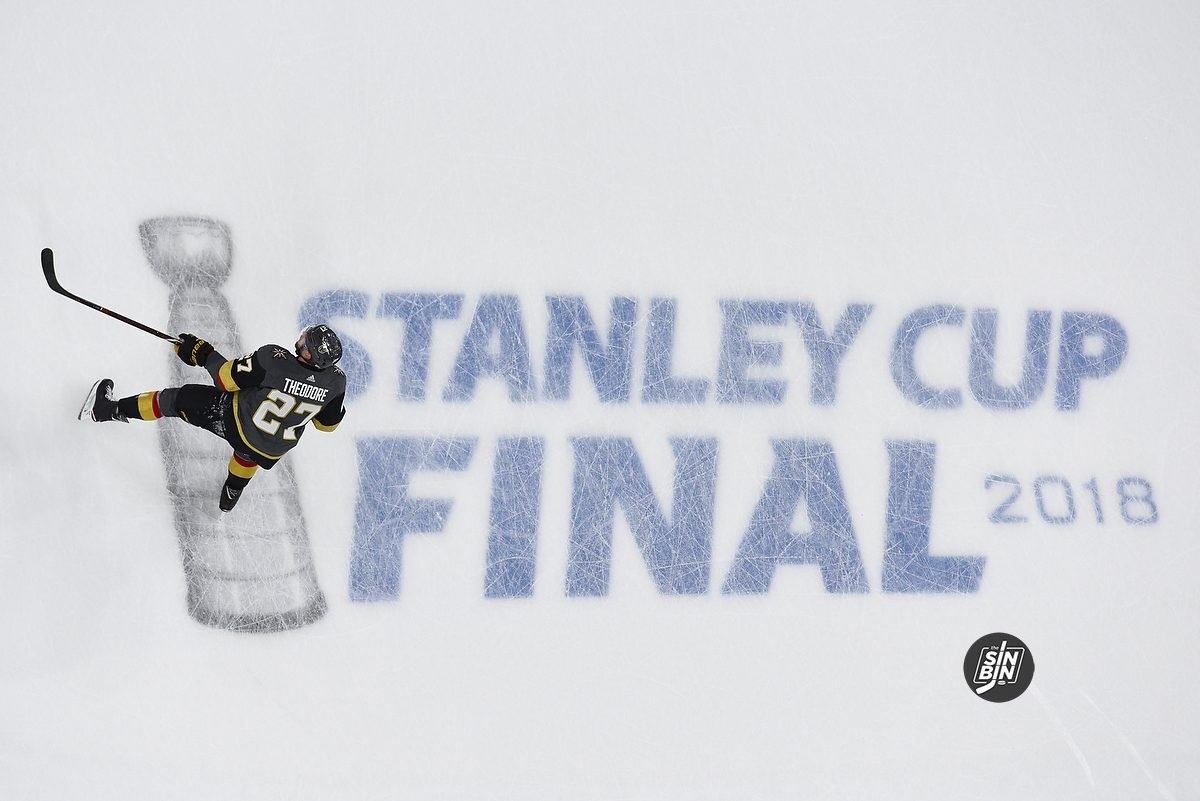 Jonathan Marchessault used the words “must-win” three times in the first two questions during his morning skate media availability. That term has been thrown around by others in the moments since the Golden Knights went behind 2-1 in the Stanley Cup Final, the deepest they’ve trailed in a series all postseason. However, the focus is inward, looking at themselves to get back to the style of hockey that’s gotten them to this point, something they believe they haven’t played in any of the three games this series.

We haven’t shown our game yet, that’s the reason we are down by one. -Pierre-Edouard Bellemare

Bellemare believes the fix is easy too.

Small details. Late on the forecheck, sometimes forwards are not reloading as hard as they have been all year. It’s the Final, so being close to a player isn’t good enough, you have to be on him. At the end of the day I feel like we’ve been able to play our game against any team we’ve played and it shouldn’t be any different if we are all committed to it, it’s as simple as that. -Bellemare

His message has also comes through on the ice. The Golden Knights fourth line has been consistently excellent in the series, scoring goals, checking both ways, and controlling play a majority of the time they are on the ice.

It’s just making the right play at the right time. If the play’s not there in the middle then just chip it (in). The best example is the Bellemare line, they play a simple game and they have a lot of success. I think we should definitely play more like that. -Marchessault

Jack Adams finalist Gerard Gallant isn’t so sure he wants his skill guys playing like Bellemare, Tomas Nosek, and Ryan Reaves though.

To a point, yeah, for sure. Belly and those guys play straight lines they work hard they contain pucks down low and the way they’ve been successful in this series has been outstanding. Do I want Marchy and them playing like Bellemare? No I don’t. I love Belly, he does his job the way he does it, but our first line has to play the way they’ve played all season long. -Gallant

Vegas can be, and maybe should be, the better team in this series, they just haven’t shown it yet.

Gallant is switching up the lineup a bit with Tomas Tatar coming in as well as another unidentified change possible.

This game has all the pieces that point towards a Golden Knights win. They usually don’t play poorly many games in a row, lineup changes usually pay off, and when they describe a game as a “must-win” they’ve been virtually unbeatable.

But those were the Golden Knights that that ripped through the Pacific Division and stormed to the Western Conference with a 12-3 record. Those Golden Knights haven’t made an appearance in the Stanley Cup Final. Either they do tonight, they regain control of the series and it’s just another great moment in this incredible story, or they don’t and the proverbial “other shoe” will have finally dropped.