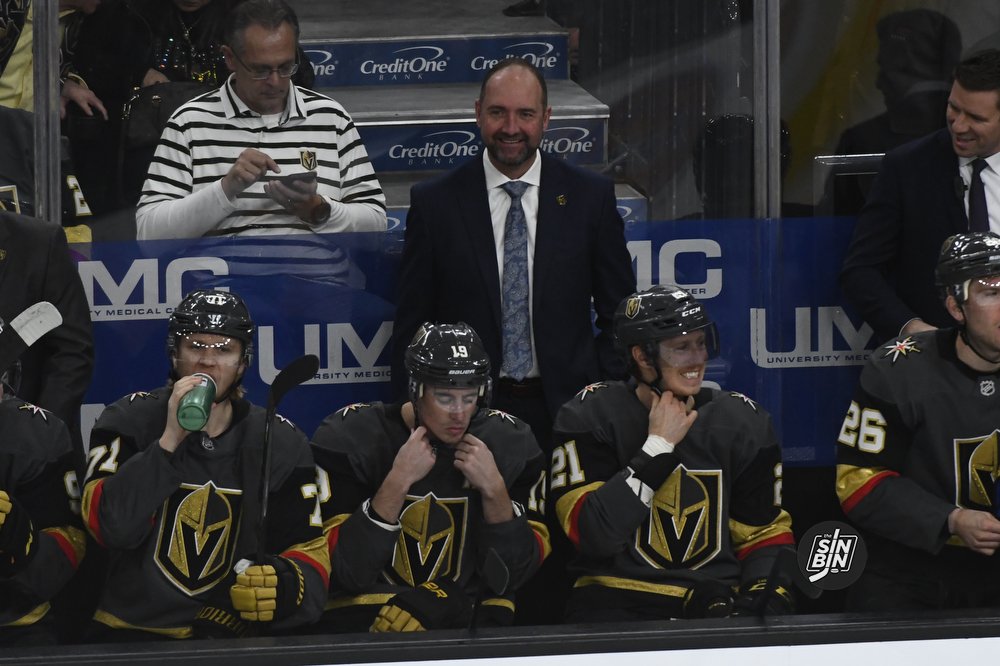 As the Golden Knights head into season six with their third different head coach, the two previous will each stand behind an NHL bench vying for the same prize neither they nor Vegas have yet to secure.

Gerard Gallant will attempt to build on a magical playoff run that had the New York Rangers within two wins of the Stanley Cup Final. While Pete DeBoer will take over the team that has ended the Golden Knights’ season two of the last three years in the Dallas Stars.

When Gallant was let go in the middle of Vegas’ third season, players were not shy to talk about how much he will be missed and the shock of seeing him let go. But for DeBoer, being relieved of his duties a few weeks into the offseason, public comment from Golden Knights players on his departure have been sparing.

That was until a now former Golden Knight spoke glowingly about him in a recent podcast episode.

Pete DeBoer, probably the best coach I’ve had to date in terms of getting the best of me. He said “I always notice on the scoresheet when you have a bad first period or a bad couple shifts that you have like five or six hits. We don’t need you running around like an idiot. Your job is to score goals and create offense.” It was so relieving to hear because it was so ingrained in me that if you aren’t scoring you have to make a name for yourself. But it’s like don’t run yourself out of position when it’s your job to create offense. –Max Pacioretty on Raw Knuckles Podcast

Pacioretty said DeBoer’s meticulous system was a big reason why the Golden Knights were constantly in the mix to win the Cup.

DeBoer will take that “flawless” structure to Dallas while Bruce Cassidy will attempt to instill his own virtues on the Golden Knights moving forward.

No one is denying that the Golden Knights are in good hands under Cassidy, but the string of positive remarks about the previous two coaches would have anyone wondering if coaching has ever been the issue in Vegas.

Pacioretty On Laid Back Atmosphere In Las Vegas