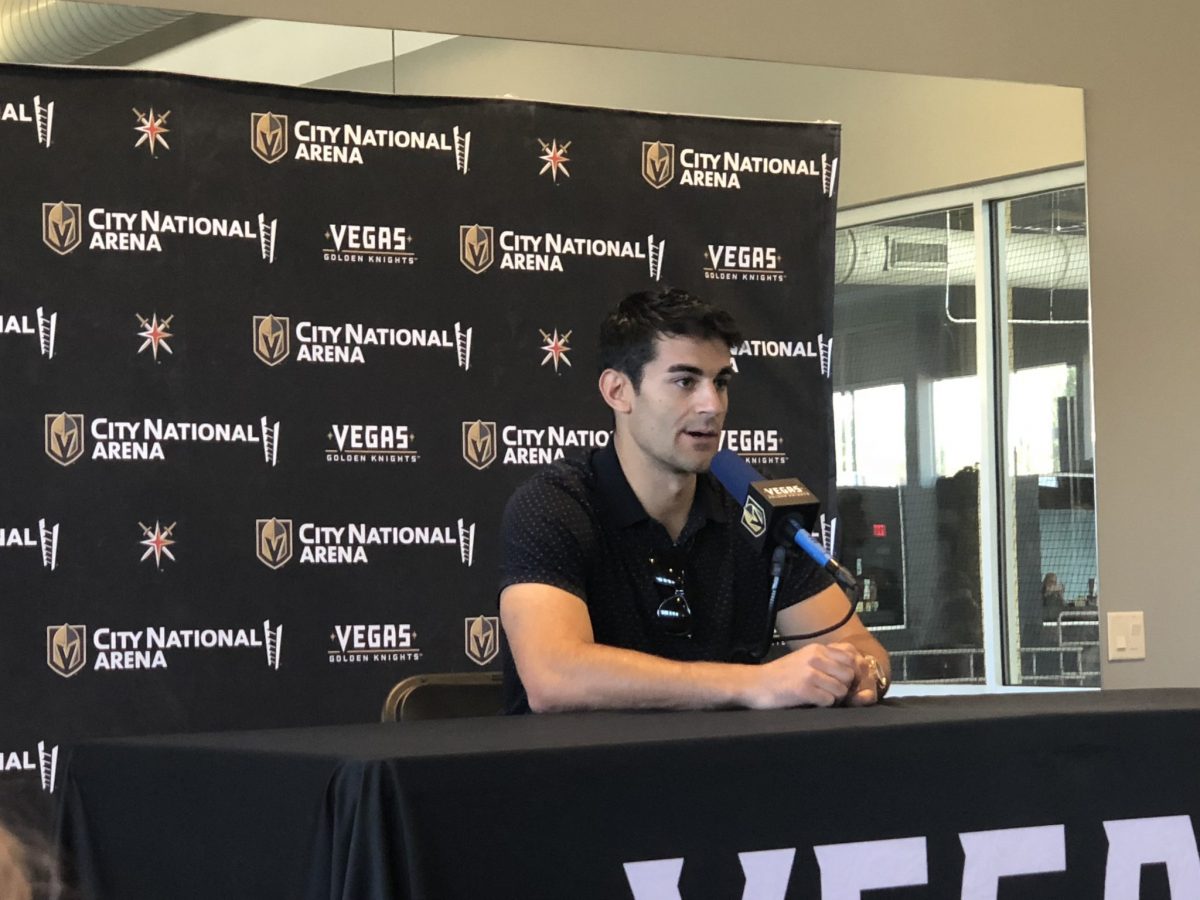 Max Pacioretty met with the media for the first time today, and he could not stop gushing about how much he loves Las Vegas.

He’s genuinely really excited to be here, and in time, he’s going to become a fan favorite.

I’m very excited to be in Vegas, this is a new chapter in my life and I’m ready to be a part of something that they are building here in Vegas which is really special, so I’m honored to be here. -Pacioretty

The best way to put it was, if I had gotten taken by Vegas in the Expansion Draft I wouldn’t be feeling the way I am today. Everyone had questions marks about what this franchise was going to be like. Everything thinks of Las Vegas about what it is on the Strip and nobody knew this was going to turn into a hockey town. We played here late in the season last year and before we played here friends around the league were reaching out and talking about the experience. Until I saw it with my own eyes, I didn’t really believe it. I’m not sure exactly what I said something along the lines of it was one of the most amazing hockey experiences of my life. -Pacioretty

I woke up this morning around 4:30 and I was just wandering around here (City National Arena) at 5:00 in the morning and came in the rink and the guy downstairs in front said, “you want to go see the room.” I said sure. So I was in the room at 5:30 and was looking around, then I came back around 8:00 or 8:30 and I’m just completely blown away. Just like when I came when we played here in February, they just do everything the right way. When I talked to George, I never heard him say it, but I got the feeling that’s what they did. I feel like their goal was to go out and seek the best in every department and make the dream team. You see it here at the facility and with the locker room, there’s nothing missing. It’s got to be the best I’ve seen. -Pacioretty

When I had to agree on an extension, my kids are old enough to kind of know what’s going on and they said what team are you going to and I said Vegas. So he went up to his bed sheets, and he has all the teams on his bed sheets, and he said “which ones Vegas,” and the bed sheets are old so it didn’t have Vegas. So I said, no no no, it’s not these teams, it’s the one with the show in the playoffs. And he’s like “oh my God,” he couldn’t believe it, so we went on YouTube and we put in the show and it was all the playoff shows. It was the Imagine Dragons playing before the teams came out, it was the ceremony before each round and I feel like this organization has changed the game. -Pacioretty

Right now it’s that first game. I put on the gear today and it was special, but that first game, hopefully, I get my family here, it’s going to be really special. -Pacioretty

I’ve gotta be honest, yeah she was worried about the kids and the schools. As soon as I left the rink, I still had goosebumps, I was all fired up after we played them. And I said, if I’m a free agent, we’ve got to come here, this place is unbelievable. And she said it’s crazy there, the Strip, you know, it’s not good for kids. It’s crazy how we have this misconception and you don’t know what the reality is so we just assume you are all living in a casino. (After speaking to Fleury’s wife) Now she’s very very very excited to come here and to bring the kids here and to start this chapter of his life. -Pacioretty

It’ll be fun to go into the Bell Centre (Canadiens) wearing the shield. -Pacioretty

How do you not love this guy?