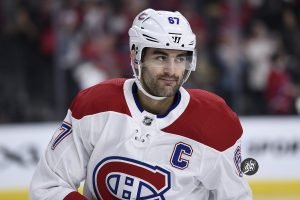 Moments after being traded to the Golden Knights, the former Montreal Canadiens captain signed a four year, $28 million extension in Vegas.

Pacioretty had one year left on his previous contract so is now signed with the Golden Knights for the next five seasons through 2022-23.

His contract has a limited No Trade Clause that beings in 2019-20 that will allow him to veto a trade to 10 teams.