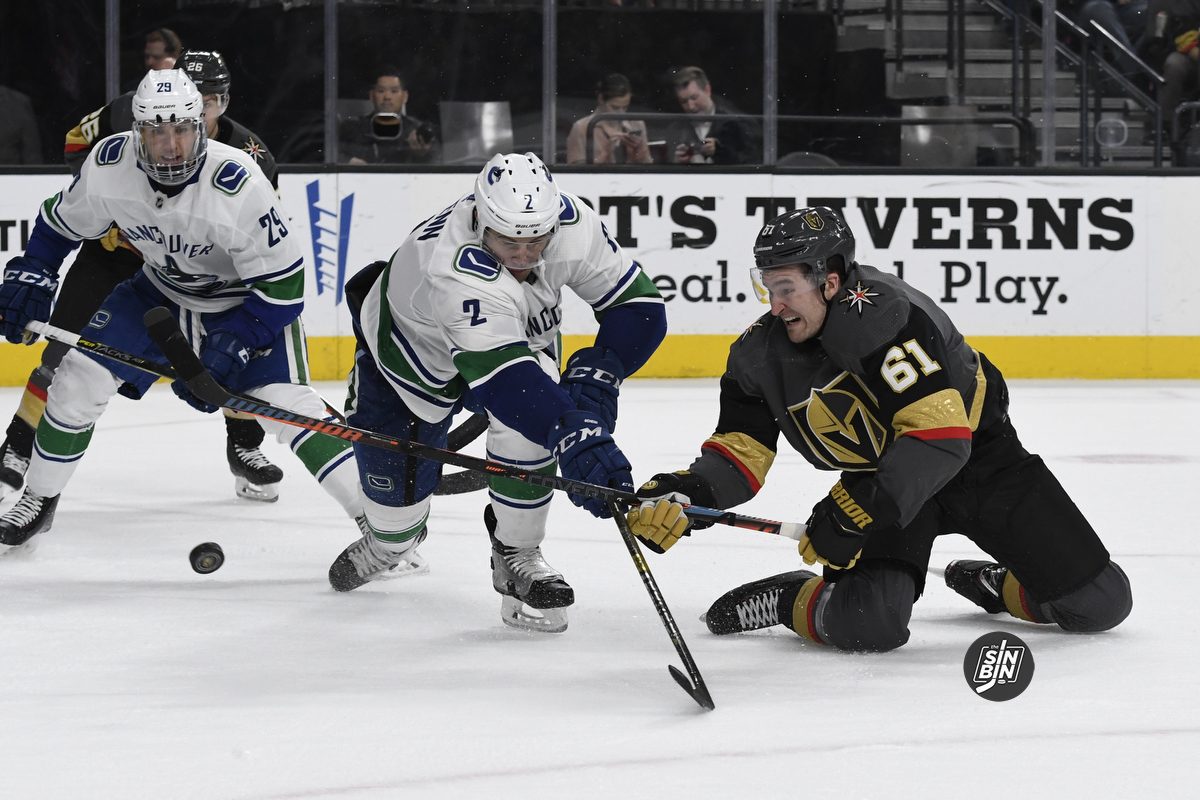 On October 14th the Golden Knights headed to Los Angeles to take on the Kings in their home opener. The game couldn’t have gone much worse for Vegas. They were dominated in every facet on the ice and to add injury to insult captain Mark Stone had to leave the game in the second period on a non-contact injury.

Stone immediately hunched over in serious pain and needed assistance to get off the ice and eventually down the tunnel. After the game, we learned that Max Pacioretty had also broken his foot in the game and the reports we were hearing at SinBin.vegas was that the team feared Stone’s injury could be even longer term than the 4-6 weeks on Pacioretty’s foot.

At the time, Pete DeBoer revealed Stone had been “dealing with something off and on” and that it finally “just locked up on him” which had everyone majorly concerned.

It was later revealed by Pierre LeBrun of The Athletic that Stone’s injury was to his back. What we found out Saturday night though was that this was something Stone had been dealing with for quite a while, and that it finally appears to have been solved.

With the medical staff, myself, the physical training staff we’ve done a good job getting it solved, getting my body into a position to feel comfortable on the ice, which I hadn’t for maybe a while and I kind of fooled myself into thinking I felt great. I’m happy now that I was able to take that time. -Stone

Stone missed just one game last season and six the year prior, while participating in all 39 playoff games the Golden Knights played.

After each season he was asked if he was playing injured at any point during the playoff run, both times he firmly answered “no.” It seems now though that maybe he was and he didn’t even really know it.

I felt like tonight was the first time I actually felt comfortable coming back into a game so I made my return tonight and I feel good going forward that I’m going to get through the season and I feel as strong as ever. -Stone

Stone has consistently been one of, if not the, best player on the Golden Knights for the last three years, and it seems he’s been doing it while not even operating at full health. Now, he’s back, and “as strong as ever.” That has to be terrifying for the rest of the NHL to hear.

Golden Knights Home Underdogs For Just The 10th Time Ever; Stats And Notes