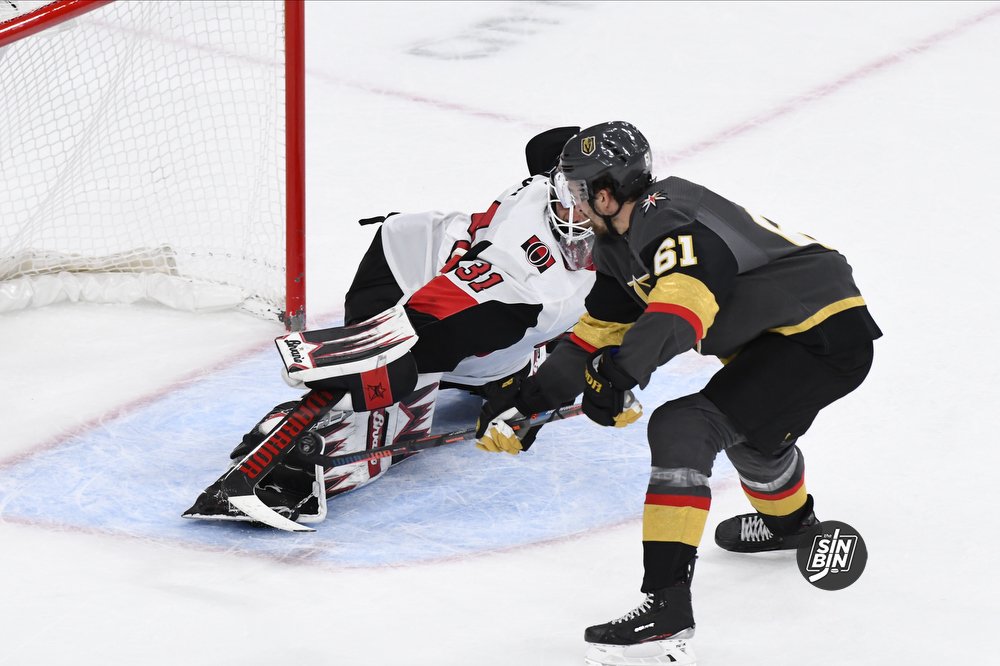 Mark Stone has three goals and three assists in the last 17 games.

Paul Stastny has three goals and no assists in those same 17 and he’s gone 21 games since his last assist.

That’s three players the Golden Knights expect to score who simply aren’t and especially at home.

For us guys at the top of the lineup, we have to capitalize on our opportunities. -Mark Stone

It’s hard to point at any of those three, or really anyone in the Golden Knights top six and say “that guy is playing poorly.” None of them are and in fact, at times, each of guy in that group has had games where they are Vegas’ best player. However, there’s no question that the team needs more scoring from their best players and it starts with Stone.

I put pressure on myself whether we are winning games or losing games. I need to contribute. Not just points, but on the penalty kill and be good defensively, but of course, I’m an offensive guy, I need to capitalize. -Stone

Last night against the Rangers, the Golden Knights had the game in their grasp. They created 23 scoring chances in the 1st period while allowing just four. 13 of those 23 were considered high-danger by NaturalStatTrick.com and yet, Vegas came away with nothing.

A couple chances the other way and suddenly the Golden Knights were staring at a big 2-0 hole.

You look at some of these games and I’m one of the main guys who could have broken that game open today. Our line had four or five high-end shifts, we need to capitalize on the scoring chances. -Stone

It’s been a problem all season for this team. They are 2nd in the entire NHL in expected goals scored, yet rank 17 in actual goals. They lead the league in scoring chances, yet have just a 50.7% scoring chance goals percentage. They’ve created the 2nd most high-danger chances in the league, yet are shooting just 16.3% on them good for 25th in the NHL.

We’ve got to have that killer instinct to get that first goal and get our croud into it. -Stone

It’s about finishing, and the Golden Knights aren’t doing it enough and according to Stone, it’s on the top guys in the lineup.