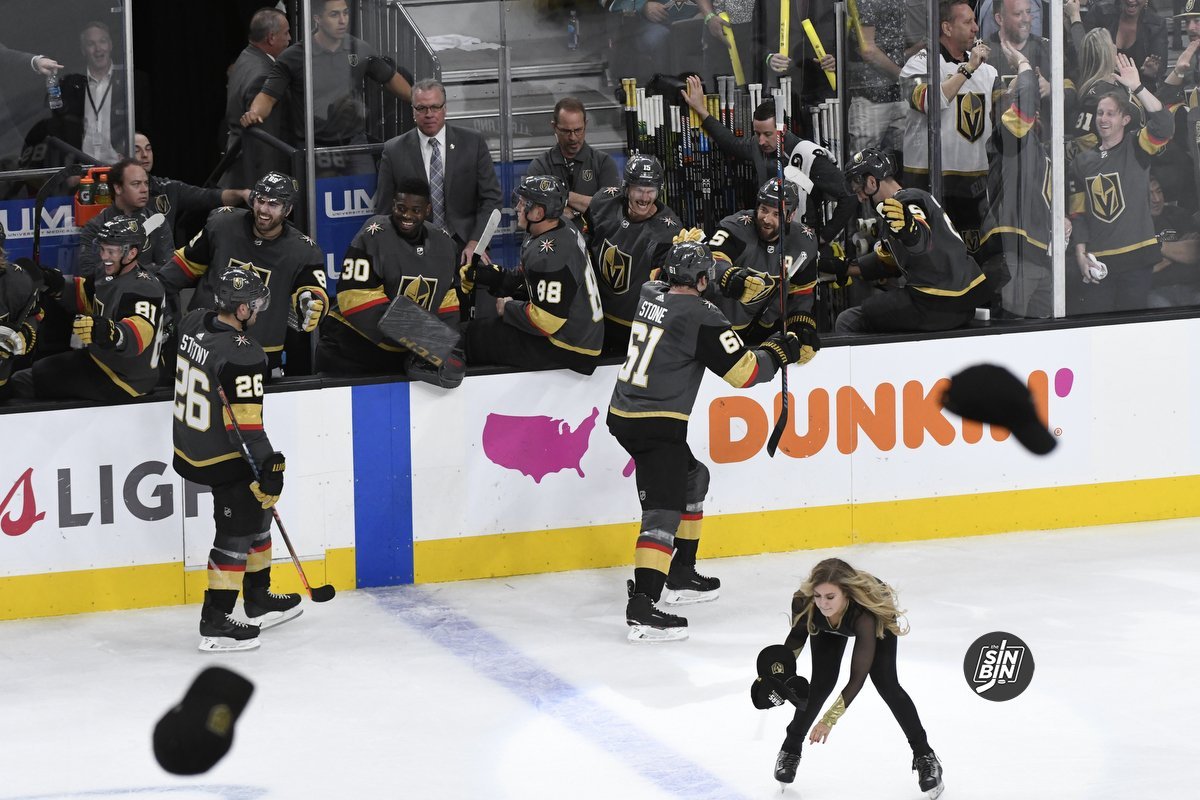 This morning in Slovakia, Mark Stone scored a hat trick for Team Canada at the IIHF World Championships. He has five goals in five games and his linemate, Jonathan Marchessault, has put up two goals and four assists of his own. Simply put, the Golden Knights duo has been shredding defenses for Team Canada.

Their success together has led to a pretty obvious question, should that pair be a part of a line when they get back to Vegas?

Any time I consider the possibility of a new line combination the first thing I do is check how they’ve done while playing together. In the case of Marchessault and Stone, it’s been almost all on line changes when one gets stuck out on the ice with the other. In the regular season and playoffs combined, that happened for a total of 20:15 at 5-on-5.

In those 20 minutes, the Golden Knights scored twice and generated 12 shots on goal. They also created 10 scoring chances with five coming in high danger areas. Pretty darn good for a pair that doesn’t actually play together.

So, if it were to happen, who would play in between them?

Well, that could go one of two ways, either with Paul Stastny or William Karlsson. Here’s how I’d project it with each player in between Marchessault and Stone.

Both options look pretty good, but the third line on that second option is downright scary. The idea of replacing Marchessault with Gusev makes a lot of sense as they play a similar style of game. Also, Gusev’s defensive deficiencies (which we aren’t even sure if they are real yet), would be covered up by Karlsson and Smith. Of course, this is assuming Haula does indeed take a center spot, which may not happen.

Either way, the options are going to be there for Gerard Gallant when the Golden Knights return to Vegas for training camp in September. It will be interesting to see how much tinkering he does with his new glut of highly skilled forwards.

The Golden Knights have seven preseason games. You’d have to think Stone and Marchessault find their way on a line together in one of them, it’ll be up to them to make it as successful here as it’s been in Slovakia.