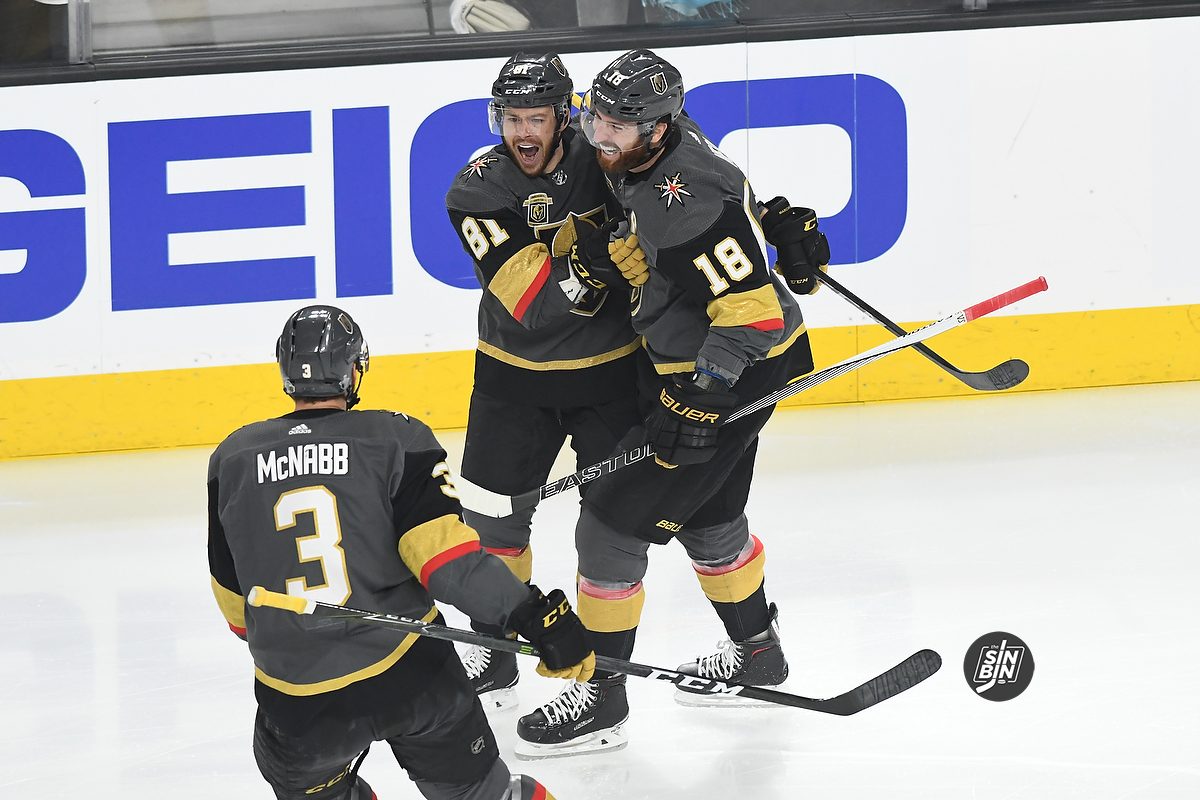 The man who was recently described by his coach as a “cocky little guy” who “jumps around in the locker room and he has lots to say” has elevated his game to a Conn Smythe level over the past two rounds of the playoffs. Jonathan Marchessault now has eight goals and nine assists to lead the Golden Knights with 17 points in the playoffs.

But as impressive as he’s been off the ice, the “little guy” has been making quite the statement showing up to games at T-Mobile Arena recently.

and then there's arriving in a Vegas Golden Knights Lamborghini, like Jonathan Marchessault did pic.twitter.com/PiCgZWjdqP

Marchessault went on to score 35 seconds into Game 3 and then capped off the victory with an empty-net goal becoming the first player in NHL history to score in the first and last minutes of the same playoff game.

Today, we had a chance to catch up with Marchessault prior to Game 4 and he had a lot to say about the Lambo, his old Hyundai Elantra, and much more.

First time was like when you are 12 years old and you are going on a go-kart, it was pretty much the same thing. -Jonathan Marchessault