It was fun. A little lucky because I didn’t stop the first one it was off the crossbar right? It’s cool when you get those second chances to redeem yourself and yeah it was a lot of fun. -Marc-Andre Fleury

I just enjoy it, have a little giggle, a little smile. I’m just happy it didn’t go in. -Fleury

Lots of emotions because he beat me with the first shot so I wasn’t happy. Then I heard the post and I thought, oh yeah maybe it’s not in and then I found the puck and I had to dive for it and I got a piece so it was good. -Fleury

I don’t think the guy shot it as hard as he wanted to so I had a little time to react to it I think. -Fleury

I didn’t know how he saved it, he just threw his body across the crease. It was like a save you see in mini-sticks or something and he ended up just pulling it off. -Cody Glass

Yeah, he does it all the time. It’s good to see him be that unbelievable. -Shea Theodore

It kind of took a weird bounce off the ref or the corner and the guy got some good wood on it but Flower is juuuusssst a little bit quicker. -Theodore

I feel like he’s done that so many times, but yeah that’s incredible. He’s one of the best for a reason and that’s one of the reasons right there. -Jon Merrill

Probably pretty similar to everyone in the building. Just draw dropping, just in awe of him. What came to my mind right away is he’s worth the price of admission every night for sure. -Merrill

I was like, ‘wow, like what’s going on.’ He was unbelievable again tonight and he saved our ass again. -Tomas Nosek

He’s pretty incredible when he makes saves like that. As a coach you’ve come to expect that from him. He makes those saves, he’s acrobatic, he never gives up on a puck and it was a big save obviously. -Gerard Gallant

I thought it was a goal, when I looked at it. That’s Marc, he just never gives up. -Gallant

It was obviously a great save, and took away a good opportunity… He made it tough. -John Tavares

"As a goalie, those are the saves that make you feel like a player like you scored a goal. I'm just happy it didn't go in." -Marc-Andre Fleury pic.twitter.com/S0YNGzHJpt 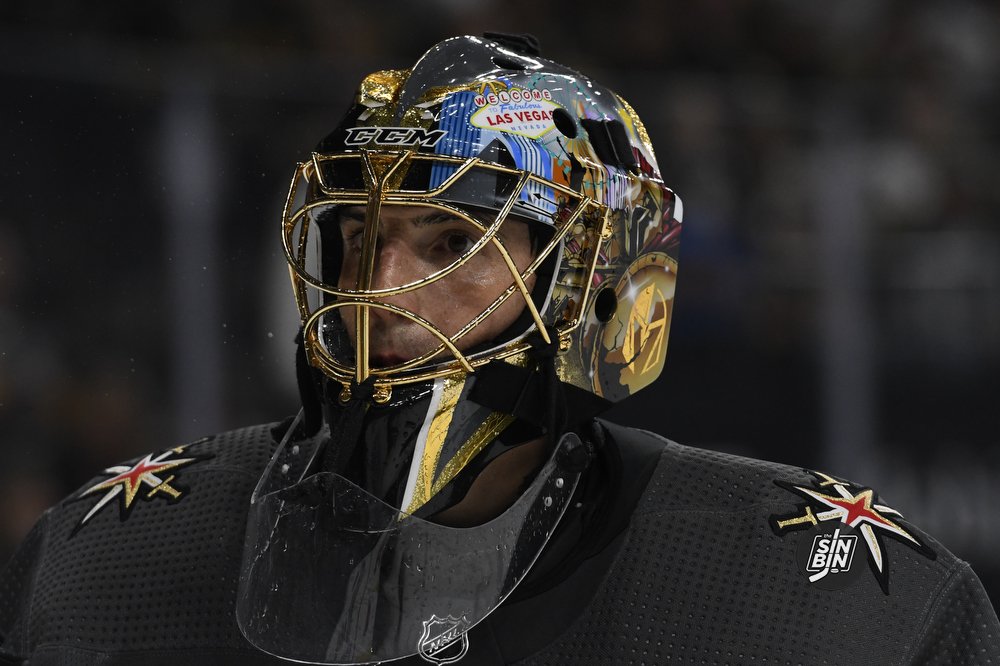