It’s been almost a month (October 13th) since Vegas Golden Knights goalie Marc-Andre Fleury took a knee to the face which sent him to the IR with a concussion.

Today, he returned to the ice at the Golden Knights practice facility. 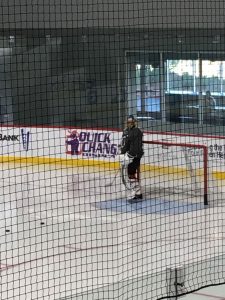 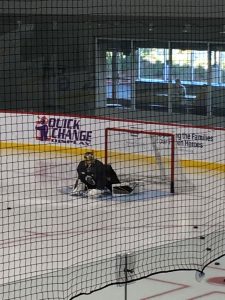 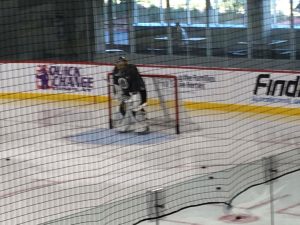 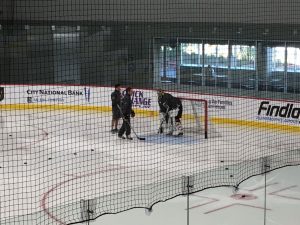 (Stick tap to Michael Mevorah for sharing the pictures.)

Previously, Gerard Gallant said that it would be “4 to 5 days” after Fleury returned to the ice that he would be ready to play in a game.

Couple this news with a tweet claiming Dylan Ferguson is expected to return for the Kamloops Blazers games on Friday and Saturday, and it looks promising that Fleury will come off IR soon, maybe as soon as for Friday night’s game vs. the Winnipeg Jets.

Blazers expecting G Dylan Ferguson to return from Vegas Golden Knights in time for games this weekend against Red Deer and Seattle. #WHL

The Golden Knights return to the ice for a full practice tomorrow and with a press conference with Gallant following.

Stay tuned for more info over the next few days, but it certainly looks like Fleury is getting close.

#88 In Your Program, #1 In Your Defensive Pairings