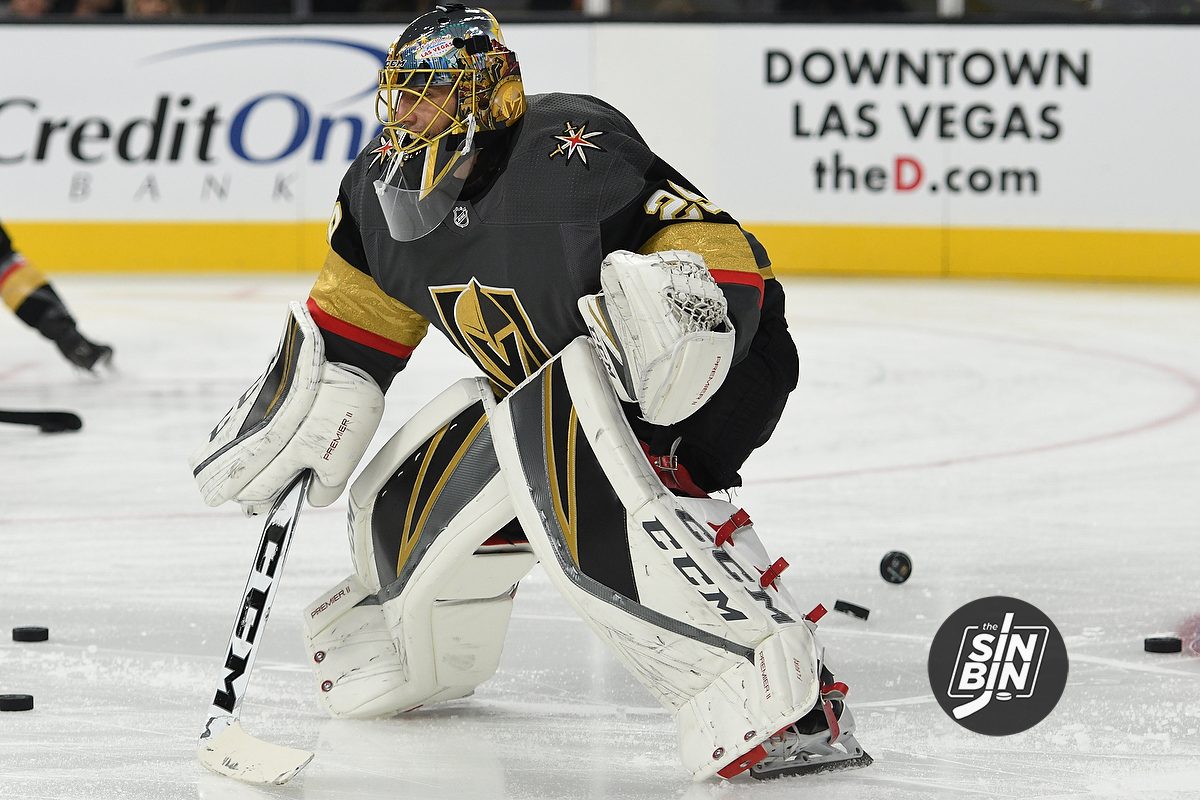 We are now just one step away from Marc-Andre Fleury making his return to the ice after missing nearly two months with a concussion.

It was great being back on the ice with my teammates for a full practice today. I am hopeful that I can join the team for game action soon. We have been playing well and I am looking forward to getting back and doing what I can to help the team win. -Fleury

Fleury cleared his neurological exams last week and today he made his return to the ice as a full participant in the team’s final practice before heading to Nashville and Dallas.

Fleury is traveling with the team as the Golden Knights are taking their “Dad’s Trip,” but he is not expected to be activated off the IR for either game.

Following this road trip the Golden Knights return home for a five-game homestand. We likely won’t get any word on the exact date he’ll be back in the net, but there’s no doubt that December 14th game against his former team, the Pittsburgh Penguins, looks like the target.