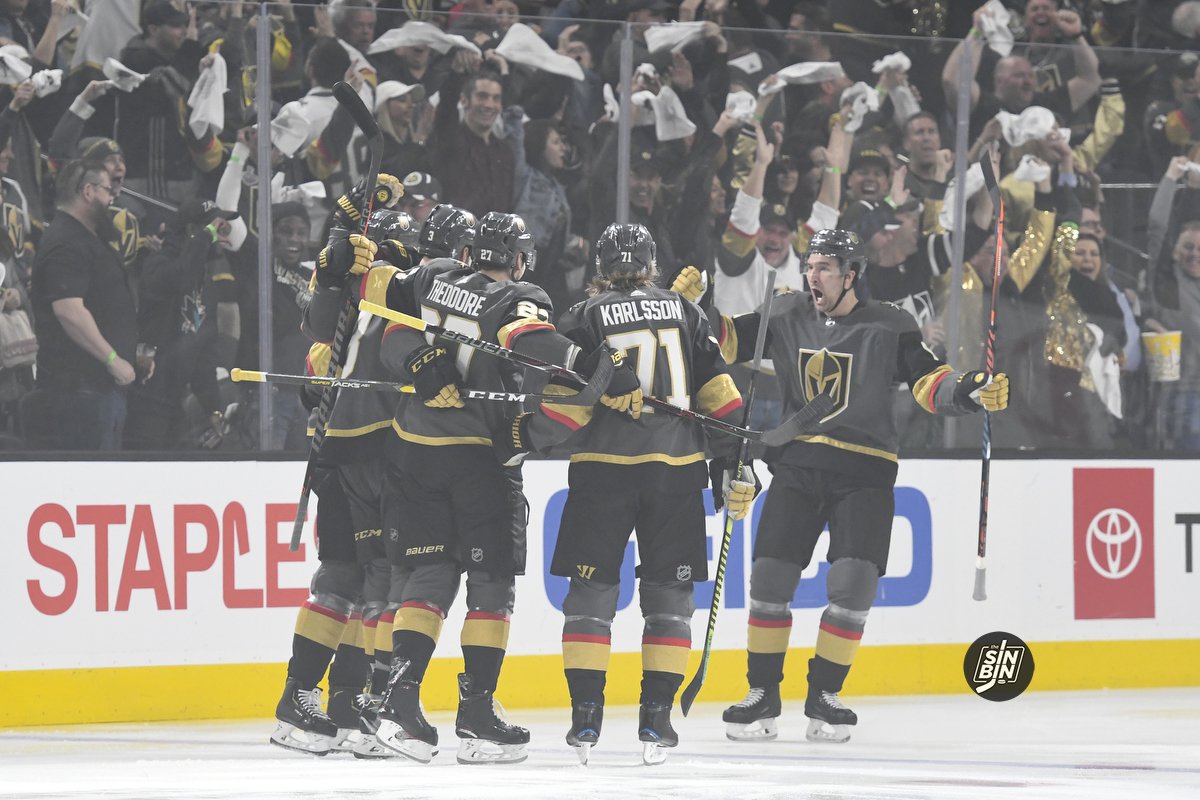 One of the bigger changes expected with Pete DeBoer taking over for Gerard Gallant was a little more reliance on top players as opposed to rolling four lines and three pairs.

We expected to see a lot more Mark Stone, Shea Theodore, and William Karlsson, while less Nick Holden, Ryan Reaves, and Tomas Nosek. In the regular season, we saw just that with the defensemen, but the forwards actually saw their TOI decrease slightly after the coaching change.

The playoffs are a different animal though, one where coaching decisions are magnified. The largest of coaching decisions is deployment, which players play when and for how long. The expectation was there would be more of a hierarchy under DeBoer than Gallant, while in reality, there were slight changes, but not what you might expect.

Both DeBoer and Gallant used the Pacioretty/Stone line (which was centered by Stastny in 2019 and Karlsson in 2020) for exactly 31% of the game. That’s a little less than 19 minutes per night.

Meanwhile, the 2nd line, with Smith and Marchessault, is where we find the change with the forward group. Gallant leaned heavily on the line that essentially carried the 2017-18 season, Smith, Karlsson, and Marchessault. But when DeBoer came in, their time was curtailed a bit. Where they were nearly equal to the Pacioretty/Stone line in the 2019 Playoffs, DeBoer decreased their minute load by around a minute per night.

The numbers remained far from the balanced “roll four lines” narrative that dominated the first season, but it is a bit surprising to see DeBoer, not Gallant, lean more on the 4th line.

As for the defensemen, the biggest change here was in the decreased role for the 3rd pair. Gallant used his 1st (McNabb/Theodore) and 2nd (Schmidt/Engelland) pairs nearly identical minutes in the seven-game series. The 3rd pair (Merrill/Miller) lagged behind by about five minutes a night.

That gap widened under DeBoer. He leaned heavily on his top four while neutering his bottom pair. The top four averaged about 45 minutes a night combined while the 3rd pair (Holden/Whitecloud) saw just 15.

Theodore and Martinez clearly became the top pair for DeBoer, while McNabb/Theodore and Schmidt/Engelland were nearly even with Gallant.

So, what does that mean we should expect for next season?

We can probably expect to see a lot of Alex Pietrangelo. Those minutes aren’t going to be taken from Theodore though, which means, the 3rd pair will be seeing the ice even less. Up front, we’ll probably see much of the same, about a 31/28/25/16 breakdown.