The Golden Knights made waves at the opening of free agency, but not exactly the way they usually have. This year, rather than seeking out the blockbuster trade or being in on the biggest free agent, Vegas’ only trade was a salary dump and their remaining action on the market was mostly AHL depth pieces.

However, if we’ve learned anything in the past, what may look like a depth add in July could become a crucial player in a playoff run.

The Golden Knights added five such players, all on contracts valued at exactly the NHL minimum. Let’s learn more about them all.

As an undrafted free agent playing in the NCAA, Foo first attracted the attention of the Golden Knights during his monster third season at Union College in 2016-17. He scored 26 goals and added 36 assists in 38 games in the ECAC. Vegas ultimately lost the race to sign Foo in the summer of 2017 as he inked an entry-level deal with the Calgary Flames.

Foo played just four NHL games in his rookie season and they still stand as the only four he’s played in his career. He did score twice in those games including one against the Golden Knights in the final game of the 17-18 regular season.

After that stint in the NHL, Foo spent his entire second professional season in the AHL with Stockton. He then departed for the KHL, playing for these China-based Kunlun Red Star, where he’s been each of the last three seasons, and has posted 76 points in 154 games.

Foo played in the Olympics in 2022 and scored China’s first-ever goal in men’s Olympic ice hockey.

He’s a strong skater who loves to live in front of the net, has a good hockey IQ, and a knack for scoring goals.

The only one-way contract the Golden Knights handed out was to this 30-year-old Finnish KHL standout. Manninen was measured at 5’6″ when he played in the Olympics this past winter, however, he has been listed at 5’8″ in both the KHL and now NHL.

Manninen has been a goal-scorer and a point-collector at every level he’s played at. Most notably, he led the 2019 IIHF World Championships in points and netted the game-winning goal to help Finland win the 2022 competition. He scored four goals at the 2022 Olympics and notched two in the 2018 Games in South Korea.

He had been tearing up the KHL, producing at nearly a point-per-game pace for the past three seasons with Salavat Yulaev Ufa, but walked out on the league the moment Russia invaded Ukraine.

He’s an above-average skater who holds the puck much better than most his size and has a deadly shot, especially on the power play. 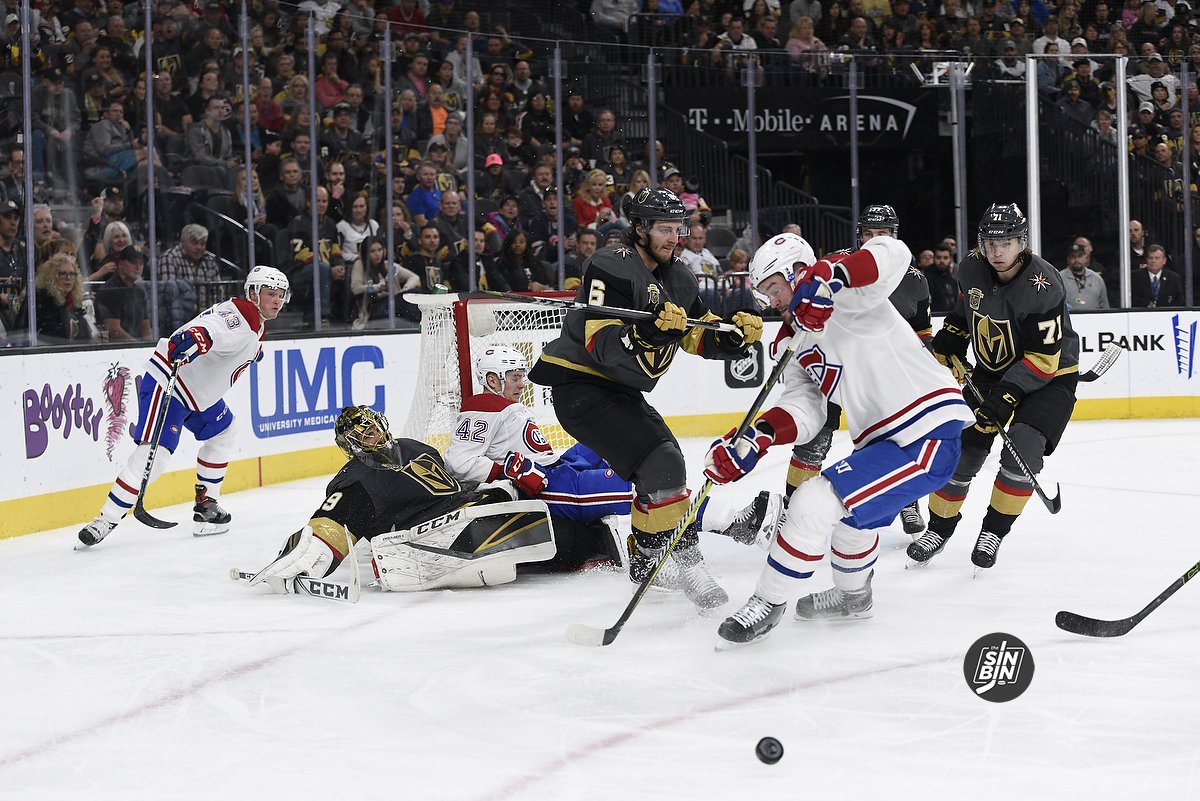 Pronounced “freeze,” Byron was selected by the Chicago Blackhawks in the 4th round of the 2009 Entry Draft, one pick before Ben Chiarot. The 31-year-old signed in Chicago but never made an NHL appearance with the Hawks. He bounced between the AHL and ECHL for his first four seasons before receiving his first NHL call-up in 2015 and scoring his first goal the same year.

Froese has played 116 NHL games for the Maple Leafs, Lightning, Canadiens, and Flames, scoring just six goals and 11 assists. His AHL stats are much stronger, as he’s produced at more than a half-point-per-game with 247 points in 400 games over 12 years.

He scored one goal and added nine assists in 10 playoff games for the Stockton Heat last season and shredded the Silver Knights in the regular season scoring 4 goals and 4 assists in 6 games.

He’s a strong physical center that scores most of his points by standing directly in front of the goalie.

An undersized (5’10” 165) right-handed winger, Rempal is still looking for his first NHL goal, having made 11 appearances over a three-year span with three different teams.

Rempal dominated the AHL with the Abbotsford Canucks last season scoring 33 goals and registering 69 points in 55 games. He was undrafted playing in the BCHL before heading to Clarkson University for two seasons. His first NHL contract came with the Los Angeles Kings in 2018. He was not tendered a qualifying offer at the end of his entry-level deal which saw him sign two-way contracts with the Hurricanes and Canucks.

A gifted offensive player his game has lacked the speed necessary to play at the NHL level.

Once upon a time, Hutchinson was in the running for Rookie of the Year in the NHL, ultimately finishing 8th in Calder voting in 2014-15 (Aaron Ekblad won, Mark Stone got 2nd). Since he’s become the classic journeyman goalie bouncing from team to team between the NHL and AHL.

Vegas will become Hutchinson’s 5th NHL team in the last six seasons, having started more than eight games in a year just once (2019-20 with TOR). He has started against 29 of the NHL’s 32 teams but has never made an appearance against the Golden Knights.

He struggled last season allowing six goals on 42 shots in two games with the Maple Leafs but has posted a career .905 save percentage and 2.79 goals against.

A big goalie, Hutchinson is prone to going into butterfly early to close off the bottom part of the net and allow his size to cover the top. Like Logan Thompson (and prospect Isaiah Saville), he catches with his right hand.